Dust off your scuba gear and get out your breathing apparatus because this week we’re going deep as Djebali steps up to helm the DT podcast. Having grown up in the vibrant Parisian scene of the early noughties, it wasn’t long before he cut his teeth at some of the finest hangouts the City Of Lights has to offer, quickly developing a name for himself as one of the town’s best DJs having made numerous appearances at Rex Club and serving as resident for Freak n’Chic Batofar parties. Before long word of his talent had spread and he found himself being invited to play some of the world hottest nightspots as the likes of DC-10, Space and Womb al came calling.

A super talented producer as well as DJ, the years Djebali has spent in the game so far have seen him forge a fierce reputation for his work in the studio as much as his skill behind the decks, with his production CV boasting a wealth of esteemed releases. It’s his abilities in the DJ booth we’re celebrating today though as after hearing him demolish dance floors all around the globe we thought it was high time we nabbed his considerable talents for ourselves here at Data Transmission. So turn this up and keep those impending winter blues at bay with a hour long set of selections fresh from the White Isle.

Warning: ingredients include essence of DC-10, extract of Ibiza and unfiltered sunshine. Keep out of reach of boring people and report to your local travel nightclub if ingested. Side effects may include dancing.

Sum up this podcast in 10 words…
I recorded this podcast in the morning, during afterhours in ibiza and try to put a deep relaxing vibe all way long.. like a journey that never ends

What’s your personal favourite track on it?
I love every tracks here of course so hard to pick one… maybe the one from Royer because I truly love the vocal he puts and the sounds shapes

What’s the best gig you’ve played recently?
I had the chance to play in really good parties recently ! one of them was for Mixmag Party in Birmingham with Loco Dice but also last monday at dc10 was a blast !!

What have you got coming up?
There is a maxi of Premiesku with my remix that you can find in this mix, I got also remixes done for Sebo K and his new Label Scenario, for No fit state, Geddes’ label, a original track made by Alex Arnoult. There are also some new Eps coming on my label : one from Rhythm&Soul, and others ( djebali ) reworks, with remixes from Chez Damier, Mandar, Tuccillo… And of course, the ( djebali 10 ) have just been cooked 🙂

And finally, do you have a special message for our readers?
Thanks for listening this podcast, hope you will enjoy it ! time to think about nothing but relaxing !

Circoloco goes to The Drumsheds 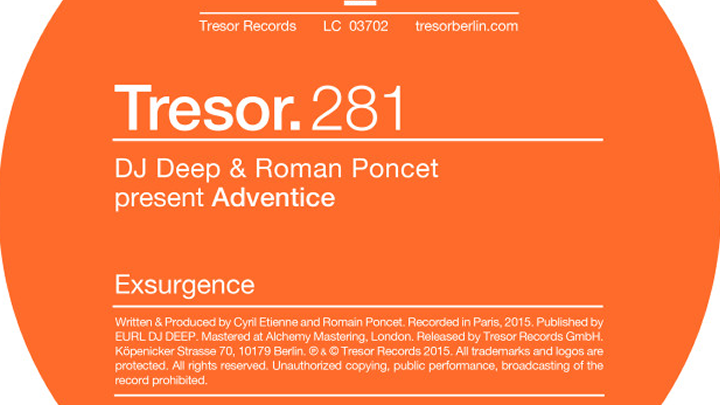