Well what a week that was. With Max Graham kicking off a bumper week of content that also saw mixes from the likes of Doorly and Kevin Knapp we certainly started as we meant to go on. Now with sore heads and a slightly sad look on our faces interrupted by the occasional smile as we reminisce about the weekend we’re back at our London HQ. Helping us through the day and already gearing us up for the next weekend is today’s extra special podcast from the inimitable Beardyman.

Needing no introduction we’ve been fans of Beardyman since, well forever and with his new album ‘Distractions’ filling the airwaves and a headline slot at this years edition of Nozstock on the horizon we thought it was about time we shared his talents with you via the DT podcast and we’re delighted to say he has surpassed even our stellar expectations with what he delivered.

Created entirely on The Beardytron5000 mkIV, without any pre-recorded samples we’re sure you’ll love Beardyman’s unique blend of live improvised musicianship and production as much as we do. So dust off the sub and turn this up…

What’s your personal favourite track on it?
Possibly the last one, it’s a track called “drifts”. . it’s a really nice chill-out track that didn’t make my album cos it was too long but i still love it and i’m glad to give it it’s first airing exclusively for data transmission.

What’s the special ingredient in this mix?
The Beardytron5000 mkIV; everything in this podcast, absolutely every sound has come out of my live rig, the “Beardytron”. It’s the result of years of hard work to try and create a system that would allow me to create music live, on the fly without having to plan it out first, spontaneous and in the moment. It’s been quite a journey so far and has involved me having to hire some of the worlds best software developers to make it happen, and it’s never sounded this good.

What’s the best gig you’ve played recently?
The gig in Aberdeen from which the first half of the podcast is taken was absolutely awesome, so good that i decided to edit up the multitrack recording of it i took that night and turn it into the first half of this podcast. I think this mix really captures the different sides of what i’m doing at the moment. There’s the manic shit that happens in my live gigs which i just can’t recreate in the studio cos the energy of the crowd and the night itself is what gives it that craziness and twisted flow, and then in the latter half of the mix there are tracks that were created especially for this podcast in a studio session i did a couple of weeks ago, which are more focused and considered as i took more time over it, but they were still all created live using the beardytron.

What have you got coming up?
I’m touring the USA, got loads of festivals this summer, . . continuing to work on the beardytron. . Edinburgh festival, a UK tour of seated theatres for my “one album per hour” concept which involves me making an album in real time every night. .

And finally, do you have a special message for our readers?
I hope you enjoy this mix, if you liked it, you can coming is see me play live at is venue.. .  or maybe is buying new album am called  “Distractions” from internet. Thanking!

In Conversation with Beardyman

Nozstock: The Hidden Valley returns for its 17th year 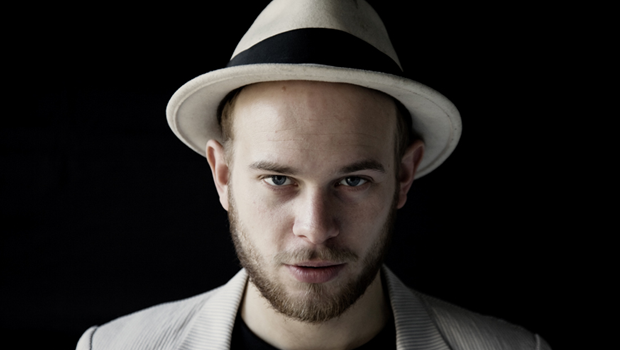