PRS for Music to Begin Legal Action Against SoundCloud

The PRS (Performing Rights Society) for Music has announced it will be taking legal action against SoundCloud for refusing to pay royalties to its member artists.

PRS collects royalties when music is played over the radio or performed publicly, and distributes them to the musicians who created the songs. In order to not infringe upon publishing copyrights, companies must purchase a PRS for Music License so that they can pay the royalties. SoundCloud however, apparently “denies” the need for a license and so in an email sent out to PRS members, the society announced that it would now “commence legal proceedings” against the streaming giant.

PRS claims it has discovered 4500 tracks by its members that being hosted on SoundCloud, and so it is “in the best, long-term interests of our membership” to pursue the company. “Ultimately, it is SoundCloud’s decision as to whether it starts paying for the ongoing use of our members’ music or stops using these works entirely,” says PRS.

David Elkabas, co-founder of MN2S, weighed in the topic too, sighting the streaming model as the problem. Reaching 20 years in the music industry this year, MN2S provide distribution, management and label services to over 150 independent labels, as well as operating a global booking, distribution and licensing network in over 100 countries, giving David a rounded perspective on this issue. He said;
“This step is just the latest of many knockbacks seen by the streaming model. The PRS are entirely right to push for payment on behalf of its members – whether large corporation or small budding DJ. There is no such thing as a “free lunch” and people need to understand this where music is concerned. Even the bigger players in streaming (who claim success) are paying amounts to artists and labels which are not sufficient to make the model sustainable in the long run.
“You can’t run an economy for the top 2% but the perception has always been that Soundcloud plays an important role in helping the people at the bottom get noticed. The fact is that in many cases, where samples are used for example, it isn’t legally possible, removing one of the last excuses for allowing free use of music. Streaming has decimated music income, but with this action by the PRS, the days of excusing this “because its promotes new artists” are beginning to come to an end. There are a rigid set of laws controlling copyrights and the notion the these can be flaunted or bent so the users can “get what they want or would steal anyway” is preposterous.”

With many DJs now having problems with mix uploads following copyright problems with major label, Sony, regular issues involving – perhaps over-sensitive – copyright software, and doubts over the upcoming tiered payment system, it begs the question: will SoundCloud survive, and if not, where will artists go next?

Read the full PRS for Music email below:

After careful consideration, and following five years of unsuccessful negotiations, we now find ourselves in a situation where we have no alternative but to commence legal proceedings against the online music service SoundCloud.

When a writer or publisher becomes a member of the Performing Right Society, they assign certain rights to their works over for us to administer, so it’s our job to ensure we collect and distribute royalties due to them. SoundCloud actively promotes and shares music. Launched in 2008, the service now has more than 175m unique listeners per month. Unfortunately, the organisation continues to deny it needs a PRS for Music licence for its existing service available in the UK and Europe, meaning it is not remunerating our members when their music is streamed by the SoundCloud platform.

Our aim is always to license services when they use our members’ music. It has been a difficult decision to begin legal action against SoundCloud but one we firmly believe is in the best, long-term interests of our membership. This is because it is important we establish the principle that a licence is required when services make available music to users. We have asked SoundCloud numerous times to recognise their responsibilities to take a licence to stop the infringement of our members’ copyrights but so far our requests have not been met. Therefore we now have no choice but to pursue the issue through the courts.

SoundCloud decided to respond to our claim by informing us that it had removed 250 posts. Unfortunately, we have no visibility or clarity on SoundCloud’s approach to removing works, so it is not currently clear why these particular posts have been selected by them given the wider issue of infringement that is occurring. Ultimately, it is SoundCloud’s decision as to whether it starts paying for the ongoing use of our members’ music or stops using these works entirely.

If the streaming market is to reach its true potential and offer a fair return for our members, organisations such as SoundCloud must pay for their use of our members’ music. We launched our Streamfair campaign in June to raise awareness of this issue and highlight how music creators need to be properly remunerated from streaming. We believe that all digital services should obtain a licence which grants them permission to use our members’ music and repertoire, in this case the works of songwriters, publishers and composers.

The streaming market cannot fairly develop unless this happens. We have always been pro-licensing and pro-actively work with organisations in order to propose an appropriate licensing solution for the use of our members’ works.

We remain hopeful that this matter can be resolved without the need for extended litigation. Members will appreciate that this is now a legal matter and our ability to communicate around it is therefore limited by the legal process. However, we will try to share information and updates whenever we can.” 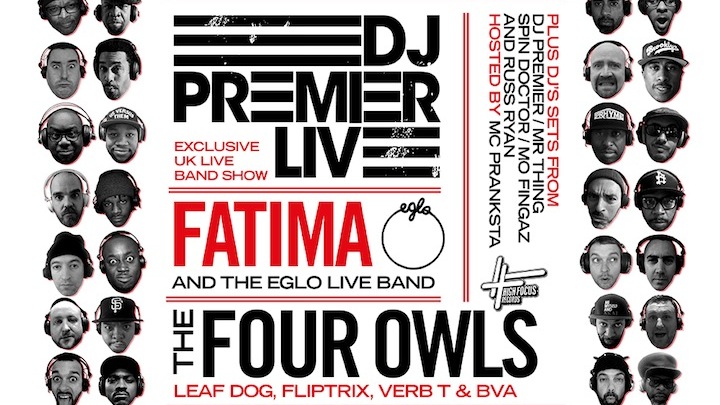