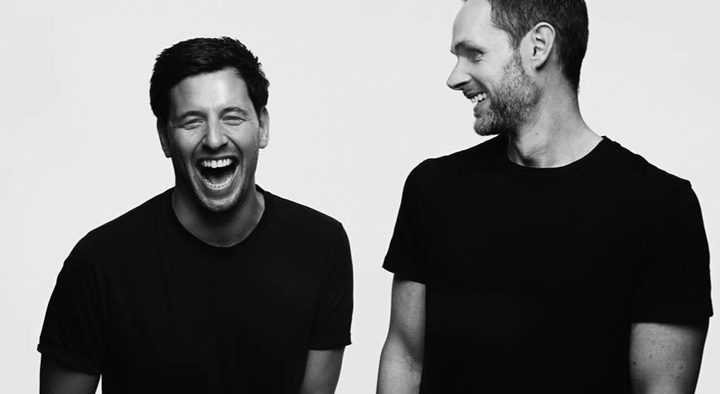 This event launches the partnership between Data Transmission and Halcyon to bring you a bi-monthly event series seeing some of the worlds best artists play at the venue. Data Transmission will have exclusive set recordings, artist videos and more alongside the parties.

Last time Prok & Fitch played Halcyon they went for a whopping 5 hours! So this one will be one not to miss and in the run up the party, Halcyon spoke to the guys via email for a quick chat ahead of the event.

You guys are back on the west coast this fall and returning to Halcyon SF. You played five hours the last time you were there – the set on their SoundCloud is massive! What’s the longest set you’ve ever played?

It was our debut at Halcyon so we didn’t really know what to expect, San Fran’s a special place & getting the freedom to play as long as you choose in such a cool venue is an amazing experience, the vibe was solid from start to finish, so naturally we can’t wait to come back. As of yet we’ve not really got into the whole marathon set’s, the longest we’ve span together was around 7 hours at a party in Brighton (UK).

It’s great to see the return of the marathon set as opposed to the one-hour festival time slot. As a duo that must be refreshing?

Yeah it’s a completely different game. Festival sets are fun but in such a short time span you can’t really tell a story: It’s basically bang out your big ones and then finish. Extended sets in the right venue & playing to the right crowd is much more enjoyable. You have the freedom to express yourself, taking the music where you want and playing records that you love but might not work in a more condensed time frame. When you’re on the same vibe as the crowd longer sets are unbeatable, and a true reflection of the DJ.

You have been playing out at some massive festivals of late and the crowd response has been insane! What’s your most recent secret weapon?

We’ve been lucky enough to play some amazing parties this year all around the world, for the last ten months we’ve been hammering a track we did with Mihalis Safras called “For Your Body, its had a 100% success rate but unfortunately it’s just been released so no longer an exclusive one for us. We’ve been putting some serious studio hours in recently so lots of new weapons to test out at Halcyon. 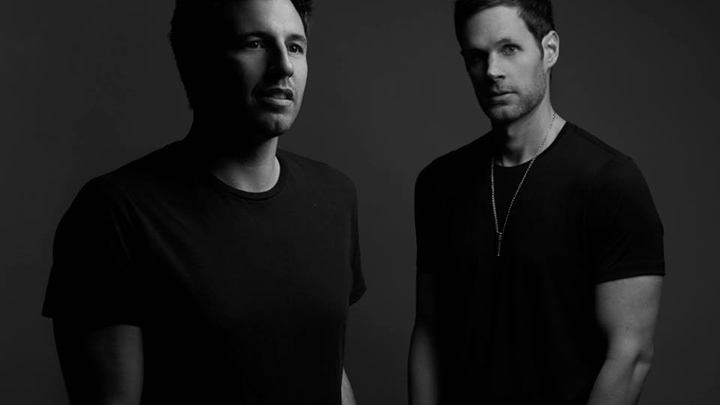 Given the abbreviated festival time slots, who picks the first track? Who picks the last? Is it a general consensus or is there a little power struggle being a duo? Who usually wins?

Generally at festivals, we start our sets with an unreleased track of ours, or an edit that we’ve done, something that just we have, so there’s never any drama on picking the first record. We’ve been playing together a long time so when it comes to the shorter festival sets we’re musically on the same page, Obviously, there are exceptions when one of us might have a different vision of where to take things, but that can often be an advantage.

You have a new collaboration with Solardo. Those boys are crazy! How was it working with another duo?

Haha they are indeed, with the exception of Fisher, don’t think we’ll ever meet anyone like them! They’re a great laugh and extremely talented. To think what they’ve achieved In under 3 years is amazing. When it comes to the studio they’re on it. We bounced back ideas for several months and then premiered the track Live on BBC Radio 1 this summer with them.

We absolutely LOVE your dance floor destroyer “Sea La” with Dajae! How was it working with a vocalist you hold in such high regard?

Thank you, it’s amazing when you get to work with an artist that you’ve admired since day one. For us, she’s one of the best in the game and a huge inspiration to us both and its been a personal career highlight working with her. We were actually sitting on the vocal for some time, It was well over a year ago when Green Velvet asked us to do the record, we’d been working on it for a long time, we wanted to get the vibe right and kept on trying different angles. We always try our productions out in our sets & tweak them accordingly, sometimes we’ll have 10 different versions of the same record and getting the right dance floor reactions is imperative for our club records. 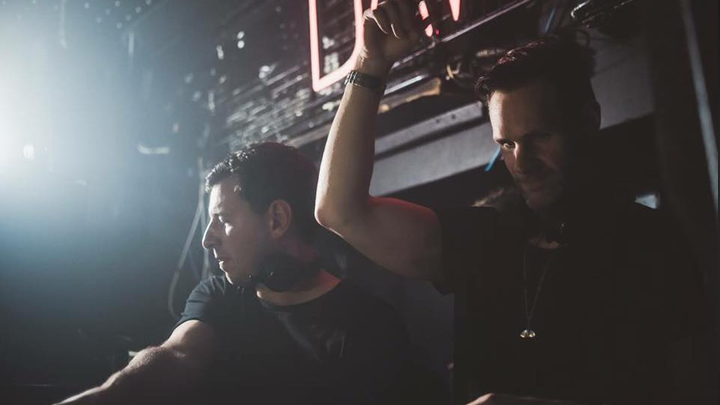 That’s a funny one there’s no written rule to what blows up and what doesn’t, we were hoping that the “Sheeple” record would do well, but were quite surprised how well it did. It’s quite a humbling experience when the crowd still chants “we are in control”. On the flips side there’s always tunes you write that we have strong hope for, that may not connect as well as we’d hope. We wrote an original record with Dajae called “Minder” and at the time we were all hoping it would take off but unfortunately it got completely lost. Strangely it’s often a blessing in disguise when that happens as it motivates us to work harder and try something completely different. It’s so important to keep things fresh and evolve.

You are seriously dropping some crushing releases lately! What else is in the pipeline?

There’s a lot of stuff dropping between now and the end of the year, we’ve recently released an EP with Mihalis Safras, which has picked up some crazy support along the way. Next up a remix for Lee Foss’s Label Repopulate Mars, then an original EP on Solid Grooves. The Solardo edit of our Celia’s house record should finally be out at some point in October, closely followed by a remix we’ve just finished for Jamie Jones & Eric Morillo. Then to finish the year we’re launching our new Concept its called “Insights” and something we’ve been working on for sometime, we’re both buzzing to launch this, it’s completely fresh and perhaps a little unexpected.

Halcyon is so lucky to have you back and can’t wait to hear all your new material. Do you think you’ll break your last record there and what do you love about this venue?

We’ve been looking forward to this for some time, and have some great new music to test out. As far as set time – we’ll just go with it and see what happens!

More info www.halcyon-sf.com and tickets to Prok&Fitch on the 28 September are available here!

In Conversation with Franky Rizardo