Everyone’s favourite ex-Dentist Nina Kraviz got the office all excited when announced that she was set to take the next step in her musical career with the launch of her own record label last year. Known as трип (pronounced “trip”) the new imprint promised to focus on the the trippier, acidic side of electronic music,” and unlike so many artist led outlets would serve to release not only her own music but that of artists who “inspire her and whose music features frequently in her sets.”

Following the burgeoning imprints opening gambit – the mightily impressive Deviant Octopus EP – Nina has now revealed details of the labels sophomore release and we have to say it sounds like a slightly madcap affair.

Slated to arrive May 18th the eight track gatefold LP is reportedly inspired by Hollywood legend Robert De Niro following a dream in which reminded Ms. Kraviz of the Godfather actor “The idea of this compiled album/concept compilation was born during a late night conversation,” she explains. “I was talking to Reynier (AKA Deniro) about when the body is set for a good night sleep but the head rebels against that boring plan and all these strange scenarios start popping up in a quick cycle of images, phrases and sounds. This time it was about one of those moments when you suddenly realise that you can’t continue as you did before and there is no way back. I was in a 4 AM Facebook chat with Reynier and we both thought Robert De Niro might have had a moment like that…” Kraviz took the idea to Portuguese artist Tombo, who then designed the sleeve for De Niro Is Concerned. “It was a bit tough to jump from an octopus to a famous actor, but he managed pretty well.”

Titled De Niro Is Corcened the release sees Kraviz hook up with previous label contributors Exos, Steve Stoll, Bjarki and Parrish Smith whilst welcoming new blood Nikita Zabelin, Barcode Population and Deniro into the трип fold. In keeping with the aesthetic of the label most of the tracks on ‘De Niro Is Concerned’ are one-take live studio recordings with Deniro’s ‘Dumans’ available for you to stream below. Check it out. 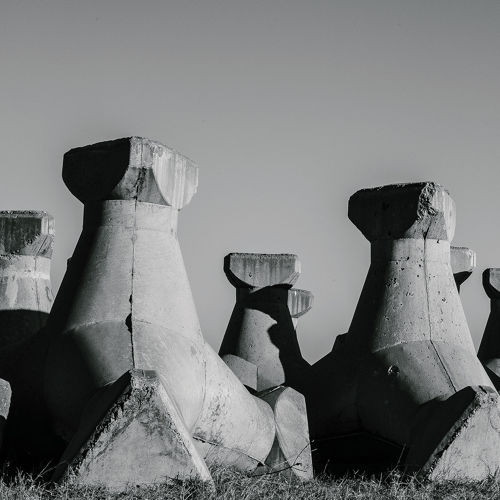