Ministry Of Sound CEO Lohan Prescencer has issued a strongly worded alternative Christmas message to the music industry criticizing the likes of Apple, Youtube and Spotify as undermining the value of music and damaging the industry. Check it out for yourself below.

“Companies often fail to move with the times. That’s different from self-harm. But this is exactly what the record industry has done. Not just once, but many times.

Imagine a supermarket offered a £100-a-month all-you-can-eat service. Then imagine it offered free food to 75 per cent of its customers as a kicker. This is Spotify. Amazing for customers. A disaster for the music industry. Why? Because when you’re not getting paid, the talent well begins to run dry.

Music is a subjective business by definition. Then there are the drugs, the lifestyle and the egos. The industry is a million miles away from the likes of Unilever and its commoditised products. So there’s no prize for guessing the type of person that is attracted to the music business.

When Napster first blew up the industry with free music, record executives panicked. What they should have done was calmly get together and agree a digital platform controlled by the industry. What they did instead was abdicate responsibility for working it out to Apple. Strike one.

Strike two – YouTube. What an amazing idea! A great opportunity for people to watch music videos, gain critical exposure and break new artists. Except… YouTube was making all the money. In another panic, the industry cobbled together VEVO. Five years on, it has lost a fortune and is up for sale.

Strike three – Spotify. All the music you could ever want. Brilliant! But again there’s a wrinkle. Three quarters of Spotify’s users don’t pay. The more Spotify grows, the more free users – 37.5 million at the last count. This is why it loses so much money – €93 million in 2013. And if Spotify doesn’t get paid, who takes the hit?

Keen observers may remember Ministry of Sound sued Spotify over its use of our compilations on its playlists. We settled out of court and some of our music is now on Spotify. But that doesn’t address the root problem.

In ten short years, music has gone from being valued and paid for to being commoditised and free. Industry revenues have declined from $30 to $15 billion. Profits have been even harder hit.

We in the business only have ourselves to blame. And long-term the trend looks dire. Add Spotifiers to YouTube’s one billion users to countless millions using other free music services, and what do you get? A generation who’ve never paid for music.

Now for strike four – the new iTunes subscription service due to launch in 2015. Having acquired Beats, Apple plans to pulverise Spotify by offering subscription at half its price. There will also presumably be a free introductory offer. Again, you don’t need to be a genius to guess how the music industry will respond. The terms are probably already agreed.

Around and around we go. Will there be a strike five? Almost certainly. Six and seven? Why not? The answer from the industry’s lacklustre executives is always that ‘we must support progress’. And that ‘progress’ means free music.

As Chief Executive of Ministry of Sound, one of the world’s largest independent labels, my Christmas message is short but simple. Stop giving it away! We’re smart enough to work things out between us. To control our own destiny. To stop the rot.

More than anywhere else in the world, the UK punches way above its weight in music. We’re home to some amazing talent – Ed Sheeran, Sam Smith, Adele, London Grammar, George Ezra to name a few.

Let’s put our numerous suitors on hold, invest in developing our own platforms and routes to market. Let’s seize back the keys to the music kingdom.”

DJ Fresh is back with a wubby banger
Shelley Dodds November 8, 2019

DJ Fresh is back with a wubby banger 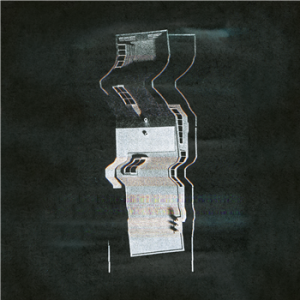