We love Martin Buttrich. There we’ve said it. A true proponent of what makes electronic music so special via both his solo work and his many collaborations, the influential German output’s has gone from strength to strength since he first came to our attention via his work with Timos Mass – whom he met whilst working at legendary house label Peppermint Jam.

Thus, it is with great excitement that we share news that Martin has launched a new imprint to release the majority of his future output. Named Rhythm Assault, the newly founded outlet will be inaugurated with the release of a new collaboration between himself and fellow DT favourite Mathew Jonson.  Titled ‘Synchronicity’ the label’s first release marks the start of Collaborator – a two volume project that sees Martin release a continuous stream of collaborations with the likes of Carl Craig, Guti, DJ Tennis, Loco Dice, Timo Maas, The Martinez Brothers and Guy Gerber.

Keen to dispel a common misconception that he had merely engineered the myriad of tracks he’s worked on over the last two decades he wants to clarify the collaborative nature of his his long-running partnerships with the likes of Timo Maas and Loco Dice.  “I was never someone who would get told what to do in the studio” he says. “I like it more like a creative process. Really having hands on the song was most important. I haven’t really ever just engineered other artists, apart from maybe here and there for one song. I would say it’s co-writing, co-producing. I have requests where people would ask me, “can you mix my album?” and I’m absolutely not interested in that. Even for my own productions now, I’m thinking about getting a mixing engineer. For me, mixing is pretty much one of the worst jobs!”

Arriving October 16th, you can stream ‘Synchronicity’ below.

Behrouz brings ‘Do Not Sit On The Furniture’ to Heart Ibiza this Summer
Grahame Farmer May 9, 2018

Resistance announces over 40 acts for debut Ibiza season at Privilege
Grahame Farmer May 30, 2017

Resistance announces over 40 acts for debut Ibiza season at Privilege 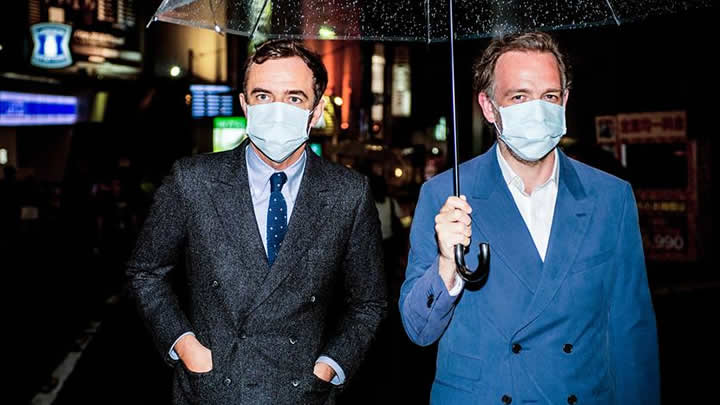