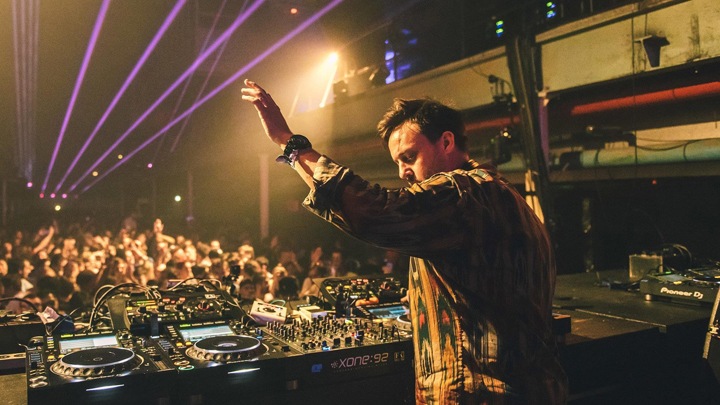 Due out in April, the Miami born artist Eric Estornel aka Maceo Plex, Maetrik, or Mariel, who began his career in 1993 has compiled a 22 track compilation for the famous club series. The mix features tracks from Perestroika, Pinch, minimal wave bands like Iron Curtain and techno veterans Jon Hester & Mike Ink – as well a host of his own productions.

He says  “fabric is easily one of my favorite clubs in the world and favorite CD series. I wanted to be my organic self and fit as much of the music I love into a modest 80 minutes. That required a bit of digging and mashing up of sounds, but I knew it would be doing the series a great disservice to take the task lightly. 12 years ago I went to fabric in the wee morning hours after playing a small gig as Mariel Ito and saw Ricardo Villalobos surrounded by a sea of bobbing heads in the darkness and a blaringly intense sound system. I knew that morning I needed to work harder and somehow get to play that room someday. Adding my name to this list of respected artists and the rich history of the iconic series is special to me and I am glad to be part of it”.

Damon Hess releases his ‘House In All Of Us’
Grahame Farmer March 15, 2018