Tired of spending your Saturdays being peddled over priced drinks in some soul-sapping bar? Then you’ve come to the right place as we’ve got just what you need to kick off your weekend in style with the latest edition of our new Live Transmission series and we have to say this week is an absolute belter.

As time marches on, the audaciously groundbreaking dance music classics from previous decades seem to acquire an aura like arcane broadcasts from another time or, in this case, like alien transmissions beamed in from a distant planet. Whereas cheesy house cash-ins from 1988 onwards can now sound limp and dated, the original blueprints which got ruthlessly plundered and copied have now taken on similar status and ambience to Alan Lomax’s field recordings of blues singers earlier in the last century.

Chicago was already famous for its blues when Frankie Knuckles started spinning at the Warehouse in the late 70s. It was then that the city started spawning a new form of urban black music born out of mating the new editing techniques which had birthed the extended rework with affordable new technology like drum machines and primitive synths. After tentative beginnings, the first house records started appearing by 1985, a totally modern sound born out of poverty, punk-style DIY and desire to party all night long without any rules. DJ Ron Hardy’s Music Box was the bolack-painted disco inferno in a downtown  underground car park, the hole in the wall where acid house was spawned, named after Phuture’s startling new sonic missile because LSD was the preferred stimulant, rather than alcohol or yet-to-establish-itself ecstasy. At the vanguard of this movement was this weeks extra special guest, a certain Tyree Cooper and his iconic Dance Mania imprint, both  of which continue to see their influence felt today.

Supporting the legendary Mr. Cooper for this weeks transmission will be none other than Junior Boys Own’s Pete Heller and Terry Farely who’ll be rummaging through their record boxes to deliver a performance packed with choice cuts and serious vibes. Broadcasting Saturday May 30th from 6-8pm GMT, trust us when we say you’re not gonna wanna miss this one!

Streaming live from London each week, our Live Transmission will offer up a selection of the best DJs dance music has to offer. To join us Tyree, Pete and Terry sign up for tickets at datatransmissionlive.com and subscribe to our YouTube channel DatatransmissionTV to catch the live stream. 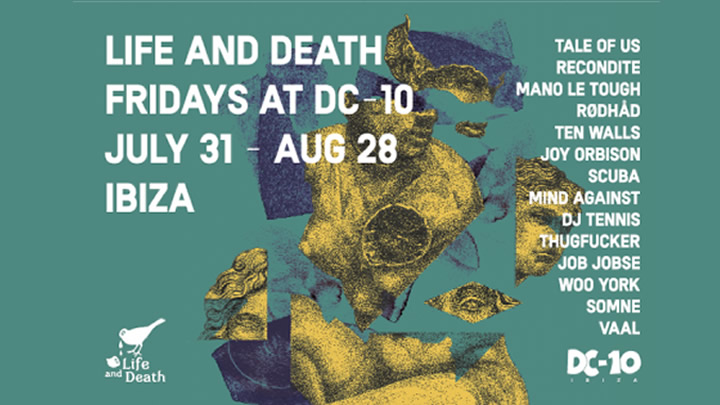 Life and Death announce DC 10 residency in Ibiza this Summer
Grahame Farmer May 27, 2015