Following a four year production drought Josh Wink finally gave fans something to get excited about with the arrival of his “Balls” EP last year. With some thirty years of touring and producing music under his belt, Josh has long been regarded a stalwart of the scene. Not least because of milestone releases such as ‘Higher State of Consciousness’ and ‘Don’t Laugh’ but the equally merit worthy Ovum Recordings imprint that he has conceived and nurtured for 20 years.

Now returning for 2014, Josh Wink’s Ovum Recordings celebrates its 20th anniversary and to honour twenty years of making you dance, the Philadelphia based DJ, producer and label founder is taking Ovum on a world tour in addition to releasing some extra special music throughout the year, starting with Ben Klock and ROD remixes of Wink’s 1996 classic ‘Are You There’, out this April.

Speaking on spending two decades at the helm of his Ovum imprint Josh likens the progress made by the label as to the development of a child as he explains:

“I got into this because it was something that I lived and ate and breathed. There was so much passion for the music, there was nothing else for me. Whatever notoriety and success had come from this, it’s kind of a mistake, a byproduct, and I never planned for that. And then came Ovum! Ovum is my child. And I can’t believe she’s 20! Where has the time gone? I have great memories over the past 20 years as all parents do with their children. Parenting has been a lot of fun, where I have enjoyed the highs and lows. But, extremely happy with how she’s turned out! And she keeps getting prettier, smarter, experienced and still has an intense integrity which allows her to have her fierce passion, motivation and happiness! We are so proud of how she turned out! And excited to see where her ongoing journeys lead her.”

With Papa Wink planning an extensive tour featuring artists past and present, at clubs and festivals around the world we can’t wait to enjoy the birthday celebration.  Here’s to the next 20 years Josh!

Check the original mix of ‘Are You There?’ complete with a dreadlocked Mr. Wink in the official video below: 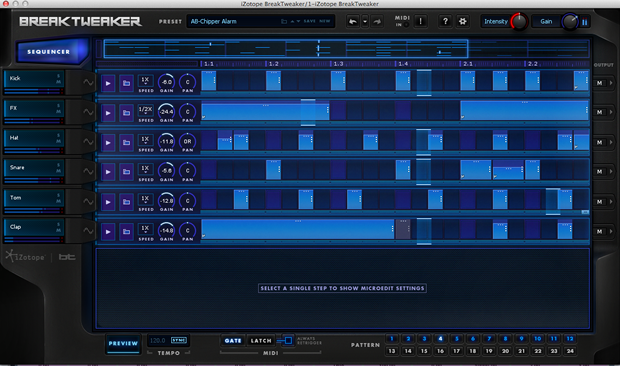