Forbidden Forest have announced their return to Donington Park on Sunday 6th May.

The boutique day party is spread across a number of woodland spaces that are steeped in acid house history, and will play host to an impressive selection of UK acts that represent the dance music spectrum across house, techno and bass.  Headlining they have Solardo, Hannah Wants and Wilkinson (DJ Set) and they are joined by Darius Syrossian, Detlef, Alan Fitzpatrick, Sonny Fodera, Danny Howard, Gotsome, Jess Bays, Hype B2B Hazard, The Prototypes, Barely Legal and Kove to name but a few.

With previous editions successfully selling out, Forbidden Forest runs for a solid 12 hours and has quickly made its mark as an inclusive party with a distinct DIY attitude that’s reminiscent of the UK house scene from decades before. It’s location of Donington Park was once host to iconic rave promoters Fantazia who held their largest ever rave within the grounds back in July 1992 and it’s surrounding areas of Leicester, Sheffield, Manchester, Derby, Birmingham and Liverpool are easily accessible via train, bus and coach, while the festival is only just over an hour and a half hour’s train journey from London.

Tickets are on sale now from http://forbidden-forest.co.uk 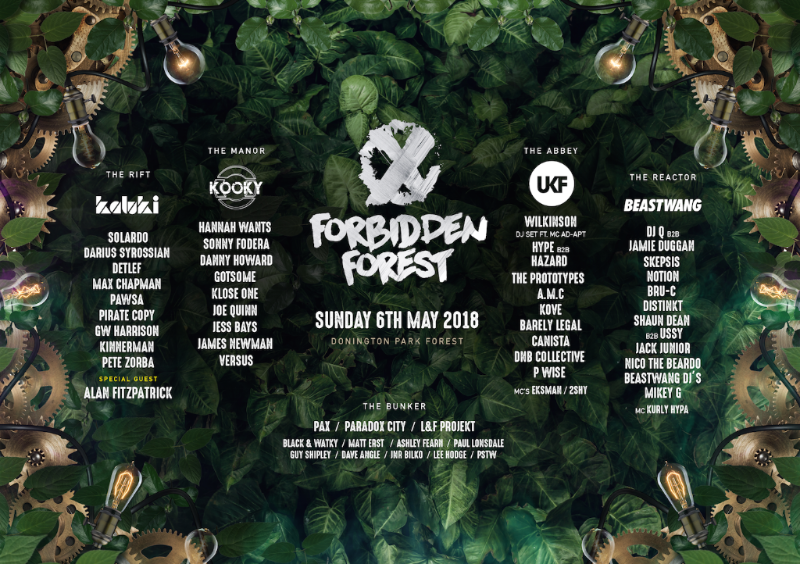