Sincopat is a label set up in 2010 by Spanish producer AFFKT and his friend Alberto Sola. Known for its melodic sound, the label has an open minded approach to House music.  Next up is another star studded affair with Sincopat regulars Darlyn Vlys and HearThuG collaborating on an original track called “Agore.”

Darlyn Vlys is a French producer now living in Spain, who boasts prestigious gigs at venues such as Tresor in Berlin, plus events like the Sonar festival held in Barcelona. Having had tracks charted by the likes of Loco Dice, Dubfire, Monika Kruse and Matthias Tanzmann he is a jet setting DJ who regularly plays overseas gigs in far flung places like Brazil. Jihed Monser aka HearThuG is a Tunisian producer and DJ who made contact with Darlyn Vlys through the Sincopat label after Darlyn remixed one of his tracks.

The release also features our Debut Transmission Today a remix from Eric Volta, which is the perfect intro tool with its synth lead, melodic intro and faded in kick drum. When the track drops and the percussion takes hold, it’s both warm an understated with a medley of textures and deep atmospherics. Adding his own melody parts, he also chops up the originals vocal into phrases to put his own stamp on this stunning rework. Deeper than any of the other versions Eric’s remix has dream like qualities but enough energy to make sure it still works on the dancefloor. 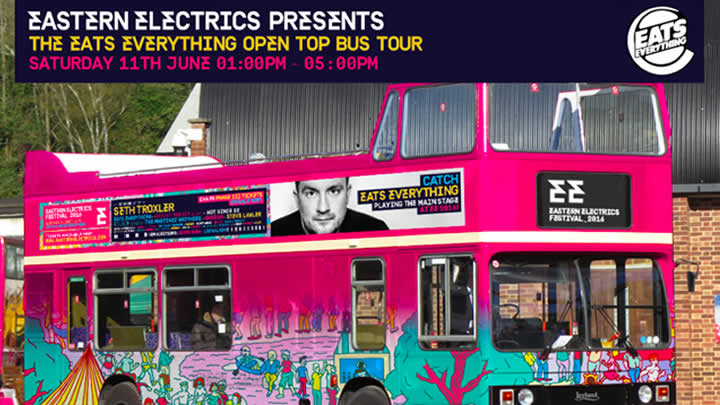 Snapchat: Eats Everything on a Bus Tour
Grahame Farmer June 17, 2016