Following on from the recent release of their new album Foam Island, Warp duo Darkstar have unveiled a new remix of Ólafur Arnalds and Nils Frahm’s ‘Four’.

Taken from Arnalds and Fraham collaborative EP, ‘Loon’ the original record was the third edition of five synthesiser-led pieces the pairing crafted together and was recorded in autumn 2014 across five days at Nils’s Durton Studio in Berlin with an Oberheim 4 Voice and a Korg PS3100 wired to their mixing desk as they performed live takes on both instruments. All mixes were then recorded straight onto 2-track 1⁄2-inch tape.

“We were sent a link earlier in the year to the Nils and Ólafur project and ended up sampling the chromatic percussion and building a remix of sorts around that,” explains Darkstar’s James Young.  “The original track is a great piece and our interpretation is something that evolves and mutates around a guitar riff Aiden (Whalley) started playing while we played through the original.”

Taking part in the Barbican’s Panic!: What Happened to Social Mobility in the Arts?’ series, Friday December 4th sees the band will showcase their album ‘Foam Island’ at Oval Space with Richard Dawson and Sleaford Mods and Afrikaan Boy. All proceeds to the event will be donated to charity. Further details can be found here

Darkstar Go ‘Through The Motions’ 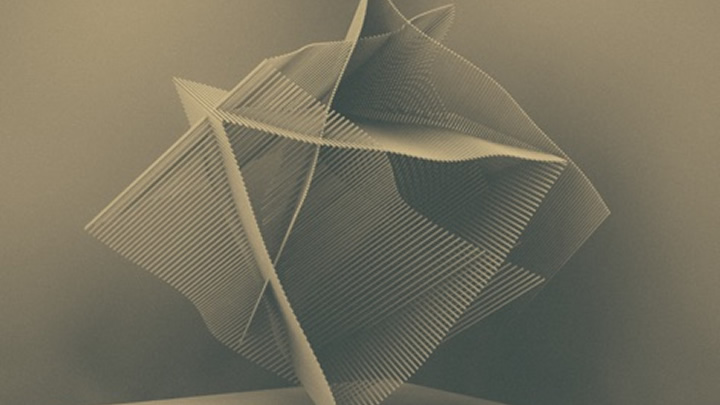