Hideout ended as it had begun for DT, drenched in sweat, sitting in Cafe Cissa, no breakfast, just a beer please, this time trying to find at least 8 photos of the 1500  we shot that weren’t of lads the size of small council blocks  with pupils like satellite dishes.

Then, Croatia Wave arrived. One of DT’s media partners, this accommodation start up, run by a handful of bearded Brits is quietly but surely working its way into the heart of the Croatian festival scene, in much the same way as our rep was quietly but surely working their way through beer two of the day sat in the front seat as we scream toward Tisno at about 90mph led by ‘Waves own crazed Croatian driver, Tommy. DT is subconsciously working out a list of things we should’ve done more of in life as we squeeze between cars, overtake round corners, and overtake flashing ambulances when we strike up a conversation with the girl sat next to us.

Tamara Saul is a producer and singer from Zagreb. Her remit is mostly vocals for bass music.  She’s worked with RBMA producers, she’s had support on a long string of mostly US blogs. Hudson Mohawke and Diplo   are both personal fans, the former taking time out to hang with Tamara at Hideout, the latter championing her production on his social feeds- getting Tamara.several thousand plays of her latest track overnight. Tamara herself isn’t easily swayed however, regularly turning down interview requests, refusing to discuss who she’d ideally like to work with (though conceding “we better survive this car journey, I have a Grammy to win…”) and talking at some length of the importance of being recognised as an artist who happens to be from Croatia, not a Croatian artist, reeling off a list of Croatian pop stars who “could’ve made it on the English speaking circuit, but sold out.” Tamara talks to DT about her set at Exit Festival last year, about her set at Soundwave last year, about Croatian vs European coverage, before adjusting a turquoise hair band and inspecting a set of french-manicured nails at length. “So.  What do English guys make of Croatian Girls?”

DT is in love.

Not that there’s a lot of time to attempt to win over the Balkan bass specialist as we’ve already arrived at our apartment, having made the journey at around half the time it takes the bus. Tommy drinks two coffees, eats a cigarette and screams off into the distance (in his car. The coffee wasn’t that strong). A group of us including other members of Croatia Wave and a pair from festival start up Kanga Yoga now do a boozy dinner before enquiring after a taxi to the festival site. The local alcoholic kindly offers to take us in his van. We’re halfway through kindly refusing when the Kanga Yoga girls kindly accept. We’re now sat on a stack of empty bottles in the back of a van, Tamara wedged on top of us (it wasn’t all bad) as we tear along the wrong side of the road, van weaving. The tape on the stereo is switched by our well lubricated driver on average every 86 seconds. Side one: slamming mid noughties techno. Side two, slamming mid eigteenth century Beethoven. Our drivers yelling about something. The kanga yoga girls are nodding in tactical sympathetic agreement. We pummel through the first, second set of gates and possibly a security guard. We’re finally at The Garden.

The Garden festival is  nine years old, and has been carefully pruned in an attempt to preserve the increasingly endangered festival vibe. In an industry increasingly dominated by short sets, big headliners, upselling VIP, VVIP,  multi tier wristbands and enforced crowd interaction (“having fun? Why not tweet about it? NOW.”) The Garden exists in its own walled ecosystem. A number of the crowd we bump into as soon as we arrive are DJs from Hideout, PBR Streetgang, Ben Pearce, who came here in part to decompress after the sunburn and six pack madness of the previous week. Artists walk around here and the only people that high five them are students that like their sunglasses or comedy hat, oblivious to their identity.  This casual, almost alternate-community vibe permeates every aspect of The Garden Festival’s culture. There’s music from midday, every day, but gone are the sweat soaked shufflers of other festivals. Here the stages are full of towels and sunbathers. The site’s bars are full of clubbers lazily paying off hangovers with burgers and more beer. On the beach topless girls play beachball with groups of backpackers. The crowd here is one of the widest we’ve encountered, ranging from 19yr olds celebrating the end of 1st year uni exams to leathery late fifties disco hippies who recognise us from last summer. The on site bars reflect this too, beer-and-burger cash only joints sharing seating terraces with champagne bars and artists, staff, skint students, London “med-ya” yuppies and wealthy forty year olds all elbowing each other, each night at the one on site restaurant, which serves food until around midnight and beer and booth-driven downtempo house approximately all the time. Its a full week long, but the days quickly blur into a kind of hazy utopia, the place enforcing its own half tempo pace onto you, mornings and lunchtimes spent by the beach or kicking back at the apartment, (in our case failing hopelessly to hit on Tamara), afternoons are spent at boat parties.

These, are among Croatia’s best, no small feat given 12 of the 13 festivals we’re going to sport them. The Garden Festival’s aquamarine offering comes in the form of two wooden ships, the Arbiana and the Argonaughty. The closest The Garden Festival everfeels to a conventional festival is around 2 and 7pm every day when a crush forms down the dock, suddenly alert crowd waving tickets, checking cash (at 20 Kuna a beer- about £2, The Garden Festival’s boat parties are also the cheapest in Croatia). True to form, the crush to the boats is organised personally by festival owner Nick Colgan, sporting a relaxed smile and a violent moustache as he sorts the queues into “definitely getting on”, “probably getting on” and “go to the bar and come back in 15 minutes”.

It’s well worth the crush however. The Garden Festival’s boats aren’t a side diversion, they are the festival in many respects. DJ booths sit at deck level, on board the policy is sunbathe out, fist-pump back, with the return journey punctuated largely by crowd antics – including face-painting Justin Martin (“Let me off this goddamm boat!”),  attempting to negotiate the rolling dancefloor and hitting on / being hit on by people all of whom are in a dazzling array of fancy dress – feathers, headdresses, comedy hats, leggings, and so, so much glitter. Things are taken a notch further on the all-day boat party – this year featuring Renata & Wolf & Lamb where both boats team up and travel to an abandoned beach an hour away, where Wolf & Lamb play a set in a forest by the sea, a free BBQ is laid on, and everyone lazily dances amongst the trees. As it emerges these were too rammed for DT to get on initially, cue us jumping with owners Nick & Eddie and line-up head-honcho Dave from Futureboogie into a RIB that sent us screaming across the bay to meet the moored ships. On board was also an female entourage of Garden veterans. How would they sum-up The Garden Festival?

“Tech-house, Tit-tape and getting lost in Tisno.”

As darkness falls we find ourselves docking back at The Garden Festival’s own site. Blue and purple lights bounce off the water, dreamlike as the music – now jacking house – wafts the boat into the harbour. Disembarking and wobbly (from the beers now, given we’re back on land) we wander past Garden’s main stage – scene of Crazy P’s bombastic live-set nights before, and toward the beach stage, dancefloor set right on the water, where the crowd are gearing up for the next stage of the evening

As if a festival taking place in an apparently entirely random location in – at first- an apparently entirely random country wasn’t enough, The Garden Festival’s afterhours spot is in a converted farmhouse in a hamlet several miles away. Hop on a free transfer bus from around midnight and you arrive into what turns out to be a stonking slice of venue – complete with pounding soundsystem, festival regulars laying on driving, melodic house and a crowd, half of whom are on the dancefloor, half of whom are warming to the idea, sitting on one of the multitude of hang out areas around the club, bringing themselves back to life after days of hazy house-soundtracked sunbathing. It gets to 4am. People are pairing off, fueled by cool beer and hot summer vibes. DT dives in a taxi back. At 6am, hunched over our laptop, back at the apartment Croatia Wave appears in the doorway, covered in glitter, wearing neon green leggings. “Barbarella’s. Craig Richards. That. Is All.” He explains, before disappearing for the rest of the day.

The Garden Festival is approaching ten years old. The original Brit-Croatian festival has managed to retain it’s own quasi-secret, counter culture vibe. A lot of this stems from the fact that roughly 50% of both the crowd and the line-up return year-on-year. DJs across the board, PBR Streetgang, Axel Boman, Waifs & Strays frequently cite it as their favourite Croatian – in fact one of their favourite festivals overall. The music itself is another element – The Garden Festival’s programming is overseen by Dave Harvey of Futureboogie renown – cue oodles of sunkissed new-disco vibes- albeit with an injection of jacking house thrown in here and there just to make sure people aren’t sleeping on the top decks. The entire experience is locked in it’s own timewarp – there’s a solid feel that you’re stepping back into a seminal beach-party at every installment. It’s as slick, well-lit and loud as any of the festivals out here, but Garden’s true trump card is this hazy, day-blurring, beach-party-meets-boozy-boat-meets-wandering-stage-to-stage vibe. Surely that’s what keeps people coming back. It’s the last night, and DT gets talking to a couple by the restaurant bar. “Did you make it to the boat party today?” “Na, we overslept! Never mind. Next year, I guess.” “Who’s playing at  ‘Barbs tonight?” “No idea. But it’ll be good. It’s always good. It’s Barbs…..”

We’re going back. Are you?

For all our Photos from The Garden Festival head to facebook 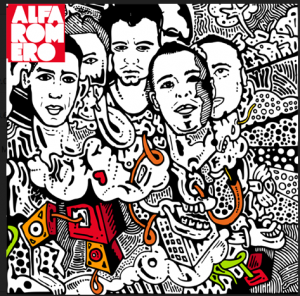