We’ve been in Tisno almost a month. We’ve done self-consciously-alternate hippies at The Garden Festival, we’ve done madly-eclectic at Soundwave, and now we visited the strangest of the lot. Suncebeat. Suncebeat is based on Southport Weekender – a long running festival held at Butlins in Minehead that promotes itself as the UK’s leading Black Music event. The ‘Weekender has been running around a decade, whilst Suncebeat is now in it’s 5th installment. The event is famous for its ‘family’ vibe – its amazingly high return rate of familiar faces, year on year. The big draw of Suncebeat for DT however were the familiar names behind the decks – Kerri Chandler, Osunlade, AtJazz, Kyodai, Deetron and Prosumer headed up an inexplicably heavy line-up given the relatively unknown nature of this event. Intrigued we piled in.

We’re…we’re really not sure how this one went. Know the feeling you get when you crash a house party and it’s suddenly painfully obvious that you’ve crashed that house party? Suncebeat certainly had a unique, attractive vibe to it. Maybe just shy of a thousand people were there, all of whom, judging by the bar conversations, knew each other and had been coming to Suncebeat for years. This meant, unfortunately, that if you weren’t part of the Suncebeat family, or from Southport, or knew someone that was, or in your late 30s, people were still perfectly friendly, but you were treated with polite distance. We joined halfway through. Here’s how it went down.

Day One: We arrive on site. The crowd all appear to be in their mid-30s, British. There’s much talk at the bars of how ”just awesomely chilled the vibe is.” There’s conversations about how this year’s probably going wind up different to last year, but maybe similar to the year before? We’re introduced to Osunlade.

Osunlade tells us he’s super stoked for his Boat Party in a couple of days time. No, we can’t get on. We’re not pretty enough. Jokes mate – I’m kidding. But no, you still can’t get on. It’s, uh, sold out. He’s struggling to get on himself. And he’s DJing, so you know, that just goes to show. He’s more than happy to meet us for an interview. He guesses. He can’t give out his email, or phone number, but you know, he’s around. Probably, like, during the day sometime, just kinda around. He’d love to give out his number, but his phone isn’t working, you know. Croatia man. It’s crazy.

Day Two: We finally meet the promoter / event manager. He’s DJing in a long skirt. He’s playing Afrobeat Jazz. There’s a queue of people lining up to take pictures of the vinyl he’s playing. There’s much talk of how chilled the vibe is. We’re finally allowed on a boat party.

At 7pm, we board a boat with an exclusively South African line-up,headed up by Black Coffee. The music is brilliant -late 90s and early 00’s house classics. There isn’t really much dancing, to speak of, just sort of, swaying. We head down to the dancefloor.

We go back upstairs. We drink an entire bottle of Prosecco. We go back downstairs. We take some pictures. Back on site, the vibe continues to be aggressively chilled. There’s some kind of afrobeat playing from the beach stage. We were planning to go to the afterparty, on the recommendation from individuals at the bar that inform us “It’s amazing. It’s so chilled.” Then, we sort of get a pizza.

Day Three: We go to the all day boat party. On the way out there’s early 00’s house. An entirely naked German woman passes by on a yacht in the opposite direction. Upstairs, people are mostly drinking lemonade. We arrive at a series of bars on a beach and stop for an admittedly awesome lunch of tuna steak and stuffed peppers. The music goes down a kind of deep funk route. We drink beer and listen to funk. For hours. We get back on the boat. Things are briefly heated by AtJazz taking things briefly jacking. After that, there’s more funk. We go upstairs. We sort of, fall asleep, on the boat party. We’re woken by four screaming 6 year old children playing hide and seek on the boat. We get off the boat. We drink a bottle of Rose. We bump into the promoter, who informs us we absolutely have to go to the afterparty tonight. The vibe is going to be amazing. Just head straight up, the wristbands’ll sort you out. We get to the bus. We’re told it’s not leaving for 30 mins. We drink some more. We come back. We’re told those wristbands don’t get us on the bus. The bus leaves. We stay a little longer. Then we go home.

This isn’t a festival, it’s an almost religious experience. Everyone here has clearly been here several times. Everyone here knows everyone else. It’s sort of one big family day out, including young kids. The line-up is inexplicably good, but, well, we sort of couldn’t really get into this one. But then – we’re aware it wasn’t really designed for us. In fact, the cagey vibe we got when we spoke to anyone involved in organising only served as a further hint that this is a petite, successful party, and it intends to stay that way. It doesn’t need exposure, or boosting, it’s fine as it is. There’s nothing wrong with that, we guess. It makes it hard to review, really. Everyone that comes here clearly, absolutely loved it, but that’s because Suncebeat is essentially a private party. The music was great. But we don’t think we’ll be back, and we don’t think we’ll be missed, either.

For all our photos from Suncebeat head to our Facebook gallery 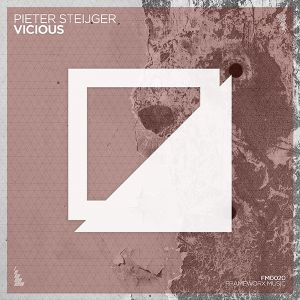