If you hadn’t guessed it already, we’re big fans of Chris Clark here at Data Transmission. Long considered one of the UK’s most interesting producers, if you knew nothing else about him the fact he’s been a permanent fixture for over a decade at British electronic institution Warp Records would tell you that.

More commonly known by just his surname, Chris quickly forged a reputation during the mid noughties as act to watch with the release of two boundary pushing albums ‘Furniture’ and ‘Body Riddle’  – both which took 3 years to make – as his meticulous production style and complex beats began to gain him a cult following. Still defying genre classification and crafting complicated sonic structures for our aural pleasures, it is with great excitement that we receive any news regarding the producer so you can imagine the buzz around the office at the announcement that he would be reshaping his score for Sky Atlantic’s recent crime drama, The Last Panthers into a new album.

Set for release by Warp on 18th March, ‘The Last Panthers’ features music from and inspired by Clark’s soundtrack for the series and sees the producer break off from his mainline discography to deliver this, meticulously edited and expanded version of the original score as a coherent listening experience

“I was quite shocked when I heard all the final cues from Panthers, lined up in the exact order they appear in the show, in a clinical linear fashion,” Clark explains. “I thought, ‘there’s no way that’s an album as it is’. There were about 60 tracks for a start. I felt like I had to rescue it from being a conventional exposition of the music in the series, so I went on an immense chiselling/editing mission and also started writing new material. I think it works as a standalone album, it’s a continuous slab of liquid melancholy, it resonates through harmony and texture. Rhythm felt less important.”

Check out the album’s tracklist below. 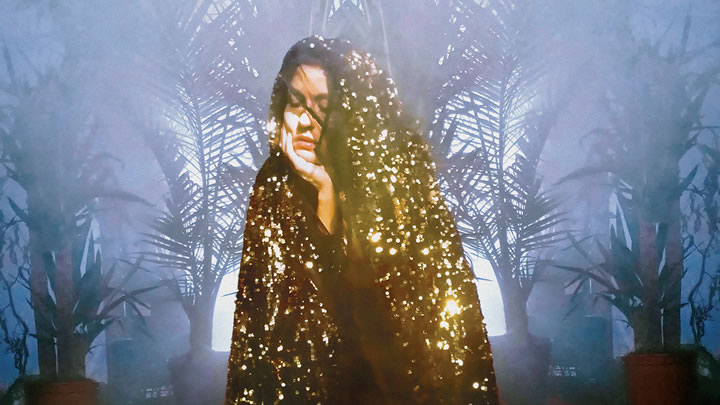