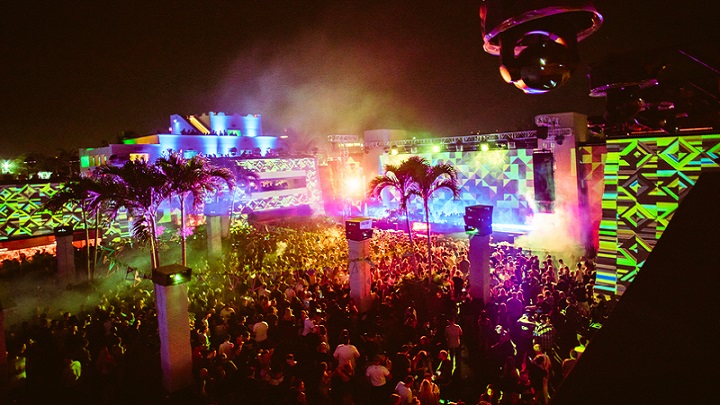 Brooklyn’s massive outdoor oasis The Brooklyn Mirage opened last weekend and set the summer standard high for open-air events in New York. The Cityfox Experience kicked things off on Saturday, May 19th with The Cityfox Experience, followed by a sold-out show for Armin van Buuren on Sunday, May 20th. The 80,000 square foot complex will host some of the best names in house, techno, trance and electronic this summer season with branded events by Afterlife, Crew Love, Innervisions, Mayan Warrior, OUTPOST, Paradise, listed’s PLAY, and SAGA – plus more announcements to come. The Brooklyn Mirage is sure to bring in dance music enthusiasts as well as the usual NYC suspects for another unforgettable season of music-adorned sorcery.

Pick your poison: Dixon and Âme’s legendary Innervisions party lands on August 4, Soul Clap’s Crew Love on August 19, Tale of Us’ Afterlife on September 8, and Jamie Jones’ Paradise on June 2 and September 22. Other highlight events include Mexico’s Mayan Warrior party on June 9 featuring the NYC debut of their legendary Burning Man art car, and OUTPUT nightclub will host their signature off-site event OUTPOST on June 24. Mixmag’s 2017 Breakthrough DJ duo Bedouin will take over the multi-level outdoor oasis with their acclaimed Ibiza residency SAGA on July 3, and San Francisco’s PLAY by listed Productions hosts their event on July 21.

Last and formidably not least, The Brooklyn Mirage welcomes the return of Lee Burridge’s renowned All Day I Dream series with the season opener on June 17th (season closer to be announced). More highlights include the summer edition of acclaimed Spanish brand elrow, the Burning Man pre-party Taste of Dust, and even more to be announced soon! 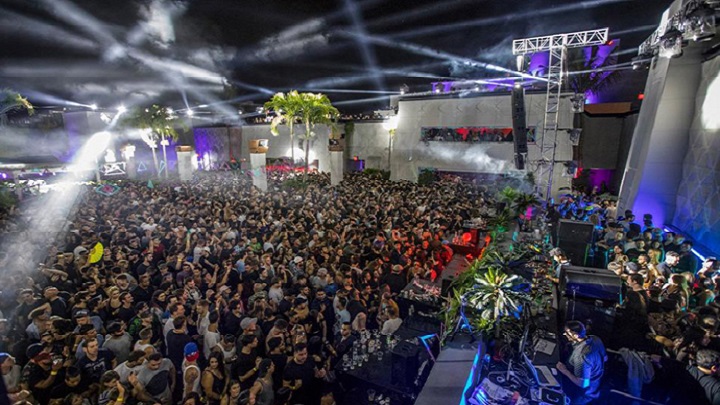 If you’re not dancing at The Brooklyn Mirage this summer season then what are you doing your with life? 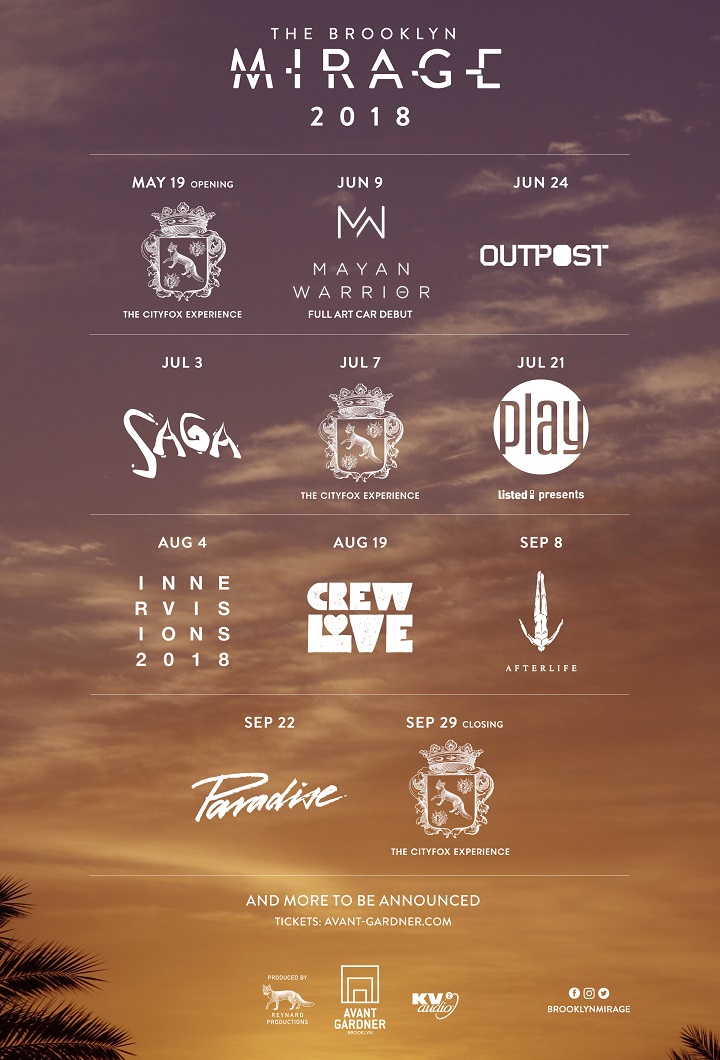