New York City is no stranger to summer time festivals, each one setting the bar higher against the profusion of live music events that this great city has to offer. And as every summer season winds down, we look to Full Moon Fest presented by MATTE Projects to help us rebalance with the power of the full moon and a fresh music lineup.

This year we celebrated the full moon with the guru of experimental dub music, SBTRKT, his hip-hop holiness, Pusha T, new-age electronic ambassador Santigold, Julio Bashmore, Moodyman, Black Coffee, Lolawolf, plus more. But what New Yorkers were stoked about was breakthrough local, BAILE making his Full Moon Fest debut. We caught up with the downtempo mood-maker before his main stage set to talk production style, inspiration, and what he’s listening to this summer season.

How did you get your start in producing dance music?

I started focusing on production in college, however those projects leaned more heavily towards downtempo/electronica/trip-hop. After college, I started a band, Silent Rider, that had elements of various dance genres in it, but it wasn’t until starting BAILE that I began making music that could be classified as ‘dance’. It was around then that I became increasingly interested in and aware of techno & house—both genres that I find myself drawing inspiration from with BAILE.

What are some of the major components influencing your sound from its early inception through this summer season?

I find myself most drawn to individual sounds and textures. Although musical influences may shift and grow, the elements that tend to excite me about a song are always going to be the finer details like a specific vocal sample or synth tone. I’ve enjoy combining precise, synthetic pieces with raw, organic ones and juxtaposing them against one another. So ultimately, while I find my sound constantly transforming, these elements tend to tie everything together with familiar components & writing techniques.

In listening to your music, we enjoy elements of house, down tempo, deep house, and even tropical vibes in certain tracks. How would you describe the evolution of your music? Would you say your music is uniform in sound, or has its directions changed from your earlier days of producing?

When I first started BAILE my music was often classified as ‘Chill Out’. I wasn’t aware prior to that that there was even a genre called that, but I suppose it was a pretty apt description for a lot of what I was doing then. While I think there is a level of uniformity in my music it’s definitely headed in a direction that is more informed by uptempo genres like house or techno.

How do you go about producing, do you begin in the studio and let ideas flow in whichever way your mind takes you, or do you outline components/genre/direction of a track before entering the studio?

I tend to just sit down and start experimenting with sounds or ideas until I strike on one that really interests me. The idea of genre or even a general direction doesn’t tend to come to much into play beyond deciding on a tempo for the song—which can certainly influence where a track heads. Often times I’ll collaborate with vocalists on a song which can sometimes hold equal weight in directing where a song goes. So its usually not until a song is nearly complete that a true sense of its overall sound is fully realized.

Your compilation ‘Matter’ released last year housed a selection of ethereal tempos and emotive vocals that present an intimately expansive down tempo/electronica. Your most recent track remix of Gemma’s ‘Borrowed’ is similar in structure, a moody, yet subtle bassline and echo’ing background elements that really drive emotion into the build of this track. Can you share a bit about what else you’re working on in the studio? And can we look forward to a new EP, or multi-track compilation soon?

I recently finished up an EP that will be release this Fall. It’s heavier on the dance elements while still incorporating a focus on texture and sound design.

Currently I’m working on material for a full-length album. Its broader in spectrum, incorporating collaborations with vocalists alongside experimentation with foley sounds and attention to spatial mixing.

You’re performing making your Full Moon Festival debut this weekend which we are very excited about. Can you share a bit about what we can expect from your live set this Sunday afternoon?

For Full Moon Fest I’ll be doing a DJ set. When DJing I like to play darker, subtler dance tracks from artists like Bonobo or Rival Consoles. These are the producers that I find myself most drawn to when listening to music on a daily basis so its fun to incorporate it into DJ sets alongside my own material. I’ll be playing a couple of my unreleased ones for the first time Sunday as well, which is always an exciting moment as a producer.

BAILE also shared with DT an exclusive Spotify playlist of some of his favorite tracks from this summer season:

For more on BAILE, check out his Soundcloud page: https://soundcloud.com/bailemusic 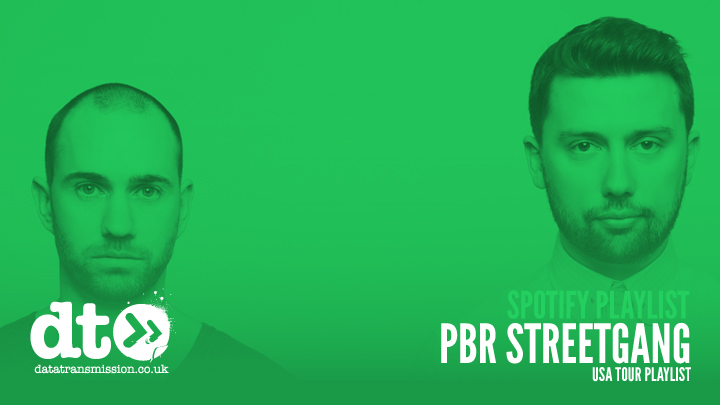