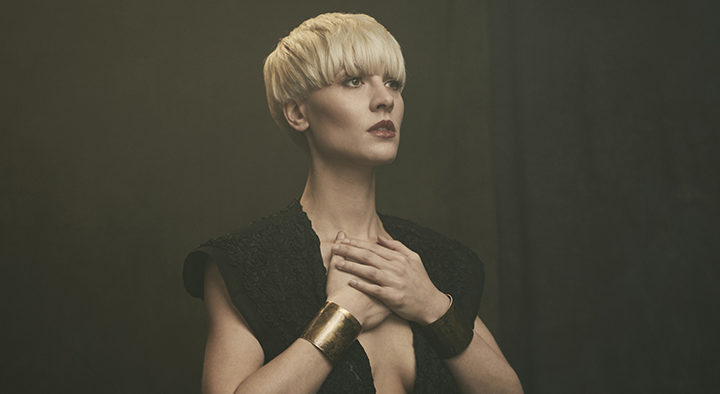 Having been recently described as “One of the best vocalists in the UK” by BBC Introducing and tipped as an “Artist to watch in 2018” on BBC Radio 2 last month, I was lucky enough to sit down with the exceptionally talented Soul powerhouse Mica Millar to find out where it all began, what spurred on her musical journey and where Goldie fits into the mix.

For the readers who may not have heard of your music before, can you tell us how it all began and where that initial spark came from?

Well, my Dad is a musician, and I’ve written poetry and songs since I was really young. When I was 17 I learnt how to play the piano and I’d just spend hours writing songs in my bedroom; since then I’ve been in a couple of music collectives but I’ve always intended to release my solo material when the time was right.

When I was about 7, my Auntie gave me a record player, and my parents agreed they would give me three records. I was given a Stevie Wonder, The Beatles and a Beach Boys record, pretty good choices, but it definitely helped develop my own sound and Stevie Wonder triggered my love for soul music.

I was lucky enough to see you perform in Manchester back in August, can you tell us about the journey since then?

Since then I’ve been working mostly on the pre-production of the album, and I’ve been working on my next single The Defender. And as you know, I’ve had a little bit of help from Goldie and James Davidson (together known as Subjective) on that record which has been really amazing! So with the live shows, the album and also the documentary to run alongside the campaign, there’s all sorts going on, where do I begin?

Writing and producing such powerful songs must really take it out of you; how to do find a way to escape from the gruelling production process?

You know, the thing is, writing music is such a meditative process. I feel it’s an escape for me. I always think it’s harder for other people if they don’t have that sort of creative outlet. When I’m writing I feel like I’m in my space, my zone, I’m in my own world. I think it’s kind of escapism in a weird way. But I must say, once you’ve got to a certain point when you’re recording, producing and arranging a song, it’s working on all the finer details which I don’t really enjoy, especially if you are a perfectionist like me. It takes a long time and can be quite draining.

When I got the track back from Goldie and he’d worked his magic on it, the only thing I wasn’t happy with was the strings because I’d used MIDI strings instead of live strings. I really wanted to go back and record them with live violin and cello, so I had a discussion with him about it, we were both keen to get it finished at this point and I think he felt I was being over critical of my work. He told me that I’d have to let go at some point and accept it was finished. To be fair the song is ten years old! It’s really hard to let go but I agree that sometimes you just have to accept when you’ve done the best you can do.

I did, however, record live strings in the end and when I got the master back I really felt like that extra effort and time was worth it.

Over the last four months as part of The Defender Campaign I have been searching for and exploring stories of people who have been saved by strangers or have saved a stranger. Today, on #Internationalwomensday, I am incredibly privileged to be able to share an insight into Sarah's inspirational story.Follow my page for more stories, behind the scenes footage, the Defender music video and a full length documentary exploring the nature of human empathy.If you have a story that you'd like me to feature, please share it using #thedefendercampaign or get in touch direct via my page.

Your track ‘The Defender’ is being supported by an incredible campaign, can you tell us more about it, and why you think it’s such an important message to deliver?

Given that I wrote this song 10 years ago, and it has been performed in many guises since then, it’s quite significant to me if you like, and the campaign was born out of the concept for the music video initially; I wanted to do something more than just release a song and a music video.

So I was thinking about what the song means, and essentially it’s about empathy; when your morals and strength of character are challenged, are you the person who stands up for what you believe in. It asks that question, what would you do? There are so many people that might just stand back and watch, but as a society, it’s so important to stick up for each other. So this campaign is there to celebrate the people who look out for people when there is no benefit to themselves.

When I first came up with the concept I made a call out on social media for real stories about people who have been saved by strangers, the music video will be showing some of the stories that came back. But that’s not enough, so I’ve also been working on a documentary which covers the wider issues and looks more closely at the stories, the people in them and the social issues that surround them.

The campaign for The Defender was launched on International Women’s Day; if you had any words of wisdom for aspiring young women?

Your authenticity is key. Listen to advice, but stay true to yourself. And… Don’t be a dick.

What have you been listening to recently, are there any artists, in particular, we should be checking out?

I saw a young girl called Tora when I performed with her at ILuvLive’s showcase in London recently; she hasn’t got any music out yet but her voice was absolutely amazing. There is always great music coming out of Manchester, but I’d have to say that Children of Zeus are amazing, their album is great. LayFullStop is another one to check out, she supported me on my first single launch in Manchester.

Thanks, Mica, see you at the next show!

Mica is always looking for more stories to incorporate into her video, so people can share their own online using #Thedefendercampaign if they are interested in being involved!

Mica will be performing The Defender, alongside exclusive unreleased material from the forthcoming album at Band on the Wall, Manchester on 4th April; Leaf on Bold Street, Liverpool on 8th April and The Wardrobe, Leeds on 10th April She will be will be accompanied by a string duo and an all-female backing vocal trio. Tickets are available via Skiddle.

A host of artists remix Goldie’s ‘The Journey Man’ LP

Noisily Festival, Leicester announces the initial line up for 2020