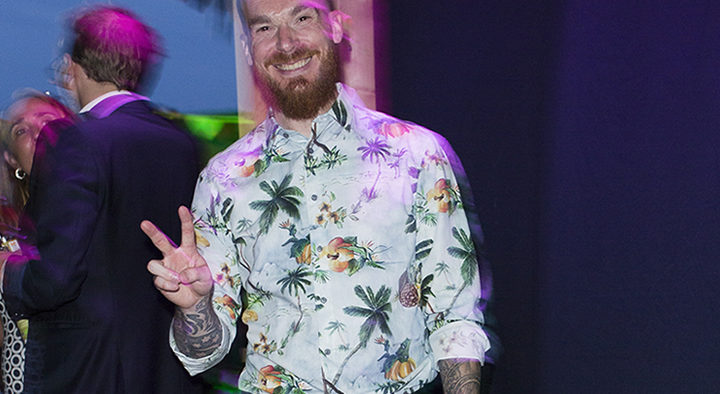 We caught up with Matt Kus, American born who left New York City for Berlin to follow his passion for electronic music and spreading good vibes around him.  The founder of Berlin Bass Collective and Smooth Operators humbly opens himself up in an intimate interview and talks about operating radical life changes, trying to find happiness through the people and music and finding a family in the local scene. 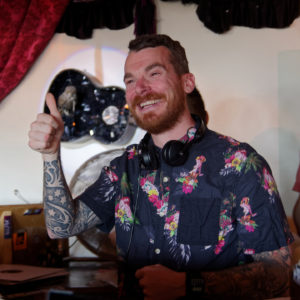 Hey Matt, thanks for taking the time to chat with us today. What have you been up to this week?

Thursday night: thank you dinner for all volunteers (15 people coming) who have helped at any of our 29 parties throughout this year – we will make spring rolls and cocktails for everyone who has made this possible – then go to Saule (Berghain) for the Lobster Theremin showcase to show support for our vinyl distributor.

Friday night: Oye InStore session for BBC-004 release (Kez YM – “Random Control”) – go to Wilde Renate where Zola (resident of our Disco Kiez and House of Love parties and one of my best friends) is playing.

Saturday night: take father who is visiting Berlin to Filterhouse where Zola & Merve Mercury (House of Love resident) are playing for chill drinks – go to Anita Berber for Awkwardly Social one year anniversary party (a crew that we support and supports us)

This week has been super busy between everything surrounding our fourth release on BBC and our sixth House of Love party coming up next Friday – but honestly, I couldn’t be happier or more excited to be busy doing things related to what is most important to me – music! In addition to running the labels (BBC & Smooth Operators), organizing parties, and starting to book our DJs out I also have been working during the day Monday through Thursday at Intakt, the new pressing plant here in Berlin. I also make it a point to always support my friends who are playing around Berlin and who organize parties so I am usually out four nights a week or so and I often try to make it to two parties in a night, so my days really are packed with literally every element of the music industry from morning to night.

Wow, writing it all out makes it seem like I am possibly in a hypomanic state but I really just am super passionate about making this work – by “this” I mean Berlin Bass Collective as a whole; something that gives opportunities to people to share their music with the world by putting records out, giving them the opportunity to play at a party, or sharing their visual art with people. 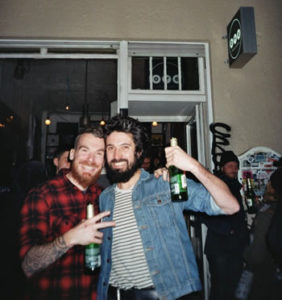 The week leading up to a release is always stressful as I try to coordinate premieres, guest mixes, or features with the two PR firms I work with and the various contacts I have built up. All of the promo work on social media leading up to a release is super time consuming but this time we also have an in-store session/release party coming up on Friday at Oye (my favorite record shop in Berlin) where the producer (Kez YM) and two other BBC DJs (Justin Ramsey – who also produced the second BBC release & Mountak) will be playing. This adds another level of work and logistics but again, it’s all good stuff so I’m super glad to have the extra tasks which, in the end, will give more people the chance to hear our music and feel the vibe we are putting out!

For those out there who aren’t aware of your work as a label owner and party promoter. Can you tell us a bit about what you do?

Whoa, that’s a super broad question but also super relevant so I’ll try to address it as concisely as possible: The corny or “corporate” way to describe what I do in one phrase would probably be “brand ambassador” and then the hippy way would maybe be “vibe curator”. Personally, I prefer to think of what I do as trying to spread positivity and help my family – over the last 17 months we have truly become a family in every sense of the word, between the 16 DJs, 7 producers, and 6 visual artists who are all a part of Berlin Bass Collective. Everyone involved has a true passion for music and uses their unique abilities to manifest that passion into art (music, visual design, graphic design) that then conveys an emotion and a vibe to people. What I want to do is both create a channel for my family members (BBC) to express these emotions and vibes and also do whatever I can to make sure we can share this with as many people as possible! Again, I realize it may sound super idealistic and hippy but my life experiences have got me to this point where it is super important to me that what I put my time and effort into is actually making a positive impact on the world and helping to make people happier in general.