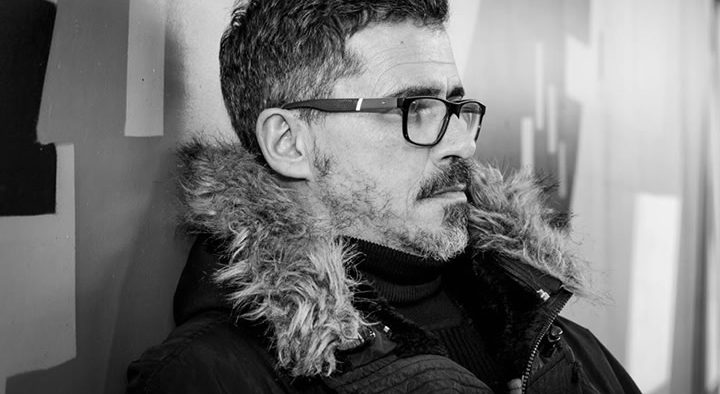 British producer and keys maestro, Brian Tharme’s love of all things deep and soulful and UK garage gave birth to his new Bassball Records, whose latest release ‘What You Gonna Do’ by Rachael Calladine is out next week.

One of the original UK producers pushing the boundaries in the late 90s as Catch Productions alongside partner Gavin ‘DJ Face’ Mills, the duo are behind legendary anthems such as ‘Just Get’s Better’ by TJR (a collaboration with Tuff Jam) and Baffled Republic’s ‘Bad Boys Move in Silence’. An integral part of the Tuff Jam sound with his keyboard playing, Brian has also lent his magic to Joey Negro and Booker T as well as clocking up an impressive production, writing and remix catalogue. Here we get the lowdown on what’s new with Brian. 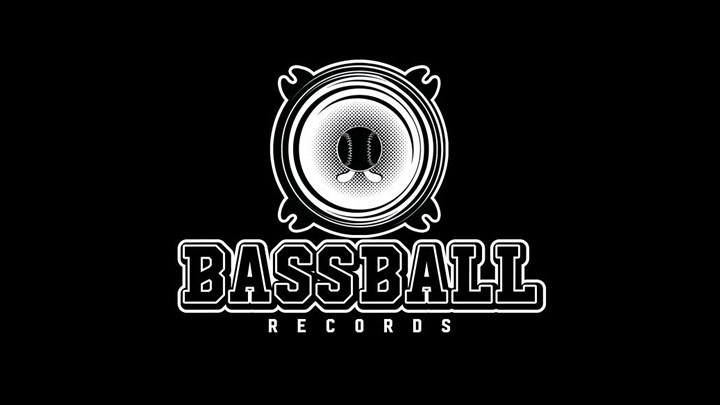 It’s been a while Brian since we last touched base and can you tell us what’s been happening with your new Bassball label in terms of releases and artists?

The label was formed last Summer (2017) and was primarily aimed at being a vehicle for my own productions. However, I started with 3 collaborations. ‘Shakedown’ featuring Memzee ( who I worked with extensively during the 90’s for Catch Productions). Then there was ‘Boyfriend’ featuring Leah Lost and I remixed this to add some freshness, although the original mix was floating around in 2015 and championed by Bump ‘n’ Hustle founder, Bob Povey. The third was a track that I originally started with Richard Earnshaw, ‘Dance’ featuring Lain Gray (remember ‘Battle’ by Wookie? He was the vocalist).

Since then, I’ve featured Memzee’s talented son M.E.S as well as UK Soul legend Kenny Thomas’ wife Francisca aka FAMA. The most recent release currently on exclusive promo to Traxsource is ‘What Ya Gonna Do’ by Rachael Calladine and we’re getting a great response to it. Finally, the next release being programmed right now is a jazzy cut from myself under BKT entitled ‘So Good’.. the first in a line of solo releases.

With the UKG sound so influential on the young generation’s music making, it seems you’ve never been busier and can you fill us in on your recent highlights and festival appearances?

There seems to be a new-found resurgence in UKG notably with the new ‘Garage’ genre added on Traxsource. The latest hashtags being #garagehouse and #newukg. With the advent of Bassball Records, it seems that the sound coming from the label sits right in with the new slant on an old theme. It’s basically the sound that I was one of the originators of, updated with 21st-century production.
I’m not a DJ and I spend a hell of a lot of time in the studio and the last 2 years I’ve been quite prolific. I’ve had releases on Plastik People (my first vinyl release for 20 years), 124 Recordings, HSR records, Musol and South East Studios Records as well as a host of remixes and online keyboard sessions.

Your production schedule continues and does creating music still excite you and how do you approach each release?

I moved to Bournemouth a little over 3 years ago and have a home studio. Music has always been a massive part of my partner and I’s life and this set up I can honestly say is one of the most vibey that I’ve ever worked in. I really find it an incredibly inspirational space with all the equipment I need to be utterly creative.

I have a system that so far, has worked very well for me. I have 5 instrumental backing tracks which I send to potential vocalists and generally, I get back an acapella which I can remix to create a brand new track. In fact, 3 out of the first 4 tracks on the label were written over ‘Vocal backing No3’ and yet they all sound radically different.

I try to limit each release to a main mix and instrumental version, a dub mix and a shortened edit aimed at Spotify, Apple Music etc.
I always use Dean Jacobs @ Fly Creative for the artwork on each release (so as to keep continuity) and SE Studios (Stuart Kettridge) to do the mastering. They both get me and where I’m going with this project. 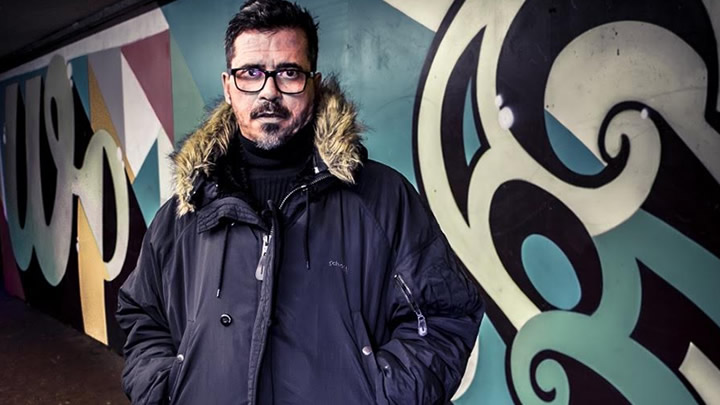 Well-known as the ‘go-to’ keyboardist in house music, you’ve worked with Joey Negro, Booker T, Richie Malone and what’s different when you’re not producing or have the final say?

Over the last 20 years, I’ve had the pleasure to play keyboards for some legendary house music producers, spending many hours in studios in and around London. However, in today’s environment, I have the facility to communicate via the ultra-fast internet which means I can offer a session service without leaving home.  It’s always interesting to see how producers interpret my work, but generally, I’m very happy with the outcome.

And how do you manage to keep it fresh, new and I guess, vital? Is it a case of pressure as a longstanding Producer to always be one step ahead in the house & garage scene?

I think that the key to staying one step ahead is to be true to yourself and not be a sheep. It’s about maintaining quality, making sure that it’s dance floor friendly and creating your own definitive sound. It’s always about pushing the envelope but still keeping it relevant.

Your current track ‘What You Gonna Do’ with Racheal Calladine is out soon and how did you guys come together and is there more to come?

I connected with Rachael around 5 years ago when she recorded for my previous label Soulfunktion Records and I’ve also, remixed a cut that she did for HSR records in 2015.

We had planned to strike up a commercial writing partnership, but as she lives in Dubai, the logistics made it quite difficult. However, as Rachael is a gigging jazz vocalist, we always seem to connect musically and ‘What you gonna do’ is no exception. As with most of the artists on the label, I plan to do more recording down the line.

How do you think garage music, dance music and music, in general, has changed since you started your career?

Well, I started off as a keyboard player in a Brit-funk band in the 80s and enjoyed my most successful period during the 90s. The whole landscape has changed dramatically since those days. Notably, the way reality TV and social media has had an impact on the musical soundscape.

With Catch Records during the 90s, we were selling thousands of 12inch singles each month and releases would sell continually for months. Whereas now, it’s becoming difficult to sell a 100 downloads sometimes and each release has around a 2 week shelf life. There’s far too much product released each week digitally – it would seem that the quality control has waned considerably.
Garage took a dip around 10 years ago, but the nu-skool of current DJs and producers have brought a long overdue freshness to the scene and the sound. For me, it’s amazing how the original US garage sound with the likes of Jazz ‘n’ Groove etc seems to be back at the forefront again.

The MP3 and hyper-fast downloads has changed everything. Physical product overall has disappeared and everyone seems reluctant to actually pay for music as it’s just a file on a computer.s Streaming is the future and that’s something that we all need to embrace.

Dance music defined the 90s – why do you think that was and what was it about the music that grabbed people?

The 90s was the era of Trance and big room house. Tiesto, Sasha Digweed etc. It was also the advent of UK Garage, where off the back of Jungle and Drum ‘n’ bass, a fusion with US style garage led to the sound that labels like Swing City, Catch, Ice Cream etc would lead. It was an era where there was still a massive amount of money in the music business and record companies were prepared to invest large sums in order to make underground hits crossover. It was an era where you would regularly see former underground records make it into the mainstream. 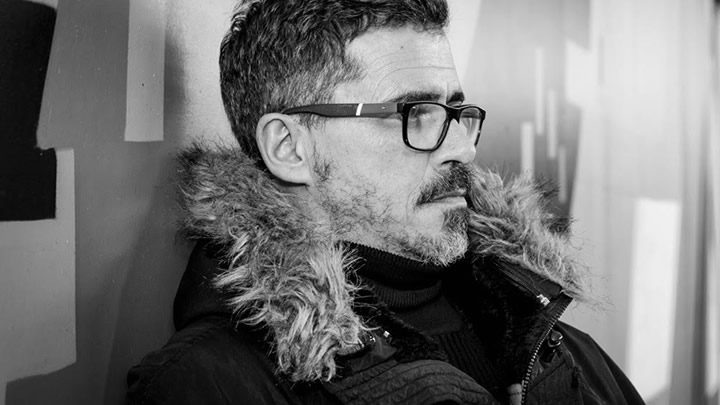 Part of London’s amazing musical heritage as Catch Productions, one of the pioneering names of 90’s UK garage who worked on many of the Tuff Jam anthems, what inspired you to follow this path and is there anything else that shaped you influence wise?

When I met my former partner Gavin ‘DJ Face’ Mills I hadn’t long been into House Music. With the formation of Catch Records and Catch Productions, we had a string of London based UKG producers using our studio and hiring me as keyboard player. We built a firm relationship with Tuff Jam through their management. They would hire our studio for many of their remix projects and when we were booked up, I would travel to various studios in London to work with the guys. We just seemed to gel and some of my best work was playing keys for Tuff Jam.

I always recollect that the partnership of Gavin the DJ/Producer and Brian the former Jazz musician was the foundation for our definitive sound.

Who’s been your favourite artist or producer that you’ve worked with over the years and what made the experience so special? Do you have an unforgettable memory during your musical career?

As far as producers go, the work that I did with Karl ‘Tuff Enuff’ Brown and Matt ‘Jam’ Lamont stands out and I still work with Matt now under the Jam ‘n’ Keys tag.

I think that one of my best memories is having just finished ‘Just Get’s Better’ with TJR featuring Xavier, we cut a dubplate and gave it to DJ Hippy Torrales who dropped it at Paul ‘Trouble’ Anderson’s legendary Loft club in Camden Lock on a Wednesday night. Even though it was the original vocal mix (and not the TJR which went on to heady heights) I knew that this was a killer cut.

Is there anyone else you would like to work with?

If I’m honest, I don’t have a desire to work with ‘names’ anymore. I prefer to work with untapped talents.. upcoming songwriters and vocalists. I’m very keen to do another track with M.E.S as I am with most of the artists that have performed for the label. It seems that just when I’m looking for a new artist to collaborate with, someone pops up. Currently, I’m working with a newcomer from Birmingham, Jadey Leigh and I’ve also received a vocal from a former Catch Records artist Lady M.

And what about the first record you bought?

Should I really tell you this? It was ‘Come On Feel The Noise’ – Slade.. when I was knee-high to a grasshopper!

Pick 5 of your best productions and releases and give us a sentence on why they made the cut?

1 ‘Just Gets Better’ – TJR feat Xavier (Catch Records)
Probably my most successful record and it launched Catch Records, went on to be signed to Multiply and made the UK Top 20 in1997.

3. ‘Loveshy’ Tuff Jam Classic Vocal mix – Kristine Blond
I played keys on this anthem and the wah-wah Rhodes sound on this defined UKG at this period.

4 ‘Jazz Doubt’ – Capital Swing’
A collaboration with UK DJ Rob Acteson and an opportunity to record for the legendary Strictly Rhythm label out of New York. It’s a house cut with a real jazz influence in the vein of Nuyorican Soul.

5 ‘Hollow’ BKT Deep Summer Vocal Mix – Mark De Clive-Lowe (Mashibeats/Ropeadope Records)
A remix that I did for MDCL’s ‘Church Remixed’ album and again a jazz influenced track and really proud to be a part of this project. 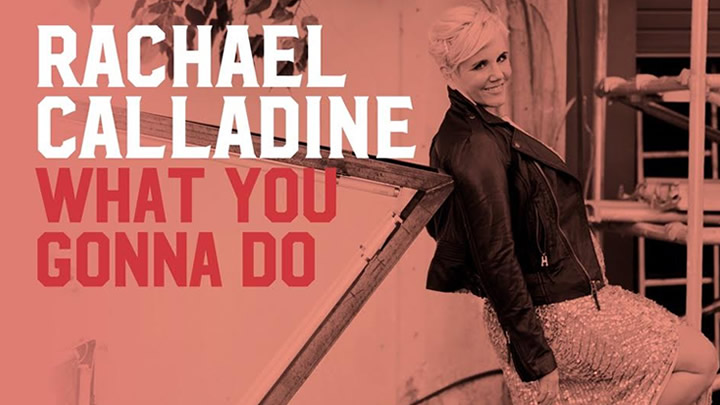