As the Ibiza season draws to a close, nights get longer and parties get wilder. Everyone loves a great season finale, so it´s time to gear up for one of the biggest: Privilege Ibiza is ready to sign off in style on Friday 02nd October with its revolutionary SuperMartXé who will take the Main Room by storm with a 12 hours musical marathon featuring the likes of NERVO, Thomas Gold, Yves V, Brian Cross and Glow In The Dark

A true sanctuary of electronic music with two decades of experience under its belt, Privilege Ibiza is constantly reinventing itself, and this twenty-second summer has been all about encouraging a new generation of young talents and fresh concepts. After four busy months full of SuperMartXé´s extravagance and originality, Life In Color´s explosions of colour and EDM, the unique tribal calling of Windtalkers, Connect Ibiza´s trance heaven, the pure house sound of Hard Times and the unique b2b sets of Do Not Sleep, Privilege Ibiza prepares for one of its greatest events this season together with SuperMartXé.

One of the most important entertainment and nightlife promoters globally, SuperMartXé is well known for its extravagant shows: grandiose stage settings, unbeatable acrobatic shows and unparalleled party themes, always showcasing the latest technology and cutting edge visual effects…imagine all this in one night, and add a 12 hours musical marathon featuring some of the hottest names in EDM and you`ll start to get an idea about how the Closing Party is going to be.

Mim and Liv Nervo are the protagonists of the Main Room on October 2nd. With regular appearances at festivals such as Lollapalooza, Electric Daisy, Ultra Festival y Tomorrowland, the Australian twins made their great leap to stardom with the Grammy winning song “When Love Takes Over”, co-written and recorded with David Guetta and Kelly Rowland. Their international success led to numerous collaborations with artists such as Britney Spears, Nicki Minaj, Jessie and the Toy Boys, Fat Boy Slim, Avicii, Pete Tong, Afrojack, Dimitri Vegas & Like Mike, Steve Aoki, R3hab, Armin Van Buuren, Hardwell, and propelled them in the 21st position of the prestigious DJ Mag´s Top 100.

German Dj and Producer, Thomas Gold, whose productions are backed by the likes of Axwell, Steve Angello, Tiësto, David Guetta or Chuckie, will also join in. Ever present in the most important electronic music festivals and clubs worldwide, Thomas Gold will step onto the decks of Privilege ready to set the dance floor on fire. The perfect storm wouldn’t be complete without the performances of Tomorrowland´s resident Yves V, SuperMartXé´s regular guest this summer, Brian Cross, and Dutch duo Glow in The Dark. The SuperMartXé DJs: Alex Guerrero, Abel The Kid,  Javi Reina, Manuel de Diego, Salva di Nobles, Valcar are also on the bill for  Friday alongside the insanely talented Nalaya Brown.

The intimate Vista Club has hosted an impressive array of new party concepts this season which have been very well received by the public. Do Not Sleep has been without a doubt one of the greatest success stories on the White Island this summer. With energetic, engaging parties that really challenged the norm, offering quality underground and forward thinking line-ups, Do Not Sleep kept a busy Vista Club on Sundays and gained a loyal following. Besides their amazing three: Darius Syrossian, Santé and Sidney Charles whose b2b2b sets became one of the identity markers of the new brand, Marquis Hawkes, Dennis Ferrer, Richy Ahmed, Dense & Pika, Reboot and Breach  have all played events this year and each one was named from start to finish. Mondays in Vista Club were synonymous with Windtalkers, a one-of-a-kind party concept with a distinctive theme which brought us 10 weeks of top notch quality techno and an impressive season LineUp featuring the likes of Fritz Kalkbrenner, Vitalic, Oliver Hunteman, Technasia, Booka Shade, Dj Sneak and Tiga among others. Connect Ibiza brought back trance on Tuesday nights at Vista Club – Paul Oakenfold, Markus Schulz, Solarstone, Gabriel & Dresden are some of the trance titans that stepped onto the decks of Vista this summer on a Connect Ibiza night. Saturdays saw the Ibiza debut season of much loved house crew Hard Times in Vista Club with the likes of Todd Terry, DJ Sneak, Junior Sanchez and Paul Woolford

Tickets are available for sale at www.privilegeibiza.com and if you´re a resident in Ibiza you can get in for free. 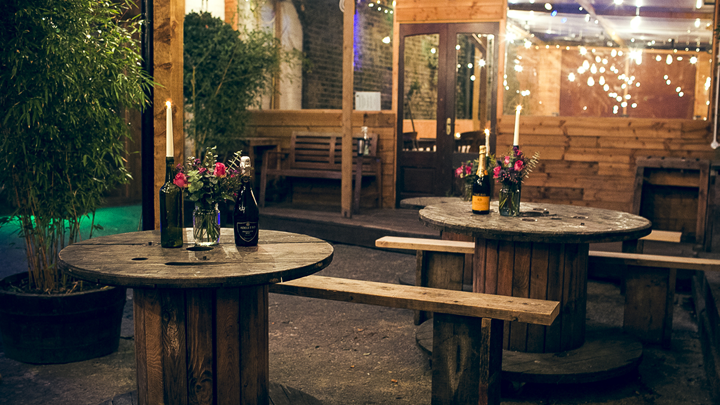