Reviewed: Do Not Sleep Ibiza Opening

Do Not Sleep is one of Ibiza’s most talked-about newcomers, nestled in the hills of the middle of Ibiza the unrivalled views provide an amazing backdrop from which residents Darius Syrossian, Sante and Sidney Charles deliver their music to a loyal house crowd.

The opening party on Sunday 12th July saw expert Ibiza resident Kydus kick the night off, beginning with the laidback vibes of his own recently released ‘Jupiter’. The shimmying xylophones of his popular collab single ‘Cala El Verano’ soon followed and proceedings were well and truly underway, the art of the warm up seems to be perishing by the year yet Kydus laid down the foundation for the night with a slick and eclectic start.

Special guest Richy Ahmed picked things up around 1am. His recognisable figure behind the decks was instantly well received by the crowd, a largely British following, who were clearly all delighted that the secret name had lived up to expectations. Richie’s excellent set just reaffirmed why he’s such a popular jockey these days in Ibiza, cheering away himself his inimitable style was transmitted to the crowd along with his enthusiasm, a wave that reverberated through the Vista crowd.

3:45am saw the arrival of the trio (Darius Syrossian, Sante and Sidney Charles) and they duly went in all guns blazing for their special extended ‘b2b2b’ set. Darius picked up the reigns and continued to build on the energy and pace set by Richy beforehand. The 3 close friends are clearly a winning combination – having played together at various venues and events over the past few years, there’s a solid music synergy that runs through the group. A solid 3+ hours of relentless upbeat tech & house was laid down before us, right up until the sun rose, finally revealing the beauty of the surrounding scenery and providing one of those ‘Only In Ibiza-esque’ moments.

Do Not Sleep returns to Vista this coming Sunday when House don Dennis Ferrer drops by to spin, alongside Darius Syrossian, Sante, Sidney Charles and Bones. It looks like the trio are in for one massive season on the White Isle, they’ve found the perfect balance between the headliner/resident mix and the night continues to grow as one of the most talked about nights in Ibiza this summer. It’s credit to the promoters (Electric Ibiza) and all involved who have sculpted something new and exciting and what as a dance floor onlooker feels tangible. You can see the care that’s been put into the concept and it transmits to the beaming crowd that it’s delivered to on a weekly basis. Hold tight everyone and be prepared for very little sleep along the way, Do Not Sleep has dropped in for a season long insomnia session!

Want to head to Do Not Sleep? Make sure you grab a ticket from DT-Tickets here

Darius Syrossian is back on Griffintown with ‘Go Insane’ EP
Grahame Farmer October 30, 2022

Darius Syrossian is back on Griffintown with ‘Go Insane’ EP 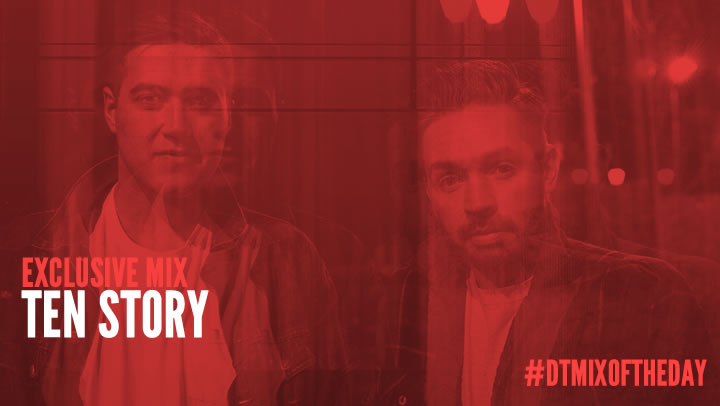