Same Frequency’ is a DJ / Production collaborative between Robert James & Death on the Balcony.

The collective is the product of many studio sessions over the past year and a friendship formed at Dirty Disco 10 years earlier! They have released on labels like Waze & Odyssey’s ‘W&O Street Tracks’ & Waifs & Strays ‘Lovecrimes’ and this summer saw them hosting the sunset terrace at Space for Elrow in Ibiza. With a string of releases lined up and some parties of their own in the pipe line this project is one to keep your eye on.

The free giveaway ‘Take Control’ was inspired by the old days of Dirty Disco where the three first all got together. All being equally as inspired by those bookings back then like Get Physical, DJ T and other music and influences on us back then such as Ivan Smagghe. This track is a homage to those early DD days at Northern Light.

We also had a mini chat with them about Dirty Disco and what’s going on at the moment and the new collaboration between them both.

How and when did you get involved in Dirty Disco?

Death on the Balcony – It was back in 2005/2006. We had started producing together in the studio with what was to become Death on the Balcony. We were DJing a bit around Leeds too but mainly small bar gigs together. Dirty Disco back then was at the Northern Light which, it goes without saying, was a perfect fit for the party. 3 amazing Rooms which you could walk around in one big circle until basically you forgot what circles were and couldn’t stand up. 😉 It was such an amazing vibe in there with such a great crowd and the music and bookings were very fresh for that time in Leeds. We knew we had to be a part of it somehow. We met Foz and pestered him to let us play and he finally caved in just to shut us up probably and gave us a set in Room 3 – the cocktail bar, or as it better became known ‘The Brothel’. Foz had it in his mind that we were going to play indie, 80s & a more alternative, eclectic set in there which we did for a little early doors but then mostly ignored, we just started playing a bit of everything including loads of electro and techno which seemed to go down really well in such a intimate space. It was a great atmosphere in that small room and from there we went on to eventually play all the other rooms. When the night was nomadic we had the privilege to warm up for some great DJ’s we respect like Dyed Soundorom & Moodymann. There is a great set of people involved with Dirty Disco, whether they ran it, were residents or partied there a lot of people we met there have become friends for life.

Robert James – I had just left the Army in 2005 and went on a mad one since I was free ha. I started off in Manchester and Liverpool as my mates were at Uni there, few of my mates spoke about this guy called Foz who had moved to Leeds from Blackpool to start a Magazine. Next thing I hear he’s started a night and its really really good. So me on my mad one had to go and check it out, my mates were right! It was amazing. So from then on I went to every single one, every month travelling from Blackpool or Manchester. I used to do Sankey Soaps in Manchester on the Friday and this on the Saturday. At one point I used to pick up the DJ’s from Manchester airport and take them to Leeds in my Ford Fiesta 1.6 Si. I Remember once even working on the shuttle busses in my bright orange Hi vis Jacket getting people to Victoria Works. After going so many times and anoying Foz & Stu with my mix CD’s I finally started to get gigs there, usually mainly at the after parties. From then on I was in and ended up becoming a resident.

What was your favourite night?

Death on the Balcony – There has been many amazing nights for us at Dirty Disco not forgetting silly mornings with all the after hours & of course the infamous boat parties along the river Aire which were ridiculous to say the least. But as nights go though one that springs to mind for us in a DJ sense was when we played the opening of Dirty Disco at Victoria Works and about 2000 people showed up. It was a memorable one to say the least and probably our biggest crowd we had played to at that point. There is definitely photographic evidence somewhere of our happy faces afterwards captured on camera. Cats who got the cream! It’s really tough to pick a favourite as we cant remember most of it but there is this underlying feeling and hazy nostalgia that a very good time was had! As clubbers at Dirty Disco we would have to choose the Get Physical party as one to remember or maybe the time when Stephane Bodzin turned up with a stinking cold and absolutely smashed it. Or maybe it was meeting the Hacker and asking him if there was any turbulence on his flight! (bizarre first question upon introduction!) Ha

Robert James – Well where do I start or what can I remember. As Paul and Mark mentioned the Get Physical Party was incedible with M.A.N.D.Y, Bookashade, DJ. T and the rest, It was a huge lineup and at the time I was really into that sound. I was more into Techno tho so the nights of Dave Clarke, Blackstrobe, Thomas Schumacher, The Hacker and Slam were big ones for me.

Tell us a bit about the Free track you have given us? What have you got coming up at the moment?

Robert James – This track was made last year and it’s based more on that DJ.T and Blackstrobe sound which for me was the sound of Dirty Disco in 05/06 so we felt we wanted to bring back some memories and sound of that era for the night. We have lots of Same Frequency bits in the pipeline with finished tracks and gigs coming up together. Myself I have Gigs in Barcelona, Ibiza, London, Bristol, Paris and BPM and U.S/S.A tour in January. Thanks and I hope you like the free track and Mix.

Death on the Balcony – Before we get to Dirty Disco we will be heading to Birmingham, Bucharest & Berlin to play, so looking forward to a good few weeks ahead! We have just agreed to New Year in Marrakech too which will be a great way to stat the year! Aside from gigs, we have been working hard in the studio on lot’s of new material for Death on the Balcony plus some solo stuff for & with All Day I Dream & continuing to play for them wherever the beat takes us… And of course similar for our collaborative project “Same Frequency” with Robert! Same Frequency have been building up a body of work over the past year or so and now we have quite a few tracks ready to go which is a nice position to be in, so watch this space! As a starter we hope you enjoy our Dirty Disco inspired Free track for all you lovely lot! 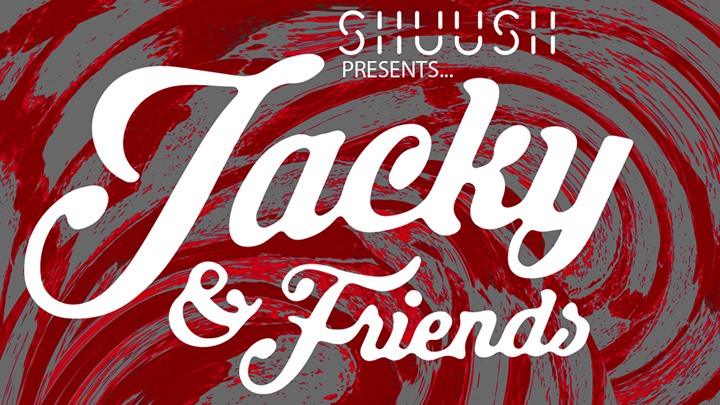