With their Outer Space theme already announced, we at Data Transmission are all set to launch and they’ve announced some amazing acts into orbit today including the one and only Fatboy Slim!

A whole galaxy of space activities and fun are to be had next year on  28-31 July at Lulworth Castle in Dorset.  Norman Cook aka Fatboy Slim is joining them in Outer Space to headline Saturday night’s intergalactic action. No stranger to reaching for the stars, Norman is the real deal when it comes to hit factories with a back catalogue that will be sure to have your hips swaying and your booty shaking all night long! An absolute must-see, we can guarantee Fatboy Slim will be taking us into orbit.

Fatboy Slim says: “As a veteran of Sunday Best, Bestival and Common People it seems a hideous oversight that I appear to be a Camp Bestival virgin, especially as a father of two. Consequently myself, Zoe and our two little smashers will be embedded for a weekend of family frolics and nocturnal adventures, be assured we will make up for lost time!”

They’ve also added a bonafide superstar in the making in Jess Glynne & she will be headlining the Friday night at Camp Bestival! Add to this direct from London’s West End, the acclaimed adaptation of smash hit children’s book, Aliens Love Underpants will be making a very special appearance at Camp Bestival, Dick and Dom will be blasting back to Lulworth Castle this July and no Camp Bestival would be complete without the greatest cosmic clown known to man, Mr Tumble!

Rob da Bank says: “Greeting cosmonauts and mini astro-nutters… so as we prepare for our first spacewalk in July, I’m mega chuffed to unveil two of our intrepid headline sonic explorers. I’m not sure another festival could get away with Fatboy Slim and Jess Glynne but it’s a tribute to you lovely campers that we can deliver such a diverse bill. Fatboy has always been one of the family, and Jess Glynne is quite frankly a one woman hit machine who will light up Friday night. Not forgetting our old chum Mr Tumble and, to fit with the theme, we have the amazing Aliens Love Underpants! Prepare to go extra-terrestrial”.

For tickets and more info head to www.campbestival.net

Sasha: On a Last Night on Earth 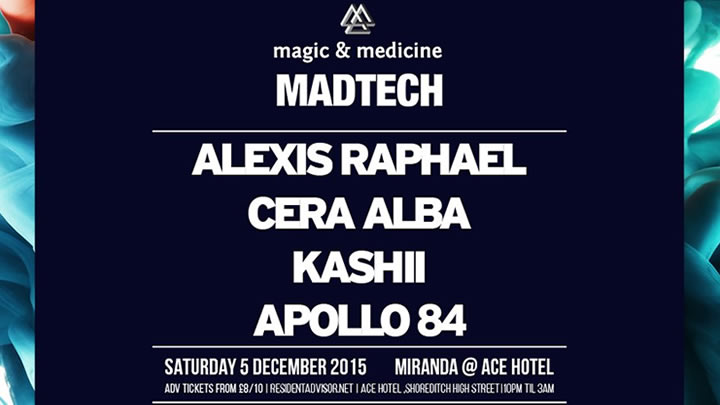