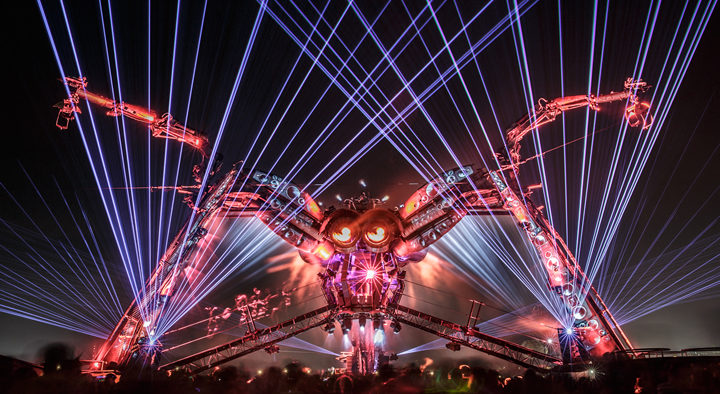 The Reactor is an experimental sensory laboratory, which is pitch black from lunchtime, the Reactor features a hugely ambitious new laser installation that transforms the hexagonal arena into an all engulfing geometric matrix. With performers flying overhead morphing the 3 dimensional forcefield, new patterns and symbols forming in the strobes, and a thunderous intensity pumping from every angle, it is set to be a test bed for a whole new chapter of Arcadia’s creative evolution.

Arcadia founders Pip Rush and Bert Cole said “It’ll be like stepping through a portal and into another dimension. We’ve always wanted to take the ideas that don’t translate outdoors and really push them in an indoor setting. The Reactor concept is about creating a crucible where sound, light, performance, geometry and the energy of thousands interact in an immersive space – and seeing where that can go.”

Tickets are on sale now via Ticket Tannoy. 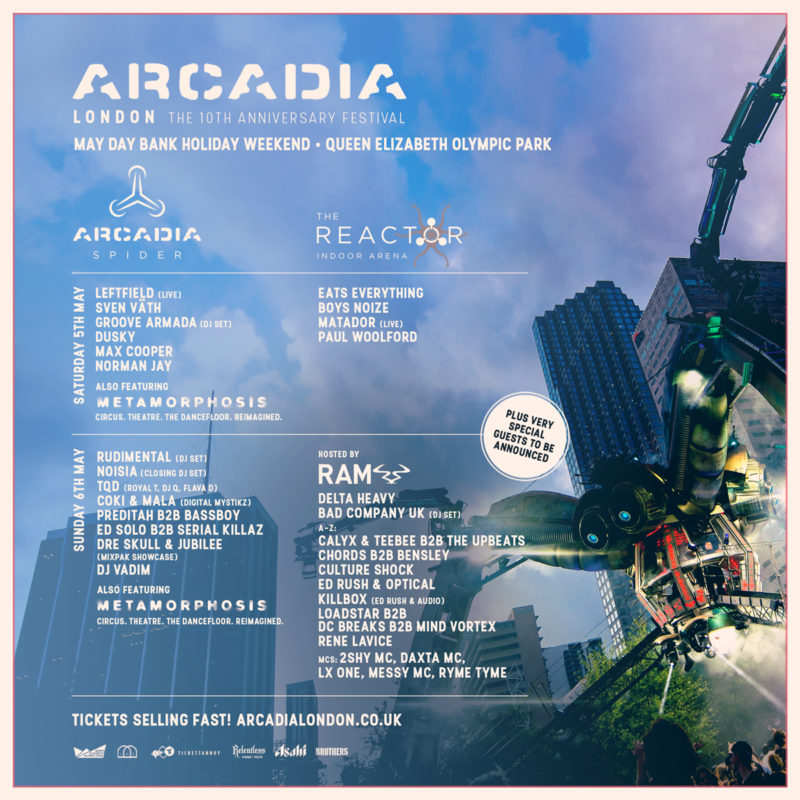