Photos by: The BPM Festival

Once the hype of the holiday season of overindulging, overcompensating, and overcommitting oneself starts to dwindle – a light of hope forms, leading us to The BPM Festival – a 10 day festival that takes place in an unparalleled tropical utopia called Playa Del Carmen, Mexico. An unexpected axiom delivered from DJ/Producer, Saeed Younan is that BPM does not stand for Beats Per Minute but Bartenders, Producers, and Musicians which might perplex any of the regular attendees. Originally created to be an escape for the many people behind the scenes of the electronic music industry – BPM is a way to provide some rewarding downtime in this beautiful locale, enticing and captivating music enthusiasts throughout the world for the past 8 years.

Flying into Cancun is nothing short of the experience you anticipate. The bright sunlight radiates so intensely that layers of winter clothing cannot fly off fast enough. Several short round faced tan men competitively approach every new arrival by whatever means necessary in English and Spanish and 45 minutes later after passing 4 lane highways, one way roads, and lots of speed bumps – you arrive at the tropical oasis called Playa Del Carmen.

There is something about being closer to the equator that gives your body a natural high. The vitality of the locals as well as tourists evokes a burst of elation deep within your soul that propels you in every direction.  There is so much to see and so much to do and so many parties to attend to – purchasing a wristband ahead of time is highly recommended in order to avoid lines and guarantee entry into all the parties. Plenty of helpful representatives eager to assist and inform are also present throughout.

The first party we attended was with the legendary Innervisions brand at Blue Venado. Reports of an absurdly treacherous and potentially dangerous voyage to this far away venue only excites us more.  After approximately twenty minutes of darkness – the cab comes to an abrupt halt before a sea of many other white cabs cutting each other off and eagerly trying to access the entrance to a one way path. There cannot be enough emphasis on the fact that this is not a road. After approximately 7 minutes of concern that has undoubtedly grown into confusion and possible fear – a radiance of bright blue light hits the windshield and a sense of relief soothes you.

Half of Blue Venado is graced with the shoreline and half of the venue is heavy tropical foliage. The bar area is adorned with swings instead of stools and at the back end of the space a sand dance floor and an elevated DJ booth are located at the front. Somewhere between the beach and the structure itself are several rocky winding pathways that tumble downhill to the beach. It is near impossible to remain upright when journeying anywhere at the space – especially in any heightened state of mind.

The sounds of Henrik Schwarz sent us swaying into our joyful two stepping – the kind of upbeat bounciness that makes you want to turn around to your neighbor with a smile on your face and introduce yourself.  The crowd was comprised with mild tempered, fun loving music enthusiasts that all shared the appreciation of the sexiest techno paired with the most beautiful backdrop.

Just before the sunrise you could observe masses of restless souls heading to the shore for the sunrise.  We were being lured to the beach by both the music and mother nature and patiently awaiting the arrival of our beautiful sun while being accompanied by the sauntering beats of Dixon. As the sun graced us – lost friends were found and rekindled the night’s events. Dixon drew us back to the floor where he laid his enticingly elegant vocals over poignant riffs and sent the crowd into a frenzy with the appropriately timed baselines. Closing with ‘This is how we walk on the moon’ was the most timeless effort of the morning.

With the expectation that there was much more to come – the sweeping expression of yearning for more was abruptly changed to confusion when the party prematurely came to a close. Due to circumstances out of the venue’s control, the local authorities shut down the event at 7am while also searching/confiscating and arresting party goers for illegal substances. After many frustrations of events taken place at Blue Venado during the course of the week – the festival was forced to relocate the only subsequent party at the space. The Saturday night No.19 party with Cassy, Art Department and Dennis Ferrer was added to the line-up for the This is the End’s day party at Mamita’s on Sunday. It was never easy to decide what party to attend.

Saturday during the day was no exception to the perpetual debacle. Between the Relief vs Cajual, El Row, and Joseph Capriati parties, it seemed obvious that the best option would be to attend a showcase of talent as opposed to one single headlining DJ. Several DJs played short 1.5-2 hour sets throughout most of the festival mildly displaying their range but it became necessary for us to be taken on a techno journey with Joseph Capriati with an impeccable opening techno set by Carlo Lio at Fusion – loosely interpreted to be a beach restaurant/bar that resembles a typical seafood shack on the shore. Joseph Capriati dived right into tech-house and appropriately set the tone for that time of day embracing the level of intimacy of the venue.

By the end of the festival, the little remaining energy that is left has to be fully invested into the closing parties. By this time everyone has learned their limits and excelled past them. All tickets for the Saturday night This is the End with No. 19 Music that was originally scheduled for Blue Venado were redeemed on Sunday and Dennis Ferrer’s downtempo energy set a very specific vibe for the party. The newly renovated and highly expanded Mamita’s was packed to the gills with partiers but nothing about the environment was aggressive or uncomfortable. It was still bearable as the deep house movement of Ferrer’s lack of inflection required little movement.

The much anticipated set by Art Department was welcomed after a needed wake up allowing for the tone to be fixed with a few less than familiar techno tracks which perked the crowd right up. Both Johnny White and Kenny Glasgow took us on a slight detour of lighthearted house before diving hard into some recognized favorites. The energy of the party peaked when ‘Don’t stop’ made its way through the speakers. Bikini clad ladies climbed the poles of the day bed tables and shook their maracas with everything they had in them exciting the crowd. The classic ‘Rej’ track caused everyone to rave in a completely sweet and simple way that only a track full of memories at a closing party could bring. Art Department brought the party to a gradual close all too soon for its fans in a subtle and gentle manner.

When the festival came to an end – utter confusion surged acroos everyone with the question arising “Where did the time go?” The BPM Festival is about the music culture that one is exposed to and the new friends that are made in the paradise that it’s all experienced in. There is an abundance of understanding to take away from this celebration of life, but the most importantly it is just that – celebrate life.  Rewarding yourself with the beauty of music and doing it under the glistening sun and sparkling stars in a place that is not too fancy but always fun.

The next BPM Festival takes place from January 8th to 17th, 2016 in Playa Del Carmen, Mexico 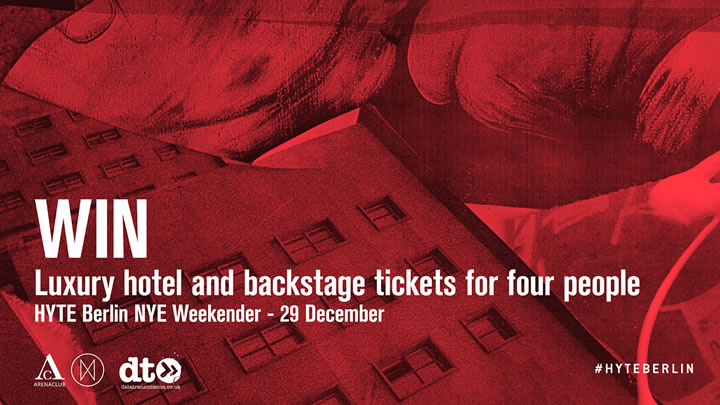