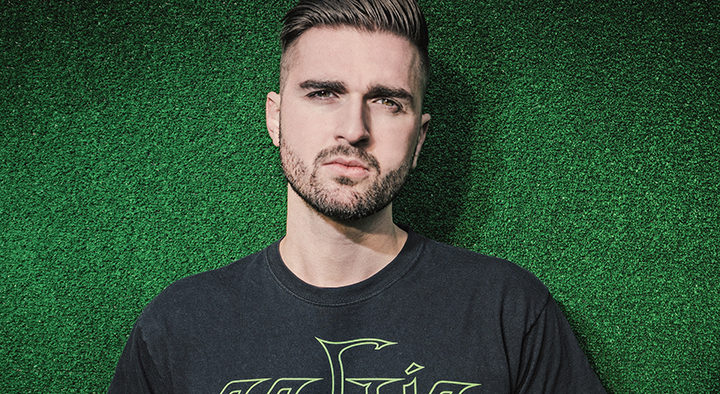 We’ve been supporters of Tobtok since he first released ‘Savanna’ on Kitsune back in 2015. Since then he has firmly established himself as one of the rising stars of the next wave of Swedish house and nu-disco producers. He’s signed tracks to labels such as Disco:wax and Ministry of Sound, as well as delivering killer remixes for the likes of John Newman, Hard Rock Sofa (Axtone), Years & Years (Kitsune), Kesha (Sony), Tough Love and many more, including his just released big new remix for Aloe Blacc (Polydor).

His new single ‘As I Sleep’ (ft Charlee) a collaboration with fellow Swede, Adrian Lux showcases Tobtok’s edgier, darker side – club focused, piano-driven house and is getting heavy DJ support as well as hitting well over 1 million streams on Spotify already. This follows huge successes with the other side of Tobtok’s sound, his love of nu-disco which saw his 2016 track ‘Fast Car’ blow up, crossing over to go double platinum in Australia – it has now been streamed over 30 million times, with his track ‘Aber’ on Ministry of Sound also hitting nearly 6 million streams so far.

Still only in his early twenties, the future is bright for Tobtok. As he prepares for his US tour (his first since 2016) and a date lining up with Kygo at Ushuaïa in Ibiza (29th July), we asked him for the musical influences that have shaped the two sides to his sound, both nu-disco and club-focused…

I developed a nu-disco sound quite early in my production-career because I started out with a huge interest in the French electronic scene! At the time I didn’t know that Nu Disco/ ‘Blog-House’ were in the same world as pop and would end up as what people now consider to be Tropical House.

Aeroplane vs. Friendly Fires vs. Flight Facilities – I Crave Paris

This track came out not long after I first started producing in 2010. This track which is a mashup of two tracks is the ultimate blog-house record. It made me obsessed with plucky chords!

This is the ultimate Nu-Disco track ever. You might recognise the chords – the bass and the arpeggio are ICONIC. This is the happy vibes that I’ve always loved in electronic music!

Breakbot – One Out Of Two (Oliver Remix)

The chords in the chorus changed my life. I tried to write something like that for months after I heard this remix and it has definitely influenced my sound. Oliver has always been a big inspiration for me and still are!

One of the first Tropical tracks out there, and it still holds up today! It was during 2012-2013 where Nu-Disco went into this more Tropical and Chill side which I was very quick to jump on!

Swedish pop has always been present in my music-making, and Avicii is no exception. I’ve always been into piano-driven songs and Tim was the master of it.

I’ve always strived to head into a more club-oriented sphere and I feel that I’ve recently found out more what my identity is in that world.

I remember hearing this for the first time and instantly wanting to replicate the drums on it! This track remains clubby even though it nods to a disco-world.

Structurally brilliant and produced to perfection. It opened my eyes and suprised me that Tchami had a more mellow and sophisticated side to him!

One of my favorite club-tunes in recent times. It definitely inspired me to be more playful with Piano-sounds and the vibe was just so forward-thinking at the time it felt like it came from the future the first time it got released on promo!

I’ve always admired Rüfüs’ sound design. They use analog synths in such a clever way and always manages to build up an atmosphere hard to compete with.

This is one of my favourite Disco-House tracks ever. It showed me a different side of Nu-disco which was more optimized for the dancefloor!

Tobtok & Adrian Lux ‘As I Sleep’ ft Charlee is out now on Perfect Havoc. https://fanlink.to/JhC