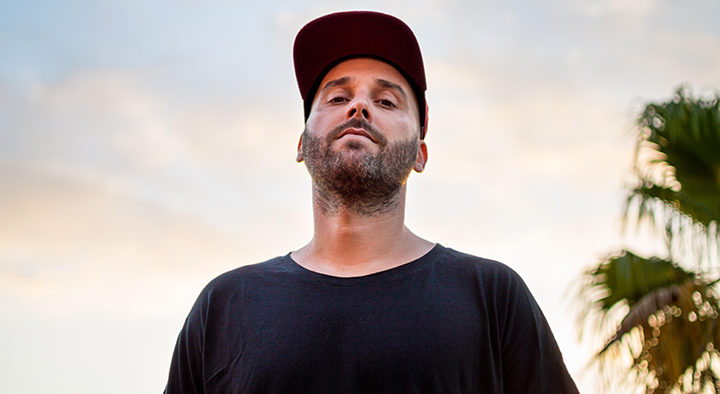 He has also graced the best clubs and festivals in cities such as London, Tokyo, Barcelona, Sydney, Moscow, Frankfurt, Singapore and other corners of the world. As well as several times at the world-renown elrow, Luciano’s very own Vagabundos events and Kompakt Records parties. Bora brings rhythm and groove wherever he goes.

He’s just launched his new label ‘Too Many Rules’ with the debut EP titled ‘Raw’ feat. remixes from Huxley & Davina Moss, so we asked him on our Musical Influences feature to tell us, what’s the music that really drives & inspires him through his life so far.

“This playlist consists of the musical influences and styles that have inspired me during my life. From when I was a kid listening to the vinyl collection of my father to the present day making music in the studio and playing live around the world. In this list are African music, Soul, Funk, electronic music and others styles. I consider myself a ‘meloman’ person that absolutely loves music, and I’m open to a range of different styles. This playlist is a journey from different moments of my life: being a kid, playing Latin percussion in a band, when I started making music and playing vinyl records through my current place as a DJ and producer making music for big international labels, and lastly starting my new record label Too Many Rules.” – Javi Bora

I absolutely love African songs. Fela Kuti for me is the king of this genre and his songs are a big influential in my music. His music gives me positive vibes! This music reminds me of when I was a kid and my father played his vinyl records…my roots!

What can I say about Mr.James Brown? Pure magic from the king of funk! He was one of my biggest influences to make music. When I make music, always I try to make grooves with a lot of funk, so I’m always trying to add a touch of artists such as James Brown.

Soul II Soul ‘Back To Life’

I love Soul II Soul and this is one of my favourite songs from them.

The ARTIST! I remember playing this song during my residency at Space Ibiza on the Sunset Terrace and seeing all people dancing with a smile! That definitely made me happy!

Roy Ayers ‘Everybody Loves The Sunshine’

Beach vibes! What a song from the great Roy Ayers! For me, this song describes Ibiza by day at the beach.

I’ve played the vinyl record of this track many, many times over a lot of years. These guys know how to make music! I love the music of all of them, and also from the great label Ibadan. They have all been a big influence in my music career, and the sound of Kerri Chandler’s productions is perfect to describe what I want to release on my new label Too Many Rules.

This is possibly the track that I’ve played the most times out of any, and it is one of my favourite classics to smash the dance floor! This track reminds me of the old and great Ibiza, and of course, I played it at the Space Ibiza Closing Party.

This is one of my favourite House music tracks, and this song could describe the sound of my new label Too Many Rules. It would be great to have a track from Chez on my label, pure House music! Loveeeeee it!

I remember when I listened to this track for the first time. It changed my vision of electronic music. I couldn’t stop listening to the track for about a year and it’s still in my bag. Mathew is a great producer!

Steal Tapes returns to Javi Bora’s imprint Too Many Rules with ‘Dance With Me’ EP
Grahame Farmer January 7, 2021

DJ Sneak returns to Javi Bora’s imprint Too Many Rules
Grahame Farmer May 13, 2020

DJ Sneak returns to Javi Bora’s imprint Too Many Rules