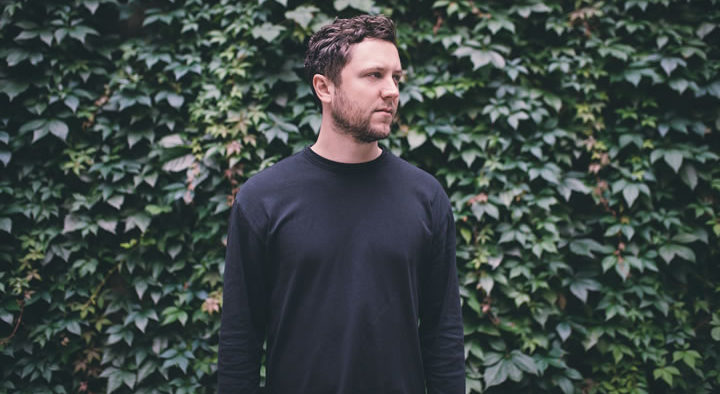 Emotive, mesmeric and thought provoking; All That Must Be titles George FitzGerald’s latest album. The record deals with the artists move from Berlin to London, using harmonic and melodic sounds to reflect the emotions one finds themselves feeling when a significant change happens within their life.

This album is highly significant for the Cambridge law graduate and previous Ibiza resident as it sees him move from the sphere of DJ/producer, to live performing artist. FitzGerald alters his creative process through combining the electronic sound of previous album Fading Love with live piano and percussion. 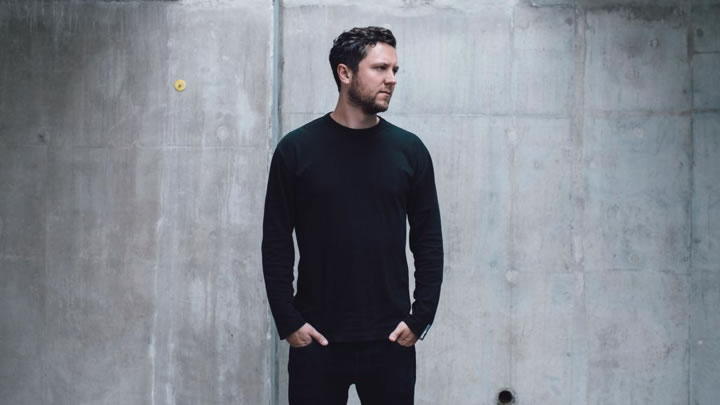 Yeah, good thank you. I’m enjoying the snow as much as I can!

So you’re releasing your new album ‘All That Must Be.’ You’ve said your album reflects your recent move from Berlin to London, mirroring the uncanniness you feel when a massive event happens in your life. Could you explain to us how this is conveyed through the sound of the album?

Yeah, I mean I always say when you’re writing instrumental music it’s not like when you’re writing lyrics; it doesn’t deal with specific issues. There are songs on the record, and my music in general, just kind of reflects whatever emotional state I’m in at the time. I try and write music in response to what I think I feel, you know, or try to express whatever I’m feeling. For me, it’s sort of like throwing paint at a canvas, if that makes sense! You ask abstract artists what it’s about; it’s about the picture.  Do you think it’s not necessarily what you’re trying to convey, but more so what people feel when they listen to the album?  Yeah, I mean, that’s the main thing, isn’t it? It’s like what I felt when I wrote it, and then what people perceive it as, that’s how a record becomes real because it’s not just my relationship with the music, it’s what everyone else’s is, and the response once the record finishes. It’s important that they see it as more than a record. It’s always interesting seeing how people react slightly differently to the track that you made.

I agree it made me feel very reflective, it’s very emotive. Do you think this makes the track order significant, as it follows a flow and tells a story?

Yeah definitely, I spent a lot of time thinking about the track order it’s in kind of channel logic for me. Once you’re deep into writing an album, you take the tracks that you have and you start thinking about them as a whole, and how they relate to one another, and what will join the tracks up; by key, in terms of energy, or if there’s some kind of meaning, or if there’s two tracks that go together. It’s really meant to be listened to from track one, then track two, it’s not just put together in any order.

Could you explain your creative process, what’s your workflow? How do you begin producing; do you have a story/idea in mind?

I don’t have one set process, sometimes you just sit down and you’re just tinkering and something patterns out. Sometimes you sit down with a very specific feeling like something has happened and you just have to go to the studio, and just make music in that mood that you’re in, and let it sort of pour out of yourself. I don’t tend to start on the keyboard and I don’t start on the drums. I suppose the only thing I’d say about this record is that it deviates from that. I spent a lot of time sitting in front of the piano, which is kind of a newer thing for me, like starting tracks or starting ideas, it makes you think about the music in a slightly different way. It really can be anything, you just have to take an idea and run with it, or maybe change the idea, maybe park it for a bit. Certainly what I do with all of my tracks is that I’ll write it, and then I’ll leave it for a few weeks and then I’ll come back to it. Then I might take that track and make it into something completely different, or put it together with another one, I find that process of just thinking about things and letting them cement a bit gives the music a bit of complexity.

Definitely! You’ve said that none of the tracks were composed specifically for the club, did you intend this, did you want to go for a more home listening kind of vibe throughout?

It’s meant to be something in between, I think it just kind of speaks to where I’m at in life, which is, I play in clubs but I definitely kind of go out less than I used to. I wanted something to reflect that, so I think there are things on there that are written not thinking about whether this would work in a club, it’s just music that I’ve written that people can listen to. It has club elements to it, but I wasn’t thinking ‘how could this work on a dance floor?’ 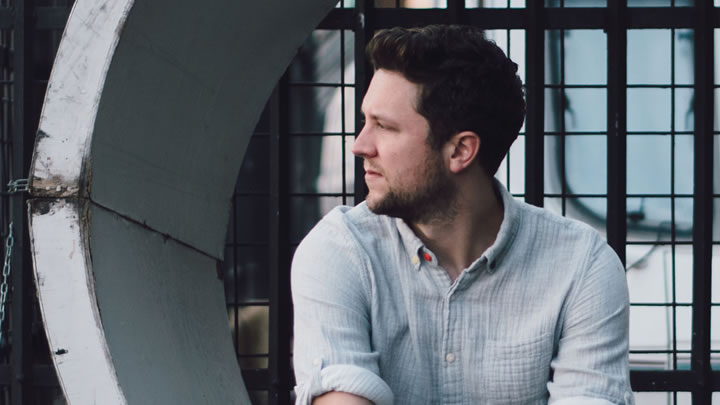 What do you think is important to keep in mind when producing an album?

I think you have to follow, see where it takes you, you can’t restrain yourself, just write without any specific aim for quite a while. Lots of people who’ve done this, get this feeling that things start coming together and you start consciously structuring. But at the beginning you just kind of need to write and see what comes up.

You’ve said this reflects a time in your life, do you think this is why it’s different to your previous album, or it’s a product of the way you’ve progressed?

I think a bit of both, I think technically I’ve progressed, and I’ve gotten better as a producer and musician, and I’ve made quite a lot of effort to become better at all the things that I do. It’s also different because it’s a different period in my life, and it’s maybe a bit more euphoric and optimistic than the first album. I definitely think it’s a slightly more contented album than the first one.

How did your collaboration with Bonobo come about?

It’s weird how people gravitate towards each other, you just cross paths with people along the way. He remixed a track from my first album and we started hanging out, became good friends, and we didn’t really have an aim to make a track that would go on either of our albums, I think it just kind of happened. We were more sort of hanging out in my studio and his studio LA and swapping ideas and talking about making music together.

How did you make the transition and what encouraged you to start performing live?

I think it’s from the last record, I didn’t expect the last record to connect with such a different audience, it hit people who wouldn’t really come and see me in the club. A lot of people who did come and see me at festivals wanted me to play music from the record and it was quite hard to do that in the club setting. You’re trying to make people dance, it’s often peak time, and it’s the wrong setting for it, and I almost immediately felt like I regretted not doing a live show for the first record, and so I had in my head the whole way along from writing the first track that it was going to be performed live.

On that note, are you looking forward to your upcoming live tour?

Yeah definitely, it’s a voyage of discovery and I’m sure there’s going to be some ups and down as there is always when you go on tour, but it’s really exciting, it’s like an adventure for me. Playing to a slightly different audience, playing and testing myself in a slightly different environment. I think one of the things about DJing is, I’ve done it for years, and I love it and I wanted to kind of challenge myself again and do something where I felt like I was a little bit out go my depth, at least at the beginning. You may have to feel like your feet are slightly off the ground and you’re not quite in control of things, doing the live shows has made DJing interesting again, it’s just all round been this positive thing.

Watch George perform the first released track from the album, Burns, live with his band.

All That Must Be will be released on 9th March via Domino Records. Pre-order now: