Interview with John Tejada at Movement 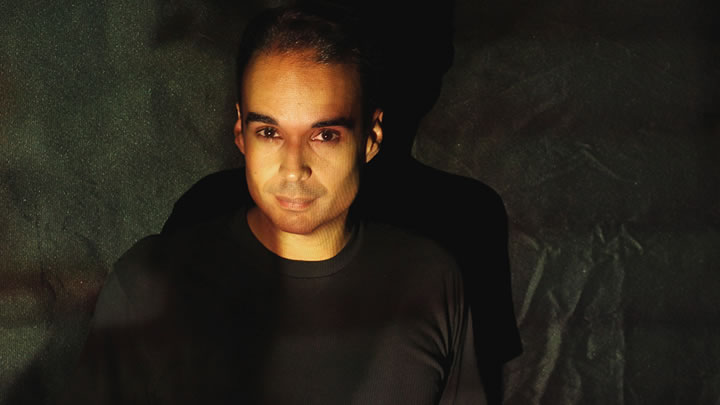 If you’ve been fan of techno music before its influx of neon colored sea-demons then you’ve probably heard the name John Tejada. Associated with the upper class of Detroit and European techno, Tejada is known for dancing between genre lines with his deeply layered, pulsating sounds. Admired as a DJ, producer, remixer, and label pioneer for his deliverance of magnificently crafted high-energy house and techno tracks, Tejada perches at the top of industry pyramid with more than two decades of success under his belt. Somewhere amidst techno, acid house, ambient, and classic house, John Tejada has made his way into your speakers and whether you know it or not (but hopefully you know), you’ve danced to his legendary, signature sounds.

We caught up with John Tejada during Movement Electronic Music Festival to chat about techno, real techno, Detroit, the current state of the music industry, toys, and how to stay inspired in a deluged industry. 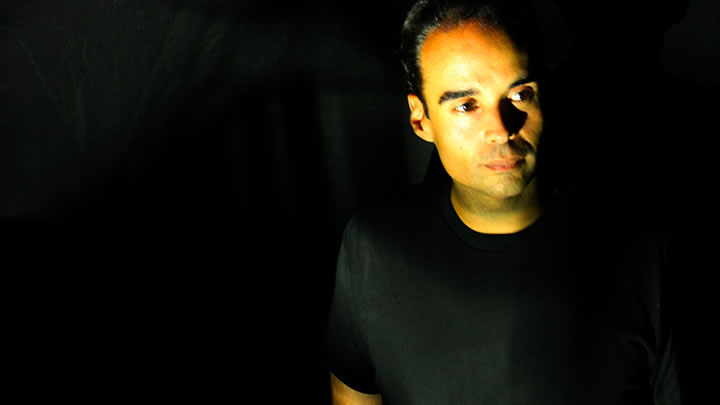 Can you tell us about the moment you fell in love with dance music?

John Tejada: I was sort of bred on 80s hip hop. I always had an ear for the faster electro type records that were part of all of that. I started DJ’ing when I was 12 and was buying records before that. It was more about the sounds for me but eventually when I started playing out is when I realized the dance element and how powerful that is in a space of people.

What is your personal connection to Detroit and how did this relationship come about?

JT: I’ve been influenced by different styles of music from Detroit as far back as I can remember. Then there was techno of course which made a massive impact. My wife is from the area so I visit to see family often. This is how I met so many of the locals responsible for the Detroit dance sound and how I got to work with quite a few of them.

You’ve been producing music since the 90’s so you’ve witnessed many changes within the industry from sound to technology, and “the scene” in general. Is there anything you miss about the early days when you were starting out? What are some aspects of the industry that you think changed for the better? for the worse?

JT: Doing things required a bit more effort. You couldn’t just make a tune, throw it online, have people playing it that night and not really need a physical release let alone a label. There’s some positive to that, but I feel the effort and time was part of the process. There were less distractions. No emails or social media. I’m still a big fan of physical music formats. There was a real magic in finding out about a record, ordering it and waiting for it, getting it and taking it home and staring at the cover as you listened to it a few times. This gave new music a lot of purpose and made it matter. You just don’t get the same with clicking on a link and previewing through the middle a few clicks. It seems to have devalued the experience and I’m not sure we’ll ever get that back.

How important is building a real relationship with the music you’re creating? There’s so much music out there, is it even possible to build meaningful long-term relationships with a particular track or album? Would you say you are deeply connected to one, or more of your tracks?

JT: This goes back to question 3. It takes a little more effort to give it purpose and not treat it as disposable. So it really has to have a process and purpose to feel connected to it. For me that means less distraction and being there with the music and letting my imagination work away whether I’m creating or just listening. 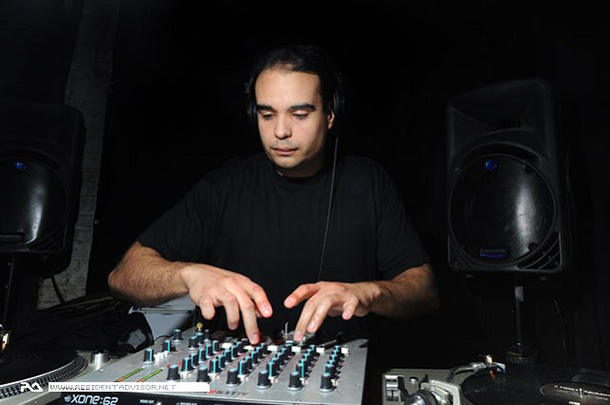 What are some of the biggest mental tools you can obtain to be a successful dance music producer?

Learning and practicing an instrument is still very important to me. I’ve lost most of my piano practice but still play drums and a bit of guitar. Making music is largely about capturing a performance that may only happen once a certain way. Programming music is a slightly different process, but I feel that the ability to give a performance with an instrument can have huge benefits to your creative perception when it comes to making even electronic music.

What do you believe makes a great techno track?

‘Signs Under Test’ was your last studio album released in 2015. Might we expect a new studio album in the near future? Can you share a bit about current projects you are working on?

JT: I’d like to get a new album out soon. In the meantime there will be a new John Tejada single soon. There is also music coming out with my long time collaborators. With Justin Maxwell I’ve got a new EP titled “I’ve Got Acid” on LA’s Acid Camp. With Arian Leviste I’ve got a new one coming called “Rock The Transport” on Playground. Also, after 20 years I am relaunching my Mr. Hazeltine alias on Just Another Beat very soon.

We are definitely excited for the return of Mr. Hazeltine and you can’t go wrong in collaborating with old friends so look forward to what’s in store. How do you come to the “game time decision” for selecting a particular record to play live?

JT: I keep my selection choices pretty minimal per set so I sort of have a direction that tracks could go. There are a few key ones that I’ll be excited to fit in at the right moment. It’s just being patient and mindful about timing for me.

What is one of your absolute favorite vinyl’s to play live?

JT: I don’t think I have one that I’ve dropped throughout the years. Favorites are always changing for me. 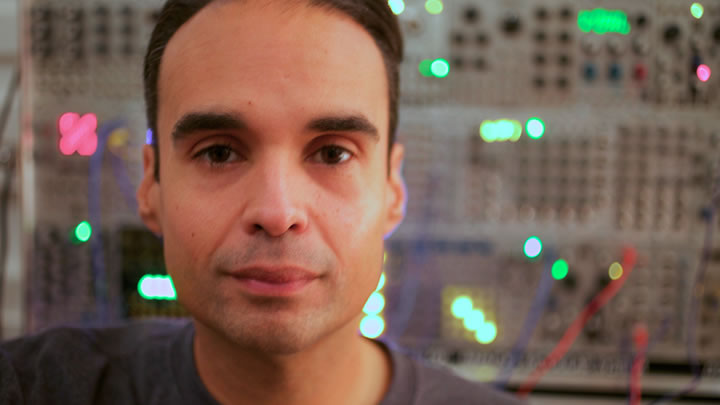 For you, what is the difference between playing a DJ set and using a live setup?

JT: A live set takes a lot more preparation and concentration. I don’t use a laptop live so there’s a lot more practice involved. I’m also limited to playing only my own music so there isn’t a huge track list to choose from. Live works better in certain venues and Dj works better in others.

What still motivates you / inspires you to continue making music in a day and age when “everyone wants to be a DJ”?

JT: It’s just what I do. I enjoy it. I have a drive to create sounds that interest me and make me happy. There’s a moment when things start to click together musically and that’s sort of the payoff that keeps me inspired.

Do what you love. Is there a small, pivotal piece of advice you may have received along your journey that you would pass onto up and coming producers?

JT: I can share one that occurred to me a couple of years ago. Being original and doing what want can be more very difficult than you’d imagine. You may even lose some friends over it. Don’t be afraid to follow your inner voice and create what you believe in even when others tell you otherwise.

Can you share a bit about what you have in store for OK Cool’s 5th Anniversary party in Detroit?

JT: I’ll be DJ’ing some current and older favorites as well as well as lots of unreleased material I’ve been working on. This is such a great event at the close of Movement weekend so I’m really looking forward to playing this one alongside so many talented artists.

We can confirm that OK Cool! 5th Anniversary at TV Lounge was a haven for 90s classic house thanks to John Tejada, Honey Dijon, Doc Martin and the rest of the gang! One of our top after party picks during Movement Electronic Music Festival.

In Conversation with… Roger Sanchez

Interviewed: Billy Kenny and Maximono of This Ain’t Bristol 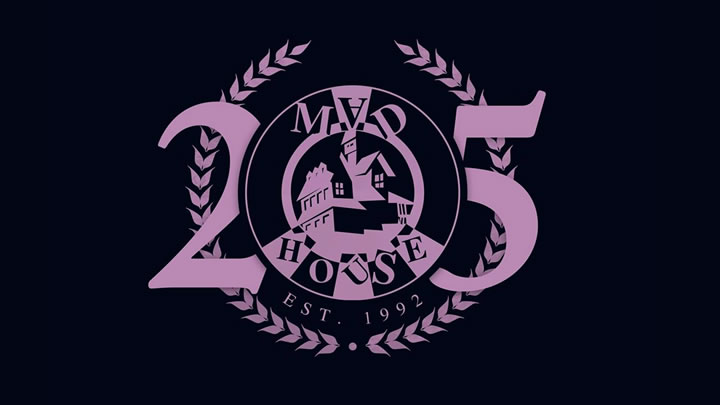