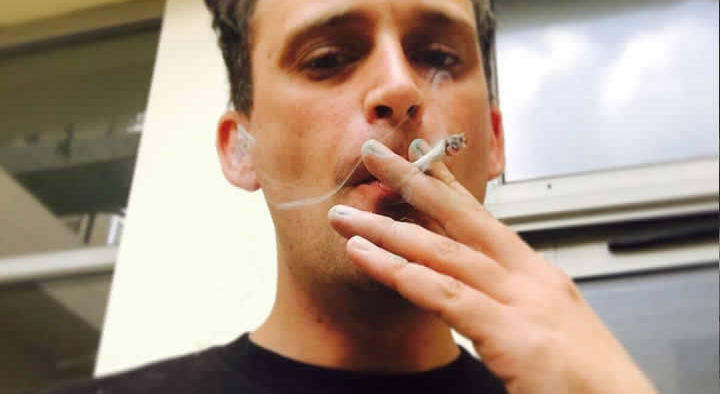 Nottingham born and now London based Matt Cutler aka Lone landed firmly on the artistic map with his highly successful 2010 LP, ‘Emerald Fantasy Tracks’. The accolades continued to amass from there, with Lone’s sweet as candy ‘Galaxy Garden’ and dusty hip-house hitter ‘Reality Testing’ catching the ear of the critics, whilst his high profile remixes, including Radiohead, Disclosure, Friendly Fires, Nathan Fake, TEED, Underworld, Steffi and Midland helped spread his sound to the masses.

Despite Lone’s sampled and swinging beats speaking clearly for themselves, it can’t have hurt to be vindicated early on by signing with the prestigious R&S Records, a label synonymous with the underground techno scene.

On the 12th of October, Lone drops the fourth and final volume for his widely acclaimed ‘Ambivert Tool Series’. I caught up with him ahead of this for a chat about the release, his thoughts on the creative process, and the highly anticipated Lone Live set at Movement Torino over October the 12th and 13th at the vast building that’s like a conference centre-come-aircraft hangar in Lingotto, Torino. 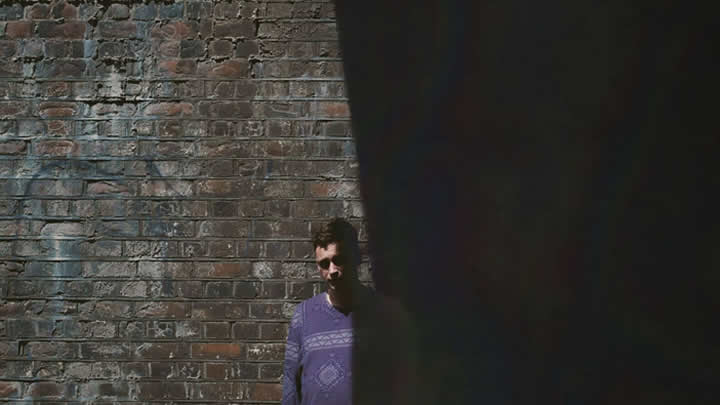 Thanks for taking the time to talk to me, Matt. How are you doing today?

So the 4th and final volume of your Ambivert Tools Series is released on 12th Oct, how do you feel about the project coming to a close?

Yeah, it’s quite a nice feeling to have got to the end of the project really. It seems like it’s gone on for a really long time to be honest, and its all I’ve been thinking about for over a year now.

How did you find stepping out of the album mindset for the series? Was it a welcome break to focus on a more staggered project?

That was the intention originally, but it feels like its gone on longer because obviously its been 4 separate releases, whereas with an album, you sort of go away and work on it for the whole time, and one thing comes out at the end – this kind of felt like doing 4 little albums in a way.

My personal favourite from the series is ‘Temples’, the A1 off your 3rd instalment. That blew me away the first time I heard it. Is there a particular track that stands out for you?

Yeah, it’s either ‘Temples’ or ‘Crush Mood’ on Volume One, just because with ‘Crush Mood’, whenever I play it out, it just works. Out of any track I’ve ever made, where I’ve set out to do something specific, that’s the one where I got closest to it I think. It just did exactly what I wanted it to do. But yeah ‘Temples’ also, just because I remember being really hyped during the making of it, so that’s always a special one.

It’s obvious that a lot of love and care has been put into the physical aspects of this series. From the artwork and box-set feature, right down to the handwritten postcard from yourself. How important is this to you as an artist in an ever-increasing digital industry?

It’s as important as the music really I think. Otherwise, you just put it out digitally or send the files out. I mean any opportunity to kind of take control of how it comes across is super important to me. If I’m going to put something out, I don’t want people to have to make up or add too much of their own imagery to it or anything like that. I want to be able to go; this is what it looks like, and this is how you’re supposed to sort of think of it. I want to be able to control all of it really.

Do you think there is a lack of concern for that attention to detail in the wider dance music industry?

Maybe, but at the same time I do see artwork by other people that blow me away and I think, “Damn I wish I’d thought of that”. But at the same time again, a lot of people just want to put their tunes out don’t they, which I completely get as well, because this series was supposed to be just tools for DJ’s. I just can’t help it when it comes to making it look nice.

That definitely comes across in the final product. So do you feel you achieved what you set out to do with the series, or did it change at any time?

Yeah, I do, totally. I’ve been DJing so much more than I ever have in the last 18 months or a year, and I’ve just had tonnes of material of my own to play out that worked in a set, so that was the very first motivation for doing any of it. It was to have tunes I could play out that I’ve made, and that other people could play as well. So it’s totally gone to plan in that sense. But it also kind of drifted to something different halfway through, into something I didn’t expect it to. Like with temples, something like that was never part of the plan really. I wanted it to be totally 4/4, but me being me, it just kind of drifts off into something else naturally I think. The project has always been about tools that I can play out at different times of nights, and for different environments, so I guess it’s not all about bangers really.

Obviously, the series has come via R&S, a label you have released on numerous times in the past. What’s it been like working with such a historic label throughout your career?

It’s been a real honour. Having that much history behind a label was quite daunting when I first signed, but then you get used to releasing with them, and it turns into such a pleasure to be a part of it. And to be fair to them, they just let me do whatever I want pretty much the whole time, so there has always been tonnes of freedom. 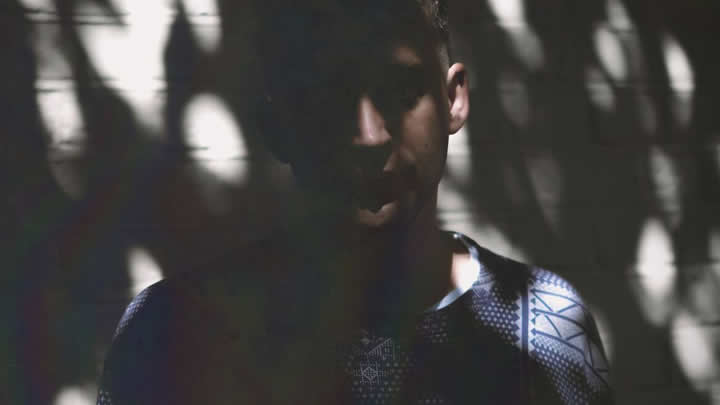 Taking into account the diversity of musical influences throughout your discography, all of your work still has that distinctive Lone sound. How do you achieve this mix of variety and consistency so well?

I think it’s got to do with the fact that I made a lot of music for a really long time before I decided to put anything out. I kind of honed exactly what it is that makes me, me. And since then it’s just been a case of how can I apply that to whatever style I want to try my hand at you know? As long as those core elements of what I do are in there, I can touch on other things and hopefully, that comes through well. It’s been so long now that I don’t even have to think about that anymore really, it’s just natural. I don’t analyse it too much other than that I guess.

So productions aside, you’re playing at Movement Festival Torino in Italy soon. You’re billed alongside dance music heavyweights such as Derrick May, KiNK, and Levon Vincent; you must be pretty hyped for that?

Absolutely! It’s the last live show of the year, and we’ve only managed to do like 3 this time around, so its been kind of a rare thing, due to me DJing the whole time. This is the last one though, and obviously, it’s the sickest line up as well, so we’re pretty excited definitely.

In terms of your set, do you find your approach varies widely between large-scale events and smaller club based environments?

Yeah, it’s kind of been more of a festival thing, to be honest. Especially this year, as we haven’t done as many, but the whole idea behind the live show was originally from when I did my last album, ‘Levitate’. Because it was working with jungle-inspired tempos and stuff like that, we wanted it to be something that we could take to a festival or do on a bigger scale, rather than me just DJing in a basement. Even though it’s been altered since then, it’s definitely suited to something like this kind of festival.

So there’s no doubt amongst the dance music community that the pressures of touring can be intense. How do you balance the effects of that lifestyle?

I guess it’s just about being chilled in the week really, and kind of being quite sensible on the road I guess. I’m okay cause I’m not playing like 3 times a week or anything like that, so it’s easy to get back into it. There have been times where it can be super hard and super exhausting, but you just have to be sensible in the week really. I think that’s the key to longevity.

Looking forward, are there any other projects in the pipeline that you can reveal?

Obviously, I’m just wrapping up the Ambivert Series, but I am thinking about the next proper album. I’m really seriously starting to think about that. I can’t give anything away at this point, but that’s where it’s heading definitely.

Great news can’t wait to hear more on that! Finally then, are there any upcoming artists you have a keen eye on for your Magic Wire imprint?

Yeah, a friend of a friend just put us on to some young guy. We know nothing about him, and it’s this kind of crazy electro thing we got sent yesterday, so that’s awesome. But that’s about all I can tell you really. It’s super exciting.

Okay well thanks for talking to me Matt, have a good day.

Alright, mate no worries. You too, cheers. 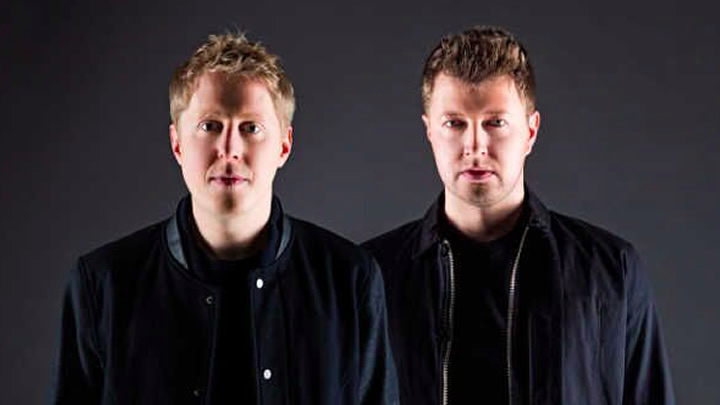