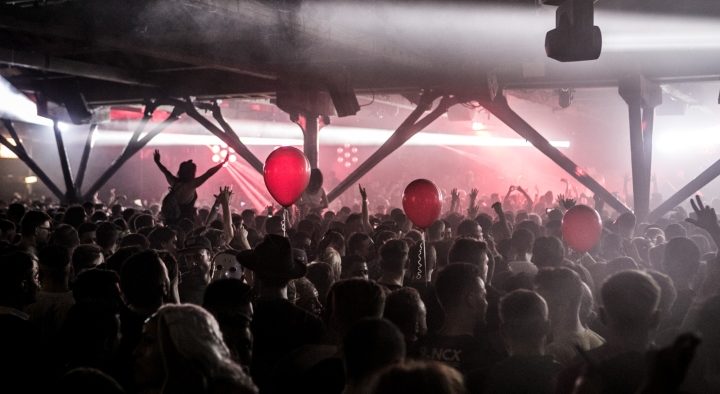 2018 marks 5 years of Drumcode Halloween at Tobacco Dock. In the absence of LWE NYD in the new year (and the foreseeable, who knows?) Drumcode Halloween can assume its position as the venue’s flagship event unchallenged. What is it about this annual event that makes it so popular?

As we count down a calendar month until the ten-hour extravaganza, we give you five reasons why attending this and every year is a must-do. London has taken Drumcode Halloween to its heart – here’s why you should too.

Adam Beyer – One Of London’s Own 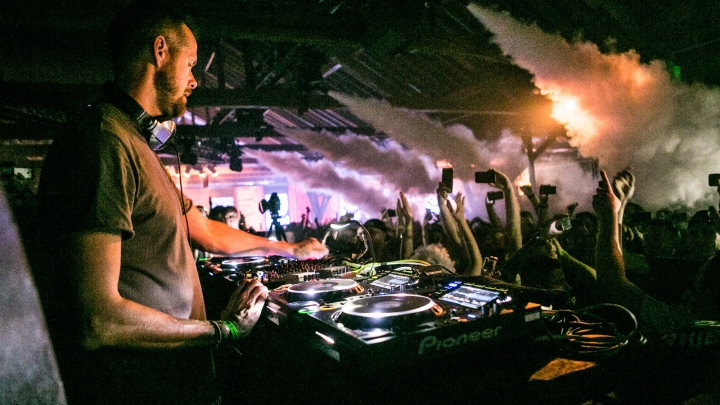 Outside of his Swedish homeland, the Stockholm-native can count the UK – in particular London – as his second largest fanbase. On British soil, he’s as good as a hometown hero.

Fostered by the relationship with LWE, the partnership has seen Adam Beyer’s impassioned link with the capital flourish. This connection didn’t happen overnight. It has been a strategic long-game, moulded by landmark pin-points throughout the timeline. We could reference those Saturday nights in Farringdon sandwiched between Christmas and New Year – a date which shouldn’t be heavily attended, and yet is. An annual fabric fixture that never ceases to amaze this writer in terms of turnout. 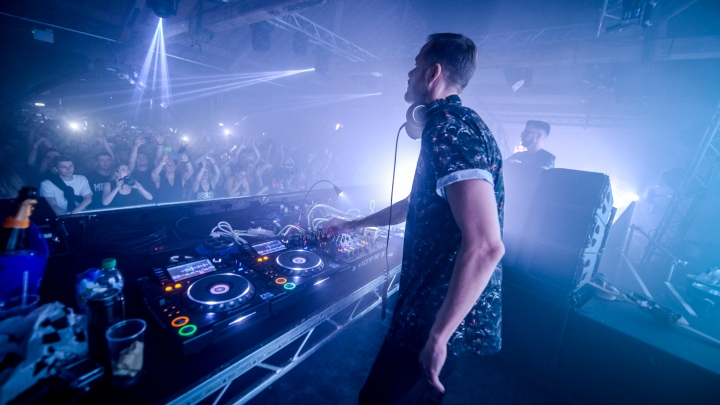 We could reference the five year anniversary of Drumcode Radio, when Beyer broadcast live from intimate MODE nightclub to 600 fanatical fans back in 2015. We could talk about those dusk to nightfall festival sets under that bridge in Boston Manor Park. Few event spaces reflect the apocalyptic backdrop of Drumcode’s vision better.

Getting back on topic, we could gush at length about Drumcode Halloween. From humble beginnings in Ewer Street Car Park back in 2011, it didn’t take long to earn a reputation, growing year-on-year. Before long, Drumcode Halloween – now a firm fixture in the clubbing calendar – needed to upsize. For the 2014 edition, the party upped and exchanged the warehouse arches of Southwalk for an event and conference centre in London’s redeveloped eastend docklands. The switch to Tobacco Dock was a revelation. If the party had already becoming a fan favourite, it was ready to make the leap to legendary status. Five years down the line, and the party hasn’t looked back. Bringing us neatly to 2018. 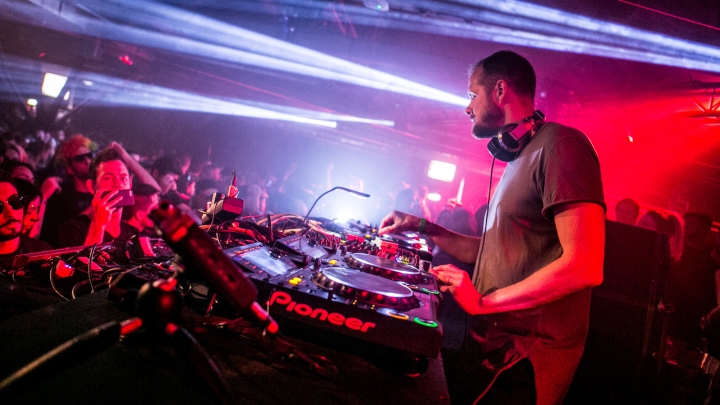 Perhaps it’s the configuration of the event space that means, in scale alone, this is an indoor festival for all intents and purposes. Boasting three separate music arenas, each with its own unique features and quirks, attendees can really immerse themselves and get lost wandering around a labyrinthine playground. 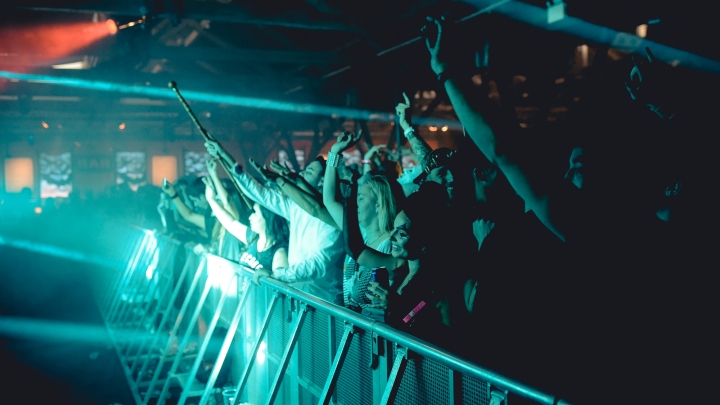 The walkways are lined with street food stalls and the courtyard is the setting for interactive skits by a rogue’s gallery of method actors, each portraying a fiendish villain taken right for the darkest recesses of your imagination. Then we come to the rooms themselves. The Great Gallery, with its proud beams and expansive dance floor. The dark and dingy warehouse vibe of the Car Park. A clandestine environment submerged in the pitch black. Even the Little Gallery – modest by comparison – is known to featuring emerging artists and is often a refreshing tonic from the carnage of its two larger counterparts. 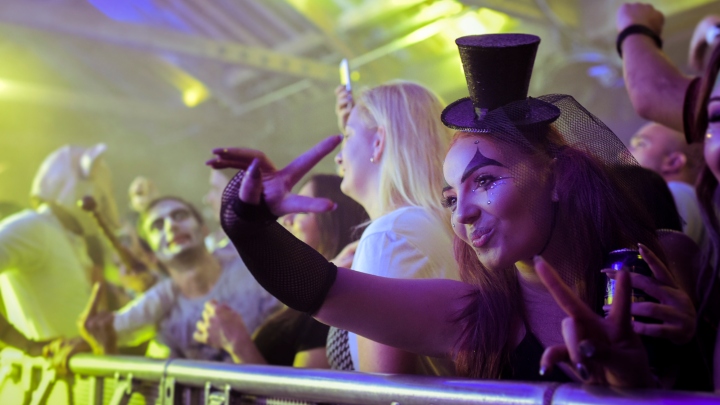 Consistently selling out months in advance and capturing the imagination of London’s clubbing community – chances are you’re attending wearing Drumcode merch or elaborately-designed fancy dress. Audience participation is high. Even the guest artists seem willing to get involved with the festivities. It is a testament to all parties, that an industry too often accused of dourness, feels relaxed enough to loosen those stiff shoulders. 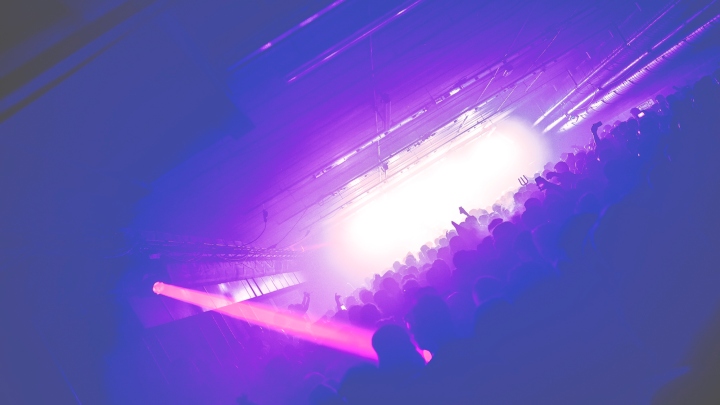 All of the above point to a storied love affair with the city by Beyer and his label. It is a romance reciprocated by London’s techno community. This mutual bond has been enamoured by these pivotal moments – moments on the dancefloor and moments in London’s green-belt. By day, and by night.

A Swede who lives in Ibiza, but who feels very much at home in London. An adopted Londoner – Adam Beyer is one of our own.

The Sound of Drumcode

There’s no sound quite like Drumcode’s. After honing a distinct signature for two decades, the techno imprint moulded in Adam Beyer’s image continues to break new horizons whilst remaining faithful to those trademark characteristics that make it so recognisable.

The Next Generation Of Stars 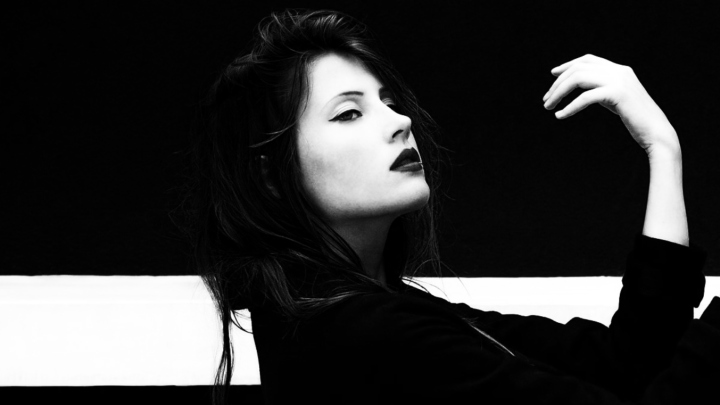 Drumcode Halloween has always successfully balanced the ratio of star-power against grassroots talent – and 2018’s edition is no different. Naturally, there’s a core of label artists that have almost exclusively been brought through the ranks by Drumcode themselves (I’m looking at Enrico Sangiuliano, Layton Giordani and Dense & Pika.)

Evidently, the stable has been a perfect incubator for nurturing talent. Whilst this continues to be the case, we’ve chosen to shed the light on an outsider this time around – somebody we’ve championed heavily and is starting to get the recognition she deserves. If you catch only one act at Drumcode Halloween, make sure it’s Belgian prodigy Charlotte de Witte.

Anybody who can play the EDM-centric Tomorrowland main stage and bang-out 130bpm techno is a talent to be treasured.
The car park could’ve been custom-designed for her dark, thumping sound. Stripped-back, functional techno made for dancing. Throw in some squelchy acid basslines and some serious kick-drums, and de Witte possesses all the attributes to wrap this haunting up. Sinister vocals included. The perfect Halloween soundtrack? We reckon so. That she lines up alongside Glaswegian stalwarts Slam and Paco Osuna only further

Did Somebody Say “Afters”? 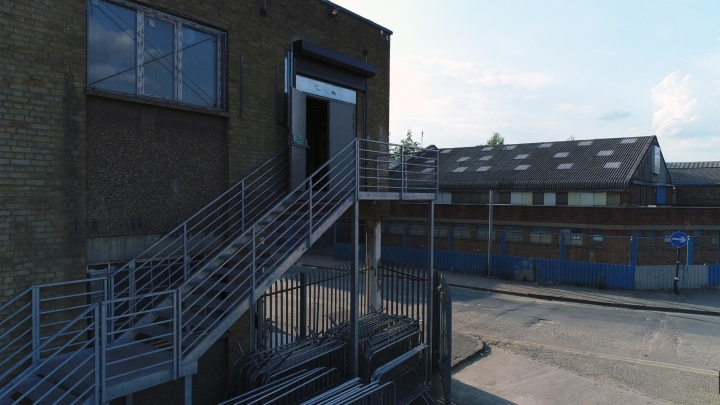 LWE’s self-styled day parties – which they have predominantly held at Tobacco Dock – has really turned London’s clubbing habits on its head. Interestingly, whilst the “chasing the afterparty” mindset hasn’t changed, the dynamic has. Almost in reverse now, London opts to party first by day, then by night instead of the more traditional other way round. And we’re all game for that. It even means you can get a solid sleep in all day Sunday to be spritely for work come Monday morning. What a blessing.
In 2018, the official Drumcode After party will be held at 24-hour licensed FOLD warehouse in Canning Town – the newest addition to London’s ever-changing nightlife landscape. At a mere 500 capacity, it’s going to be an intimate affair compared to Tobacco Dock. The best bit? A strict no phone on the dancefloor policy!

For those who don’t fancy wandering that far from the epicentre, there is also the small matter of Maya Jane Coles & Friends happening several hundred yards away at E1. And, hey, you’re in London. Even if neither of those two options take your fancy, the city is your oyster.

The Year Of The ‘Code 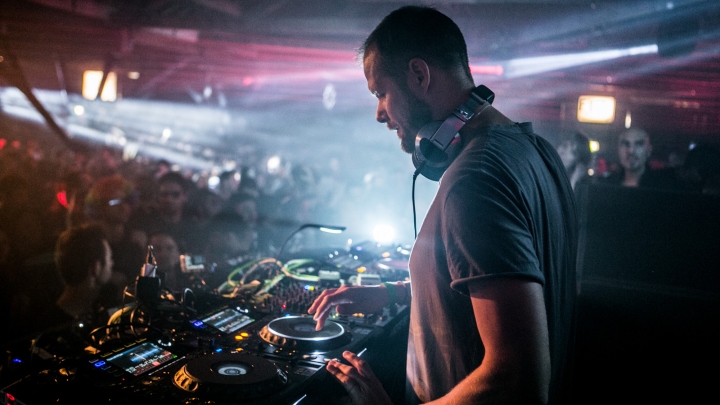 At the turn of 2018, Adam Beyer proclaimed that this year would be ‘The Year of the ‘Code’. In retrospect, he wasn’t wrong – and we still have three months of the year remaining. Far from being prophecy, this was all part of a master plan by an entity finding its stride.

2018 really felt like the year that all of the pieces of the jigsaw fell into place. Junction 2 went on the road in a two-stop tour that stopped at both London at Bristol in the space of the same 24-hours. At the festival itself, Adam Beyer sparred-off against Carl Cox in a world exclusive B2B under The Bridge. Apocalyptic scenes ensued. A mere two weeks later, the scene giants repeated the feat at a packed-out Amnesia in Ibiza. Colossal isn’t the word.

It paved the way for – somewhat amazingly – Drumcode’s first jaunt on the white isle several weeks later. After years of calls for it to happen, Drumcode took over 10,000 capacity Privilege for a special one-off. One of the most popular events of the season, the showcase featured the likes of Joseph Capriati, Ilario Alicante, ANNA and Wehbba alongside Adam & Ida.

Undeniably, the biggest feather in the cap was the launch of Drumcode own Amsterdam-based festival. Landing at the NSDM dock across two floors, the stacked line-up featured an array of both established and rising Drumcode comrades. Names such as Pig&Dan, Julien Jeweil, Harvey McKay, Luigi Madonna, Roberto Capuano, Mark Reeve and Reset Robot all featured – shining further exposure on Drumcode’s vast talent pool.

And all that’s before we’ve even touched on label shows that have taken place across Europe, including Belfast, Madrid, Barcelona and those fabled Gashouder takeovers for Awakenings.

Has Drumcode hit terminal velocity? No way. Writing them off now would be foolhardy.

The stable is at the very top of its game, and Drumcode Halloween will round-off a phenomenal year. Drumcode For Life!