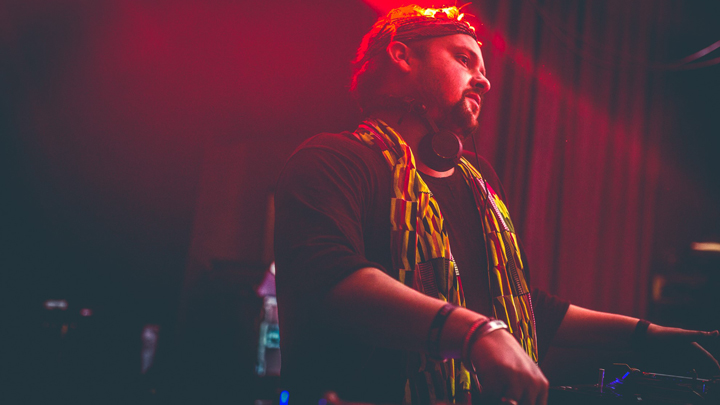 Just Jack has become a Bristol institution. Having started in 2006 by Dan Wild and Tom Rio, the party-organisers brought their own flavour of debaucherous fun to the city’s nightlife. Renowned for their legendary Halloween gatherings and enlisting the help of legendary artists such as Floorplan, DJ Harvey and Ricardo Villalobos to their legendary events, Wild and Rio branched out into setting up their own record label in 2014.  We spoke to Dan Wild about their ‘freak boutique’ gatherings, Bristol’s growing nightlife and all things music…

As a young lad, where did you spend your nights out? Do you think these early experiences have influenced your own party planning and if so, how?

My first experience of a proper nightclub, that played house music couldn’t have been better really. I was 17 and ended up in Back to Basics in Leeds when it was at the Mint club. It was an experience that changed my life. I was soon going at every opportunity. It still gives me shivers thinking about some of the nights there. When the residents were Paul Woolford, Tristan Da Cunha, Buckley, Ralph Lawson and James Holroyd, you always knew you were in for the ride of your life, and that was before the guests even played.

As far as influencing what we do today, that drive for the music to be the absolute best it can be is integral to everything we do. I hate fads and bandwagons. Book the best quality artists who dig deep, put their heart and soul into it, and know how to rock a party.

What music did you grow up listening to, and what artists do you admire?

Due to me growing up in Leeds and spending a lot of time in basics, I used to buy everything I could on Ralph’s 20:20 Vision label. It was the soundtrack to the club and I couldn’t get enough of it. I also used to be totally obsessed with the Inland Knights. They were the first booking I ever made. And it was actually for my 21st birthday party. It was that bumpy jacking sound which led to us calling our party Just Jack. That and an unhealthy obsession with Derrick Carter records.

Just Jack started back in 2006, what inspired you? How would you describe your ethos and how did you go about setting it all up?

It was a meeting of minds. Tom, Rag and I all met through mutual friends and quickly realised there wasn’t an outlet for the kind of music we wanted to play in Bristol at the time.  Back then there were only 1 or 2 small house events a month, if that, in a city dominated by Drum and Bass. We just got stuck into what small scene there was and hosted back rooms until we had enough of a crowd to strike out on our own. We always wanted to do things a bit differently and make sure it had a great party atmosphere. The drum and bass events in the city were all very serious and very dark. They could be quite intimidating scary places at times. We wanted to show people house music wasn’t about that. Tom always described it as playing serious music in a silly environment, and I suppose that has always been our ethos. Pretty much the only thing we take seriously is the music, and especially not ourselves.

Going back to the first ever Just Jack party you hosted, can you remember that night? Are there any specific memories that you have and is there anything you would do differently?

I remember the first night we struck out on our own and were no longer doing back rooms for people. I remember Buckley from Basics having a hit that summer with his track Bloc Party so we got him down to play. It was an amazing party. There were cues down the street and it went on till 9am. Apart from the music, I remember someone setting the smoke machine off for about 20 minutes straight so no-one could see anything and a game of rather wonky twister going on in the chill out area, but apart from that things are a bit hazy.

You tend to perform yourself at the parties; do you still get nervous performing? What are your all-time favourite tracks to play?

I definitely still get nervous. Not if I’m warming up but if you’re coming on in the main room after someone like Steffi and that have just absolutely destroyed the place for 3 hours then you definitely do think, how the fuck am I gonna follow that. I have so many all-time fave records to play. So I will pick 3 that come instantly to mind for you…

BRS – Catch The Boat – Afro Loft interpretation- One from the basics days that features in pretty much every warm up set I do.

Just Jack is now so much more than just a party organizer, you launched the label in 2014- how did you make that move? What was the thought process behind it, and how did you implement it?

It just felt natural. When you spend so much of your life listening to music, you think, well why don’t I start releasing it. It was also going to be a platform for tom and I to release on. It’s taken time to get my head around production, but I have an EP coming out next spring.

Do you have a favourite release from the label, if so, what?

That’s a tough one. Our last 2 releases have been the bomb. We released a single from an ‘Unknown artist’ which is off an album dropping some time before Christmas. It’s an absolute dance floor destroyer. Anyone who missed it will have to wait for the album now to get a copy…. all will be revealed soon. The release which has just hit the shops now is from a guy called Tape Hiss. It’s really doing the business when I play it out, and has this amazing remix from Panormabar’s Massimiliano Pagliara.

The parties have ventured outside Bristol, and into London and Cardiff, where would be the dream location for a JJ party?

We did a 4-hour takeover of a stage deep in the woods at the amazing Meadows in the Mountains festival last Summer. It is the most beautiful, magical place for a party high up in the Rhodope mountains in Bulgaria. As the sun rises you realise you are up above the clouds, and as it breaks through into a new day it blows your mind. I couldn’t imagine anywhere better than that.

The Halloween parties you throw have become legendary and a regular event for the residents of Bristol (like myself). What is the significance of Halloween for you?

It’s a bloody good excuse to dress up like a nob for the night and have a good knee up. I’m not sure it needs to be much more complicated than that!

Back to the JJ label again, are there any releases that are coming up which you are particularly excited about? And will you be releasing anything yourself in the near future?

Next up we have an album from an artist who I have been a huge fan of for quite some time. All will be revealed very soon, but I’m very excited about that one. After that it’s an EP from Keita Sano, which has a remix from Detroit legend Mike Huckaby, I’m a huge huge huge fan of his work, on it. Then it’s an EP from myself, which is quite scary to say the least, but I’ve been playing the tracks and they are getting a good response, so fingers crossed!

Just Jack’s 12th birthday is on the 3rd February featuring Theo Parish, Sonja Moonear, Wild himself, and many more. To get yourself geared up for it, have a look at our review of their Halloween party here. 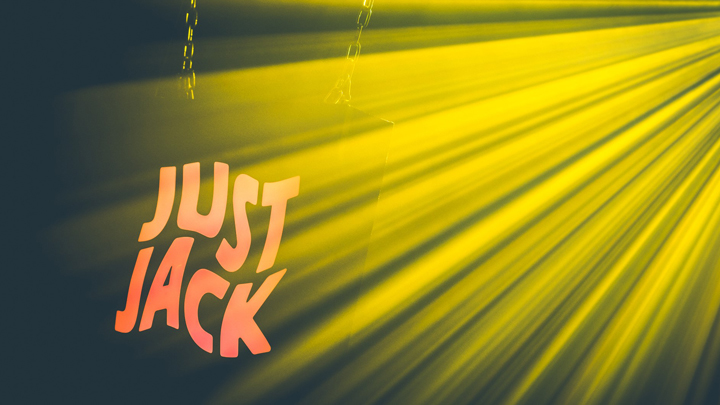