Everyone who is into dance music knows that the United Kingdom is one of the best countries on the planet for experiencing some of the most animated, electrifying and intoxicating events.

Year after year, the British scene acts like a magnet that attracts some of the most notorious DJs and mixers from all over the globe. This year makes no exception! Later this year, many remarkable dance music artists will hold some of the hottest and most exciting live gigs in venues from all across the UK.

To learn which are the best upcoming dance music events in the country, read on!

Hosted every year in the state of the art Bristol Motion venue, the Bristol In Motion event brings together some of the most popular and amazing electronic music artists from all over the globe. While this huge event lasts for 12 whole weeks, we will focus on the performances scheduled on November 19, as we believe these are the most exciting ones that Bristol in Motion has to offer. Come to the Hot Creations event at Bristol Motion on November 19, and you’ll have the unique opportunity of enjoying the gripping show put on by Eats Everything, Richy Ahmed, Russ Yallop, Denney, Detlef, Solardo, and Waifs & Strays.

Tale of Us is one of the newest and most promising soundscape projects. Formed in Berlin, the group resulted from the production partnership between Carmine Conte and Matteo Milleri, two fantastic DJs who have been best friends since childhood. Tale of Us is an ambitious project which aims to show electronic music in a whole new light. Their style is profoundly touching and very passionate. All of the songs created by Karm and Matteo are unique and fascinating. Apart from their obvious blend of house and techno, they also combine elements of very different music genres, such as pop, nu-disco or rock.

Fatboy Slim is one of the greatest and most legendary British DJs, mixers and producers. Born on 31 July 1963 in Bromley, Kent, England, the artist’s real name is Norman Quentin Cook. Before assuming the nickname of Fatboy Slim, Cook first became famous in the 80s, due to his involvement in the indie rock band The Housemartins. In 1996, after various other projects, he became Fatboy Slim. People from all over the world know and love the DJ because of the great success of hits such as The Rockafeller Skank, Praise You, Right Here, Right Now, Weapon of Choice or Wonderful Night.

Otis Roberts, known on the entire planet as DJ Ez, is a notorious and influential British garage DJ based in London. He is without any doubt one of the most talented and successful dance music artists of the moment. His mixing skills and high level of creativity are truly amazing and critics have ranked him as one of the most fascinating and prodigious DJs in the world. Notably, EZ started mixing when he was only 15, for a pirate radio broadcast entitled Dance 93FM. At that time, he called himself Easy O. After getting himself remarked, he began mixing for the Gas Club in London.

Super Hans, the alter ego of the British comedian Matt King, is a unique kind of DJ, as he started out as a character played by the actor in the famous Channel 4 dark comedy sitcom Peep Show. In the show, Super Hans was portrayed as a scornful drug-addicted musician. While this colourful figure was nothing other than a fictional character in a sitcom, something about him was true: his music talent. After Peep Show had ended, fans were delighted to learn that Matt King will hold a nationwide tour in which he will mix as Super Hans in some of the best venues in the UK.

Tchami, born in Paris as Martin Joseph Leonard Bresso, is a widely acclaimed French house music producer. He is most famous for his “future house” music hits, which make him quite different from all of the other artists of the genre. He became popular on a global scale after remixing Janet Jackson’s “Go Deep”. Since then, his career has kept on blooming, and he has collaborated with a large number of important electronic music artists and DJs, such as Skrillex, DJ Snake, Diplo, AlunaGeorge, Martin Garrix, Oliver $, Jimi Jules or AC Slater. His most acclaimed hit so far is “Promesses”.

AMP Collected is the newest series of live gigs hosted by the famous DJ and broadcaster Annie Mac, whom everyone knows from her eponymous dance music broadcast on BBC Radio 1. This is by far one of the most eclectic and electrifying live music displays of the moment and no dance music enthusiast should miss out on it. These productions have been known for featuring many different performances, ranging from singers to live hip hop shows. Previous AMP Collected events welcomed guests like Kelsey Lu, Skott or Alyss. The upcoming event in November will feature the live performances of Francis and the Lights, Isaac Gracie and XAMVOLO.

Established in 1999 in Ibiza, one of the top clubbing destinations in the world, Circo Loco is one of the busiest and most audacious after party brands. This month, they are scheduled to host a lively and awe-inspiring event in Manchester, at the Warehouse Project. Circo Loco at WHP will feature some of the most legendary names in the dance music industry. The top star of the event is Dixon, a German DJ whose name speaks for itself, as he has had a thrilling career of about two decades. Other performers include Apollonia, Nicole Moudaber, Damian Lazarus, Tania Vulcano, William Djoko, Jennifer Cardini, Boris Werner, Sossa, Krysko, Pirate Copy and Pete Zorba.

The centre of attention of this exhilarating event presented by Avant Garde is the iconic Norway-based electronic music duo Rokysopp, the amazing result of the collaboration between two very talented artists, Svein Berge and Torbjørn Brundtland. The two released their last studio album, The Inevitable End, two years ago. Since then, they have embarked on a new path and they have managed to take electronic music to a whole new level. Accompanied by the Pachanga Boys and Kasper Bjorke, Rokysopp will play special DJ set in this awesome live gig. All fans of the Norwegian duo are bound to be delighted to relish in their contemplative and eclectic music once more.

No one can deny the fact that Heidi is an amazing house and techno music artist and an awesome entertainer. She sure knows how to throw a party, as she has demonstrated with her spectacular Heidi Presents The Jackathon parties hosted at the XOYO. As the series of events scheduled for this year comes close to the end, the line-ups become more and more amazing. We particularly recommend the party on December 2, where Heidi will welcome two other dance music superstars: Derrick Carter, one of the pioneers of house music, and Denis Sulta, one of the most promising young talents of today. 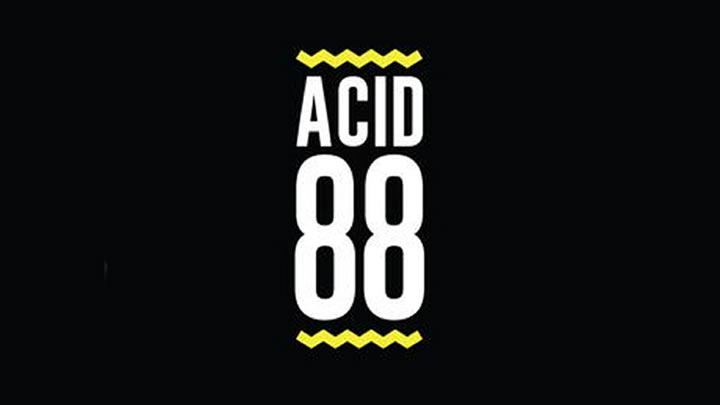