Labor Day is the American ode to the hard workers of the nation. The national holiday takes place on the first Monday of September each year, dedicating the weekend for rest and celebration alike. The holiday also signals the summer transition into fall, giving people a chance to go out and spend some time having fun.

We have put together an essential guide to Labor Day weekend festivities in Los Angeles. Put on your dancing shoes and get ready to beat the heat and end of summer blues with our top party picks!

The three-day music, art, and camping experience will run from September 2 to 4 at San Manuel Amphitheater in San Bernardino, about one hour east of Los Angeles. Nocturnal boasts world class sound and stage production, multiple electronic music genres represented across five stages, and immersive art installations. Journey down the rabbit hole with renowned acts like Above and Beyond, Eats Everything b2b Skream, John Digweed, Mind Against, Simian Mobile Disco, the Bassrush Experience and more on the monumental lineup for a weekend mind bender.

Get tickets for Nocturnal Wonderland now!

PROTOTYPE PRESENTS PRIME WITH ETAPP KYLE AND KOBOSIL
Get a head start to the weekend with LA’s premier underground party organizer Prototype, who will be hosting Prime by Droid Behavior. The Saturday night event at Arts District’s Lot 613 will be the “I won’t techno for an answer” to Labor Day weekend with debut performances by Ostgut Ton’s, Kobosil and Klockworks’, Etapp Kyle, with opening duties by local hard-hitting techno acts Template and Kglndo. It is a night not to be missed.

RHONDESIA LABOR DAY AT SKYBAR AT MONDRIAN
Did someone say daytime pool party? Rhondesia will go poolside on Sunday at Skybar at Mondrian in the heart of West Hollywood for an afternoon of funkadelic grooving with Mayer Hawthorne, Kon, Dave P, Them Jeans, and GODDOLLARS & Paradise. This party is a welcome place for the fun and the fabulous.

SUBLEVEL WITH MARQUES WYATT, DOC MARTIN, AND PATRICIO
California house music label Sublevel goes uptown with a Sublevel Gets Deep Labor Day weekend special show featuring Marques Wyatt, Doc Martin, and Patricio on at Sound Nightclub in the heart of Hollywood. The born and bred Los Angeles DJ crew will be bringing a solid night of deep and soulful tunes to the club with a proper “house” warming and plenty of vibes.

AVALON PRESENTS FLEMING AND LAWRENCE
Trance lovers behold. John 00 Fleming and Christopher Lawrence will go open to close at Avalon Hollywood. Dance the night away to the smashing English duo as they switch over on the decks for an epic audio journey that will make you forget that you’re even tired as the sun starts to rise.

BONUS: CINESPIA
Want to enjoy Labor Day weekend and pre-party proper or post-party recover in true Angeleno fashion? Then you have to hit up Cinespia at the Hollywood Forever Cemetery. Cinespia is an evening series of outdoor movie screenings of classic cinema favorites all summer long, a perfect combination of staying in while enjoying the outdoors.


Cinespia will be screening Alfred Hitchcock‘s beloved psychological thriller The Birds on Saturday, September 3 and Tony Scott’s action-packed True Romance on Sunday, September 4. Be sure to bring a blanket and some food and wine for the full experience. 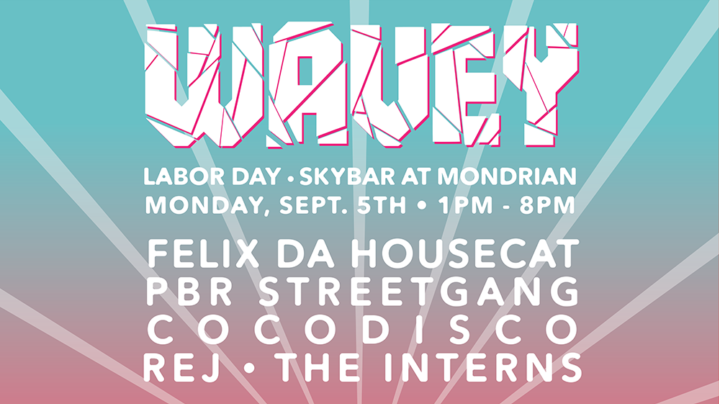