From walls to canvases, Ant Carver is an emerging talented artist taking the capital by storm, one spray can at a time.

Hackney based street artist Ant Carver will be hosting his first London solo exhibition at The Truman Brewery, October 14th – 20th 2015.  Having made his mark on legal walls across the capital and in venues including Tina We Salute You, he will be showcasing his skill on canvas over the next few days in East London.

His growing fan base was further bolstered by the painting of model Erin O’Connor he created for London’s 2015 Graduate Fashion Week.

From Wednesday 14th October 2015, Ant will be exhibiting his distinctive series of portraits in a week long exhibition, titled ‘Nothing’s Wrong Something’s Right’. Using spray paint as the basis for his backgrounds, his style brings together graffiti techniques and bold, highly detailed oil paint portraiture.

‘The initial pop-up shows I did were very small and relied on favours from family and friends, but the success from those has made it possible to do the exhibition at the Truman Brewery’.

‘It’s always a risk doing these things yourself, but I like a challenge’.  I’m not ashamed of making visual impact a priority in my work’, Ant admits. ‘I think that’s something that’s come out of creating outdoor pieces. Your work is immediately part of the wider landscape of people’s lives, so what it means to the viewer is as much tied up with where they are as what you’re trying to make your work say to them. I want to create an immediate, emotional response with my paintings.’

They say beauty is in the eye of the beholder and with these works of art there is certainly a lot of beauty to behold. With striking images of captivating faces caught in illuminating colours, it is clear to see Ant has an equally bright future ahead. 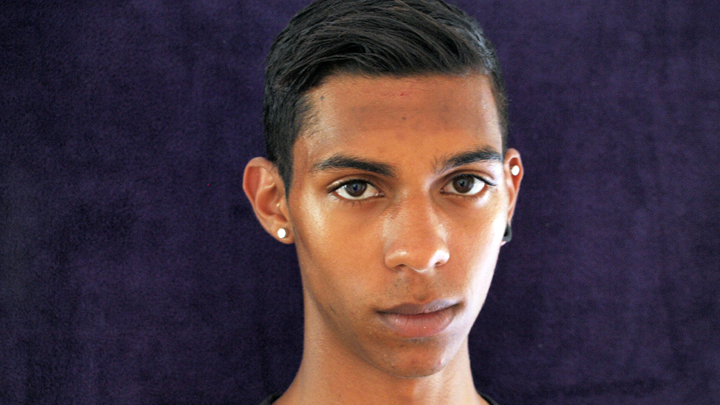