Taking place over 5 days and across 8 venues, Brooklyn Electronic Music Festival will take place in Williamsburg in Brooklyn, NY from November 5th to November 8th for it’s 8th installment. The festival will showcase local talent in addition to internationally recognized superstars. The festival prides itself on distorting the boundaries between the commercial and underground scenes by purveying talent from both. In the past BEMF has showcased artists such as Hudson Mohawke, Nicolas Jaar, and The Black Madonna before their rise to fame.

Discussion panels will also be present for artists and industry representatives to discuss ideas and challenges they face which will be hosted by VICE and Novation. Pre-parties will open the festival and a brunch will close it out, after-hours parties will also present themselves throughout various undisclosed locations. The festival will kick-off with pre-parties at Verboten, Output, and Panther Room with Rinse FM presenting Oneman, Obey City, and Doctor Jeep as well as Afrika Bambataa, Laidback Luke B2B with Gina Turner, Julia Govor, and Mark Henning playing afters on Thursday.

MK will then perform at Output on Friday with Umfang in the Panther Room and Masters at Work and Soul Clap at Verboten. Snakehips will then play at Music Hall of Williamsburg, Soulection & NY Hella Ratchet Club will present their party at Cameo Gallery, and George Fitzgerald and the Fixed crew will perform at Good Room. The Nadus EP release party will take place at Baby’s All Right and Eat’s Everything will play along with Sven Weissmann at a secret location hosted by BlkMarket Membership. Afters will be hosted by Bushwick A/V with Corey Baker of Pattern Drama and Touch of Class Records.

On Saturday, Thump & Novation will present their discussion panel in the VICE offices in the early afternoon and then Django Django will play Verboten in the early evening ahead of Armin Van Helden and Will Clarke. Daniel Avery will take to the decks at Output and host his own party with the likes of Matrixxman and local New York favorite, Nikola Baytala in The Panther Room.

Thump will present a live set by Floating Points at The Music Hall of Williamsburg along with Paul Raffaele and The Bunker will host an event at Good Room with live set from Voices from the Lake. Moving Castle will be hosting a party at Baby’s All Right, Spank will bring forth Honey Dijon at Cameo Gallery, and Fool’s Gold will celebrate their 8th anniversary with Mr. Carmack and more at Lust Gentlemen’s Club. Verboten’s new party brand, Vordergrund will also be presenting 15 years of Moon Harbour with Matthias Tanzmann, Sable Sheep, David Berrie, and others at a secret location all on Saturday. Local artists will then play at Bushwick A/V before the festival comes to a close at Freehold for brunch.

Many brand partners will also be involved such as Lyft, Reebok, Yelp, DanceSafe, Last FM, Red Bull, and plenty more to present Brooklyn Electronic Music Festival who is being organized by longtime promoter and event organizer Mean Red Productions. 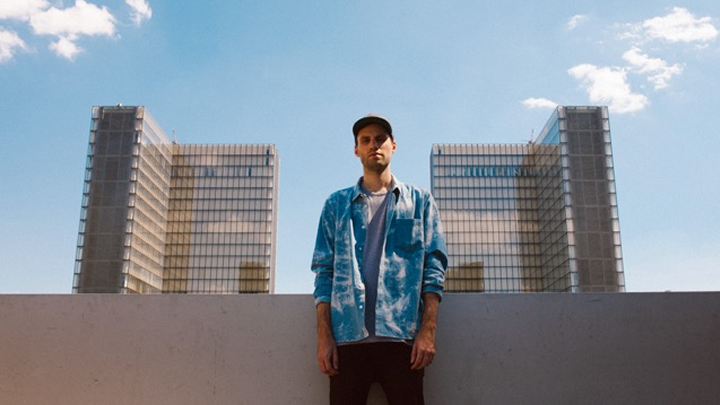