SHIFT launches on Friday 7th October bringing in a new and fresh night to the heart of Camden every Friday night at Proud Camden, we look at the break down of the first 4 events.

Proud is the centrepiece of Camden’s music and cultural scene, and now the historical venue is announcing a new weekly party that will cement that fact. Entitled Shift, from October 7th it will bring to the club a tasteful selection of no expense spared production and much loved DJ stars from across a wide musical spectrum.

Proud has a rich history that actually dates back to the 1800s when it was a horse hospital in the centre of Camden market. Now fully kitted out with state of the art Clay Paky Sharpy moving head lights, a high class d&b Audiotechnik sound system as well as chill out booths made from the old stables, it also boasts many more original and interesting features, which are all Grade II listed. As such, Proud fuses the old with the new, the historical with the futuristic and makes for a truly singular party space.

The focus at Shift, which will play out across three different rooms, is on attention to detail: to great light and sound, to welcoming party vibes and accessible sounds from the worlds of house and soul, garage and funk. Adding colour and sensory stimulating details to the magical musical offerings will be fire breathers, stage performance and cosmopolitain decor that all reflect the vibrant and vital Camden locale.

Playing the show stopping opening party are Kiss FM’s diverse DJ tag team Dixon Brothers, who are go-to guys for everyone from MasterCard to Formula 1 and drop a fun fuelled mix of r&b, trap, hip hop and hose as well as spitting out their own cuts like the widely played ‘Disgustin.’

The second edition features Norman Jay MBE, the man behind Good Times and a proven DJ party starter. Norman Jay is a true music icon. For decades now he has been serving up sumptuous soul, dub and funk, and is said to have coined the now popular term ‘rare groove’ way back when. So tightly woven into the fabric of the UK music scene is he that he was awarded an MBE for his efforts back in 2002. Never one to be pigeon holed and with a vast knowledge many genres, he is closely associated with Notting Hill Carnival—to the point that he is affectionately known as Carnival King— and is sure to sure up some real soul sizzlers on the night.

This pair have played a pivotal role in the pollution of UK garage in London, and tonight will bring with them all the sounds and superb selection that have made it so. With MC Creed on hand to toast each tune and get you on your toes, this promises to be a carefree night of really classic garage sounds.

Hitting party number four, Proud’s festival styled, big party night Shift offers a Halloween Special on October 28th, with Digital Farm Animals headlining. Digital Farm Animals is Nicholas Gate, a young, London based electronic artist making show stopping synth sounds. He has been doing so for three years now and is a fine songwriter, remixer and singer as well as dexterous DJ who has seen the big time with hits like his recent ‘Millionaire’ with R Kelly. He has worked with acts like Sigma, Blonde and will.i.am, and has played around the world with Knife Party and Chase & Status, so is no stranger to making crowds move to his own special sounds. 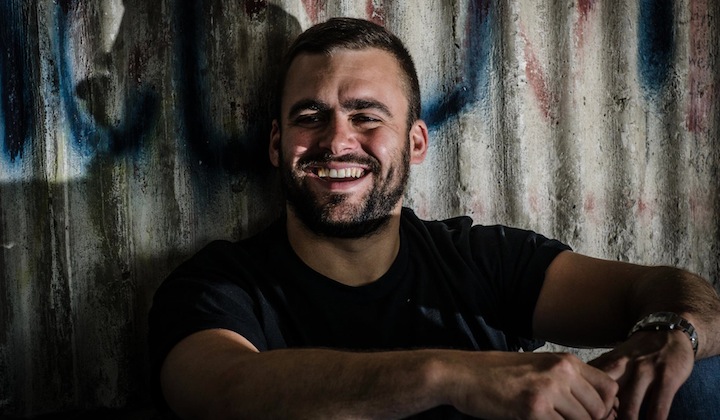 Max Chapman Collabs With Fan Alfie Nelson To Give Away ‘Febreze’ As A Free Download
Grahame Farmer September 22, 2016