When it comes to New York City, it becomes extremely difficult to even know where to start at – let alone where you’ll end at. With over 3000 nightclubs and bars and literally a house or techno music party going on each and every night, it can be difficult to decide what to do and where to go. So what sets a venue, a line-up, a promoter apart from the rest? What really makes it worthwhile to be late on your rent and bills and not miss out?

Every weekend in the New York metropolitan area there are a myriad of so-called legendary DJs and artists that grace the decks. Some may come once a year, some may come two or three times a year, some may seem as if they play every single weekend. Rarely is the music mediocre and rarely is the sound not up to par but in order to truly be a memorable experience, one needs more.

In 2012, The Cityfox Experience was born. Their ability to create a memorable experience was insurmountable. With world renown acts playing each and every weekend in New York City, Listed Productions and Cityfox teamed up to put forth an event like none other and have continued their legacy ever since. With more emphasis on the aesthetics, the creativity, and the overall artistic value in addition to the sound and music, The Cityfox Experience makes for a truly memorable experience.

The local community and government hasn’t been so favorable of New York nightlife in the past decade or two and this caused the Halloween event to be shut down this past year. The media blew things out of proportion and distorted facts but in reality, the local Brooklyn neighborhood did not want a bunch of rowdy partygoers ruining their quiet community.

Have you ever ridden on the subway? Have you ever been to a warehouse event? Do you we really want to know what the toxicology reports are for New York City everywhere we go? We are willing to bet that half of the buildings in New York City aren’t entirely up to par but the party must go on.

Although they had a major hiccup, that didn’t stop Cityfox from coming back stronger than ever with an absolutely astounding setup that transformed the main room into an aquarium and three additional rooms that were more fashionably decorated than a good majority of Manhattan nightclubs. Martin Buttrich, M.A.N.D.Y., Thugfucker, Bedouin, and Frank & Tony all headlined this magnificent event allowing attendees to get lost in the music and forget their troubles.

Now for the 20th NYC warehouse production, The Cityfox Experience will once again partner up with KV2 Audio for crystalline sound, Oxygen Eventworks for lighting, and Projektil for visuals. The transcendental artist, Lee Burridge will share the bill with Cassy for extended sets to take us into the wee hours of the morning as well as Job Jobse, Culoe De Song, Jon Charnis, and Kevin Knapp. Cityfox and Listed artists, Justin Marchacos, and Nikita will also take to the decks along with The Happy Show and a special surprise guest.

Although Cityfox has switched up locations numerous times, they will stick to a familiar warehouse location where they also had The Maze and their last event. The production will be a recreation of the event this past December with major enhancements and improvements to the overall aesthetic. The excitement is upon us and we can’t wait to see what they have in store this time. This will truly be another unforgettable experience. 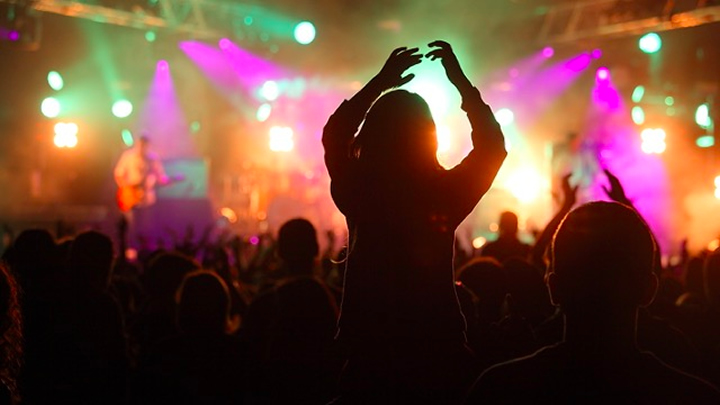