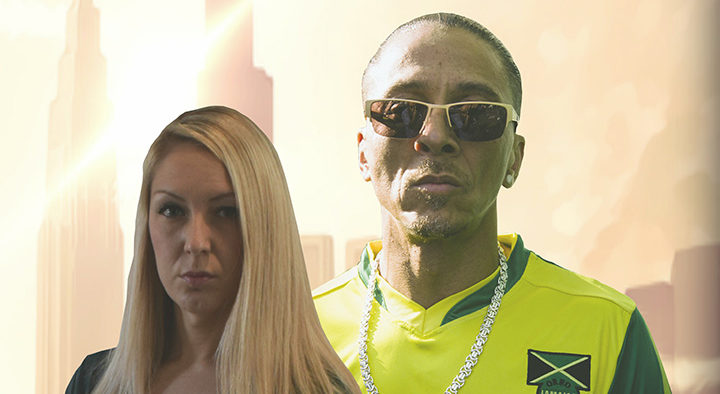 For the latest instalment of our new ‘Renegade Riddims’ series, we are truly honoured to have this exclusive Jungle mix from Missrepresent and Navigator! These two legends of the scene have gone all out, spending hours perfecting it and getting it mastered by Snap Mastering & Fidget Group. This mix is timeless and here for us all to enjoy time and time again!

Missrepresent (Aliina Atkinson/Aliina Mayes) stormed onto the dnb scene in 2001 when she was sponsored by her boss at Domino’s Pizza with a set of Numark turntables. She went on to win the Liquidfunk mix competition beating over 500 entries at just 20 years old. Now, a national and international DJ and Producer, she has played over 550 clubs, pubs, silent disco’s, boat parties and festivals around Europe and briefly toured the USA, she has headlined numerous sell-out events across the globe. No stranger to heaving dancefloors, as far abroad to Asia, her love for keeping people dancing into the early morning is well documented.

Her natural skills for mixing caught the judges attention of Bristol Academy’s ‘Movement & Driveby’ DJ competition where she was placed in the finals up against skilled scratch masters and professional turntablists after just 6 months of mixing on vinyl. She was invited to play at JoJo’s in Stroud (now known as Twisted Fix) alongside Mickey Finn for Motivation, soon after playing on pirate stations in Gloucester, then a weekly show on WWDNB in London before Ruffstuff. Handing out flyers and selling tickets for promoters earnt her residencies for Bedlam where she was playing on Dillinja’s Valve Sound System, giving her the confidence to handle larger festival crowds. Chemical Records had her as a resident on rotation, and she picked up several other residencies playing for huge promotions such as High Rollers at Swindon’s Brunel Rooms, Desire London, Innovation, Random Concept and spent a 7-year stint of promoting events of her own. 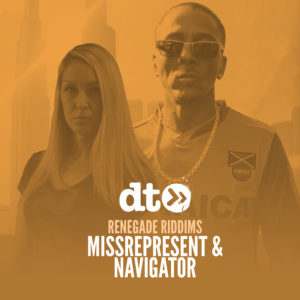 With her huge summer slammer ‘Another Dimension’ ft. Bellyman on DJ SS’s label Formation Records which has had support from DJ Hype on Kiss FM and her track entitled ‘Control’ released on Bass Legion Records last month, she is cementing a statement through her music. A further solo track entitled ‘Bad To Da Bone alongside the legendary Cutty Ranks is a full-on vocal onslaught for his forthcoming jungle album later in the year, showing she continues good fortune from talent in the music industry.

Navigator is a true Jungle Father Figure to a generation of Soundboys, ravers and Junglists alike and is widely regarded as the absolute definition of THE true Junglist Soldier.

A multi-genre, multi-award winning hitmaker, responsible for certified bangers like ‘Mo Fire’, ‘Inequity Worker’ and ‘Ruffneck’ and touring the world with heavyweights such as Lenny Kravitz, The Freestylers, Bad Company and DJ Fresh, Navigator has proudly never ever forgotten his Jungle roots.

Revered for his unique ability to hold a set like no other, perfecting the art of actually hosting a set rather than just roasting a set, letting the DJ’s selection breathe, and dropping killer bars at the killer moments, his voice, delivery, presence and lyrical prowess is like no other. With current residencies held at Jungle Mania, Jungle Jam, Warning, Kool FM, United Colours Of Jungle, Vibena Jungle and ambassador for We Love Jungle, Navigator has an unsurpassed wealth of experience as one of the most respected Mic Controllers alive today, which has cemented his place firmly into Jungle history alongside the greats!