The Warehouse Project has kicked off for another 12 week series taking place across Manchester with line-ups includes some of the most exciting and influential names from across the board, including M.I.A., Flume, Mura Masa, Autechre, Bonobo, Jon Hopkins, Ben UFO, Skepta, Four Tet, Adam Beyer, Nina Kraviz, Laurent Garnier & many more.

As well as taking place each weekend at its spiritual home of Store Street, The Warehouse Project will spread its wings to take over several venues across Manchester: Old Granada Studios, The Albert Hall, Manchester Academy, plus some intimate shows still to be announced….

New Years Eve at WHP sees the venue dropping the cream of bass, house and techno, with scene legends lining up alongside current stars. Headliner Hannah Wants has had a meteoric ascent over the last couple of years, her take on bass heavy dance music influencing dancefloors from London to Ibiza to Miami. Fellow headliners Blonde have had a string of chart hits that have seen them take credible UK dance mainstream, fusing earworm vocal hooks with deep, addictive rhythms. Danny Howard, one of the most influential selectors in the country as the face of Radio 1s Dance Anthems show, is on hand to drop unabashed big room killers. Elsewhere the bass community is amply represented. Dreem Teem and Wookie are both garage legends with years of experience matched by record bags full of exclusives and dubplates. Tough Love, Monki and DJ Haus represent the new spectrum of UK sub heavy sounds, whilst Kidnap Kid and Kiwi play a twisted take on techno and house.

A Pair of Tickets to Relentless Presents: New Years Eve at The Warehouse Project

To enter this amazing competition simply give us both a like on our New Data Transmission Recommends Facebook, subscribe to our Youtube Channel and drop us an email at [email protected] with WHPNYE in the subject. It’s as easy as one, two, three! 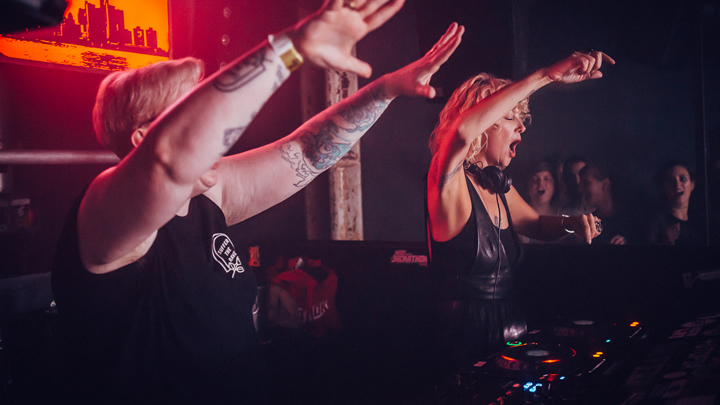