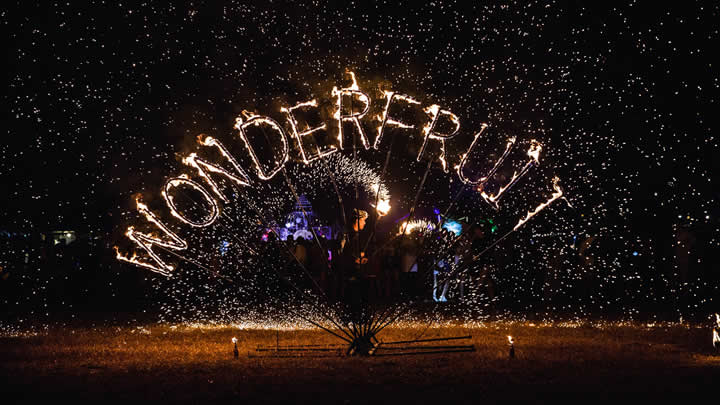 This year Wonderfruit Festival was the focal point for my most recent departure from the UK. Now in its fourth year – the festival continues to be at the forefront of the Asian festival circuit. It has an eco-centric ethos, an impressive local and international lineup and leaves little wanting for art and theatrics.

The elephant in the room is that Wonderfruit is held in Pattaya, widely known as Thailand’s capital for sex work. As a result, I found myself as an accidental ambassador – promoting the festival’s ethos and virtues in a hasty but necessary defence in the weeks prior. For obvious reasons, I was intrigued to see if all would be as reviewed and marketed: an eco-haven full of forward-thinking, socially conscious musical minds. 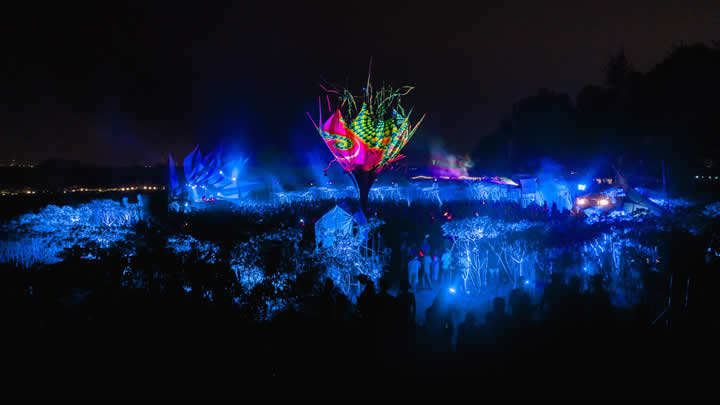 The first walk around the site had me concerned. I have never seen so much money at a festival in my entire life. The punters mostly seemed to be young wealthy Thai, relishing the opportunity for high fashion and good Instagram shots. The 15 year old whiskey and grey goose table service, kimonos and vintage fashion pieces at £150 were all clearly aimed at a more consumer focussed crowd. The issue was not, however, just that money was being splashed around. A short walk confirmed 3 vendors with vegetarian food and the vegans I met said they really struggled to find anything to eat at all. Did this cater to the consciously minded eco-warriors the festival called out to in its marketing?

Now, this came as a surprise – I was not expecting to be trading for supplies and holding hands around a fire, but this was not quite the environment that had been presented. Had I fact walked into Coachella?

Luckily the answer to that was no.

The marketing ethos and actual execution were perhaps a bit at odds – but good was undoubtedly going on. A cryptocurrency was being used to help fund nature projects in Myanmar and there were hundreds of workshops to discuss and encourage sustainable, conscious living. All this just seemed a bit bizarre in context.

This aside, when push came to shove I was there for the music, art and good people and they came in abundance. 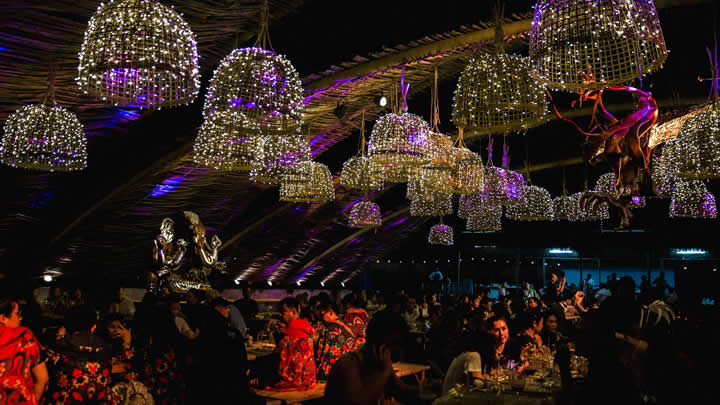 Thursday opened affairs with a relatively unknown Indonesian artist named ‘Prabumi’. Natural soundscape and live, downtempo tribal percussion were laced with mantra like singing. A haunting and impressive set that certainly intrigued the crowd for the musical treats in store, Prabumi definitely deserves more than the 10 or so SoundCloud followers he currently holds.

Friday night marked the grand opening of the Solar stage –a futuristic-castle created by the genius Gregg Fleishman. Truly the most magnificent and intricate carpentry I have ever seen used as a musical space. Slotted together without a single bolt, this giant structure stood out as the burning man soul of the Wonderfruit aesthetic. It could be climbed, danced and chilled on and I loved it.

Gapi and the Thai Dub Mafia were the first chance I got to experience the Solar in action. Gapi lay down heavy dub riddims and set the Thai instrumentalists flowing, on what appeared to be a sitar-like instrument and a giant set of panpipes. MCs seemed to be an unnecessary addition to the set, but regardless, the band were a solid booking and set the tone nicely.

I am definitely the first to admit I am a bit of a sound snob, so festivals outside of the UK can leave me twitchy and nervous. The ALTN8 stage was my first experience of full 12 point sound. An absolute 360-degree big warm hug of auditory goodness, the set up was perfect for the house and tech being delivered. Radio Rapha – who switched the mood of both stage and festival and took us to the desert tribal exploration sound were my stage highlight for sure. 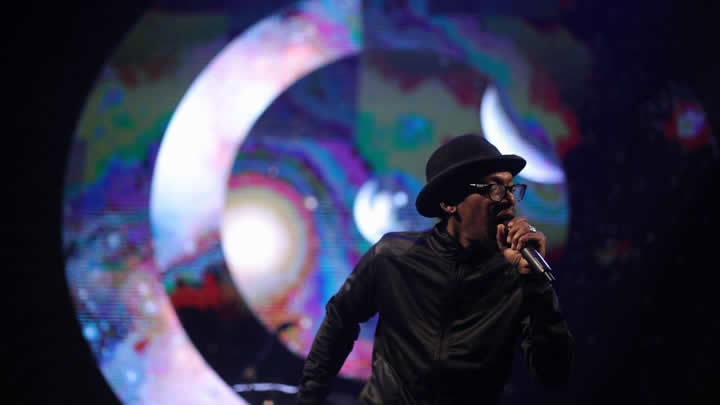 Roots Manuva played Friday night with a crew I hadn’t stumbled across before. Smooth and clinical, Roots did not disappoint as the prophetic London man we know and love. When you see a man like Roots Manuva perform you can’t help but get lost in the balance of message, flow, humour and intricacy he has mastered since his early beginnings. I have never seen him play such a large event before, and certainly not with a band – but this was a world that suits him, bowler hat and all.

But there were two men I had come to see this weekend – Nicola Cruz and Be Svendsen and they were both set to siege the Solar from 5-9am Sunday morning.

Eventually, the mothership came alive. Throughout the evening the solar stage had been projection mapped into what looked like a giant spaceship. A huge diamond spinning at its helm, as if some alien power source, and the people hung off it or sat on it in wait.

The rolling, stomping, half-time drum licks brought the dance. The strings samples rang true out of the party castle and Wonderfruit all seemed to make sense. The selections from Nicola Cruz were vast and I was having too much fun to take note, but a definite highlight would be hearing Blast by Esa & Narch Beats. A summertime discovery, the vocal echoed like a beacon for the people to come, before dropping down into the heavy hypnotic hook. By far one of the most impressive electronic music sets I have seen for a long time.

Be Svendsen then took the helm with an ease that made it seem as if he’d popped for milk. Does he live in a desert circus? Is this, in fact, his house? I hope so. Either way, the man brought the goods and took us into a spectacular sunrise as the people stomped around, came back from the dead and partied like it was the last sunrise we’d see. 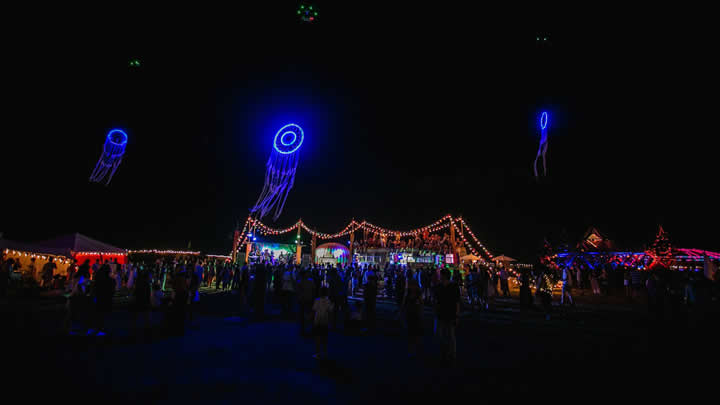 Would I go back to Wonderfruit? Yes, there were early doubts about honest intentions, but in many respects, the festival was by far one of the most entertaining and exciting spectacles I have had the pleasure of attending. 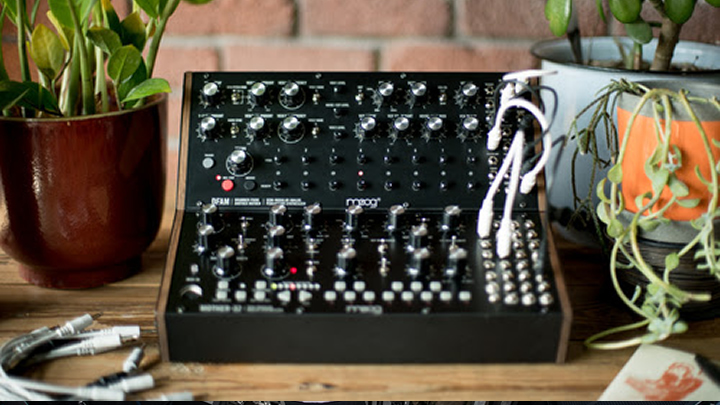