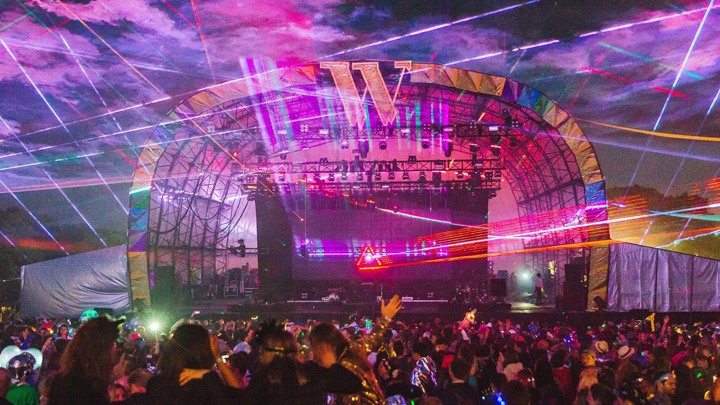 A very happy seventh birthday to Wilderness! Frequently dubbed the UK’s “poshest festival” and with reason, for Wilderness punters stumble around in Hunters, swigging bottles of Veuve Cliquot in place of the classic warm Stella. A quintessentially British festival, in a slightly different way. A festival hosting so little trouble that the security guards have the time on their hands to throw shapes to Dario G’s ‘Sunchyme’ and even get involved in Grace Jones’s live headline performance.

This year witnessed the festival sell out in advance, hosting more revellers than ever before whilst still sitting comfortably under 15,000 people (Glastonbury hits 175,000). That’s big enough to evade boredom, yet small enough to run into David Cameron on more than one occasion. 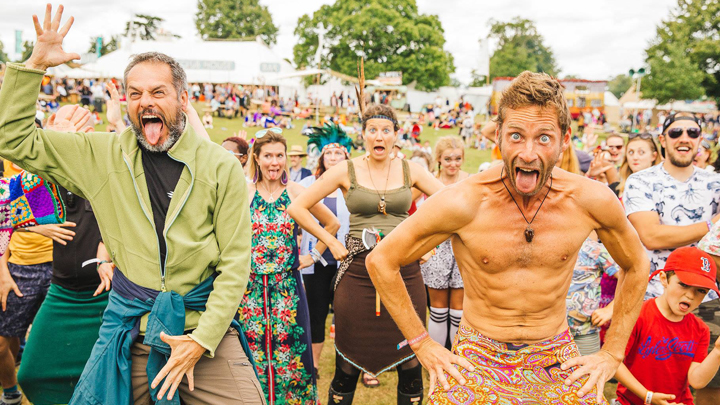 Overheard at Wilderness: “We could totally run a festival on my land”

The festival brought the heat this year with a ramped up live music programme and an even more impressive electronic lineup, featuring the introduction of new stages like the Peacock bar, the Hustle, the love hotel and of course, the infamous Valley. The latter being the festival’s dance music hub that provides a hidden haven of hedonism that could definitely sit up there with one of my favorite festival ‘stages’. Nestled deep in a valley with great sound, even better sunsets and against a backdrop of projected images of Grace Jones’s face in lights.

This year saw sets from Artwork, Crazy P, Nightmares on Wax, PBR Streetgang and an epic 4 hour Jackmaster x Eats Everything B2B of naughtiness, that saw the boys drop everything from acid and techno to rave classics and even throwing in ‘Vogue’ by Madonna for good measure. Cue: Numerous Identification of Music Group ID requests.

On the live side of things, the main stage played host to a number of stand-out performances with Friday headliners Two Door Cinema Club’s infectious brand of indie-pop and ‘of the moment’ bookings Sigrid and First Aid Kit, who proved why they’re such hot property right now. Reggae and Ska legends Toots & the Maytals delighted the crowds on Saturday ahead of an atmospheric live headline set from Bonobo. Sunday afternoon belonged to the charismatic Louis Berry – a reminder of the outstanding and genre-defying A&R capabilities of Ministry of Sound (also home to London Grammar, aside from their obvious Dance Music pedigree). 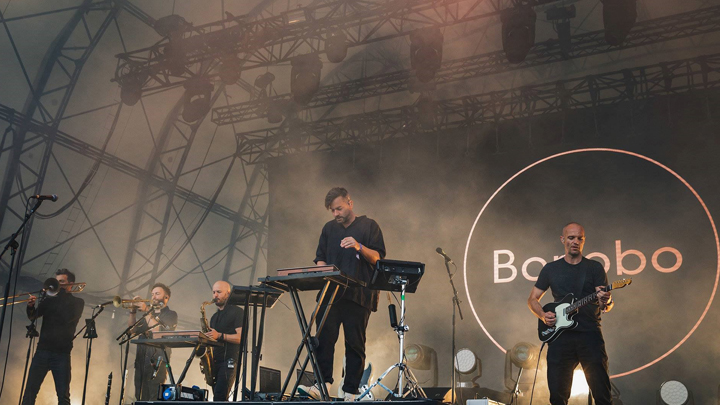 And ladies and gentlemen: Miss Grace Jones. Quite simply a genius booking, the 69 year old Jamaican supermodel-turned-Bond Girl-turned-singing sensation stole the show and wowed the crowd with her timeless repertoire, including ‘Libertango’, ‘My Jamaican Guy’, ‘Nightclubbing’ and her suggestive 1981 hit ‘Pull Up to the Bumper’, each complete with its own costume change (obviously), some with additional hula-hooping (amazing) and all the while entertaining the crowd with playful repartee and telling us to “grow the weed and smoke the ganja”. Capes, body paint, feathers, headdresses. Grace. Everything. 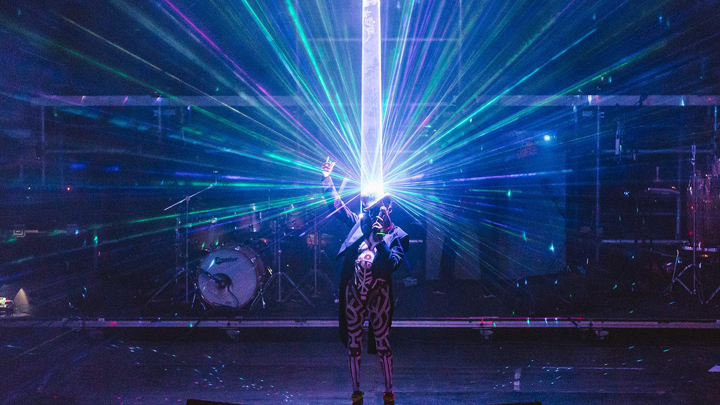 The other stages made their mark this year, with late-night outdoor delights at the new Love Hotel stage including Japanese live electronic act Anchorsong, who provided an emotive late-night soundtrack to Saturday, whilst the uber-cool Flamingods brought their psychedelic global sounds to a trippy outdoor Carousel.

Patty & Bun’s ‘Patty Party’ was also back in action for 2017 (by popular demand), earning themselves a bigger and better venue to pump out beats and burgers to party-goers, providing the perfect place to dance from sundown to sunrise and throw shapes to everything from Solardo to ‘Sandstorm’. 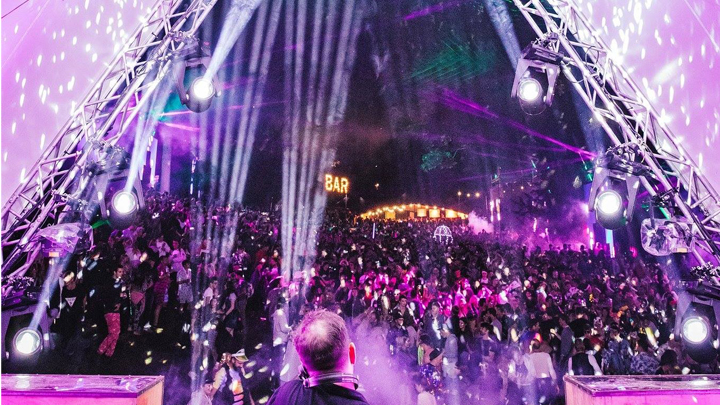 Overheard at Wilderness: “I think that guy just pissed on Jo Whiley”

If, aside from live music or a continuous 4/4, you’re looking for some more high-brow entertainment from a festival, the Wilderness staples are still on the cards. Talks were still in large supply, with everything from “How Not to Write a Novel” to “Ask a Scientist” and we saw the return of firm favourites from previous years such as Hip Hop Karaoke, lake swimming and boating plus activities that required considerably more hand-eye coordination (i.e. attempt before you hit the Sipsmiths Gin bar) like archery, sock-wrestling and croquet. An awesome addition this year was the Grace Jones headdress making workshop – the results of which added to the colourful tapestry of fancy dress for the remainder of the festival. Mindfulness walks, massages and a full yoga program were still very much present for those looking to find some inner calm amongst the revelry.

The annual cricket match was bigger and better this year, employing a Heroes vs Villains theme with a whole host of tongue-in-cheek characters including ‘Theresa May’, ‘Hitler’, ‘James Bond’, ‘Lord Voldemort’, ‘Darth Vader’, ‘Captain America’, ‘Thor’ and ‘Pablo Escobar’. Made particularly enjoyable by the usual witty commentary, the fact that ‘May’ couldn’t keep her shoes on, the 23 streakers and ‘Escobar’ needed to do ‘lines’ off the grass after every innings. Jolly good show. 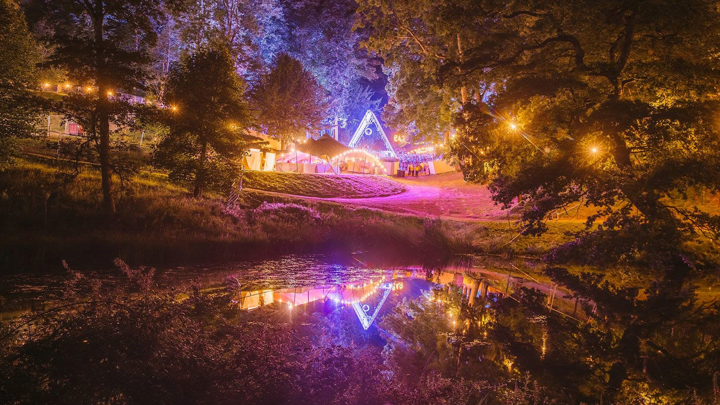 And last but certainly not least, once again the food and drink remained unrivalled by any other contenders on the festival circuit. With guest chefs Yottam Ottolenghi, Thomasina Myers and Nuno Mendes hosting the famous banquets and the likes of Bubbledogs, Patty & Bun and The Pig supplying ‘normal’ food. An essential activity for 2017 had to be dipping our toes into the Sipsmiths gin and Veuve Cliquot tents, the latter involving us (and everyone else in there) donning orange Veuve Cliquot hats and wellies to sip our champagne cocktails in. Like some sort of strange fluorescent high society festival uniform. Wilderness: Never change.

As they would say in the M&S adverts:
“This isn’t just a festival. This is Wilderness Festival.” 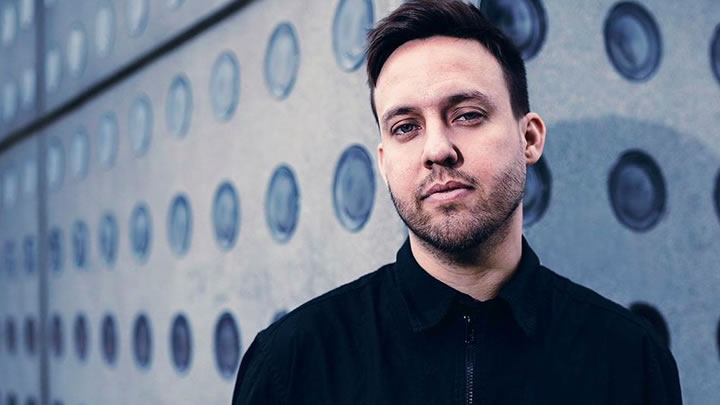