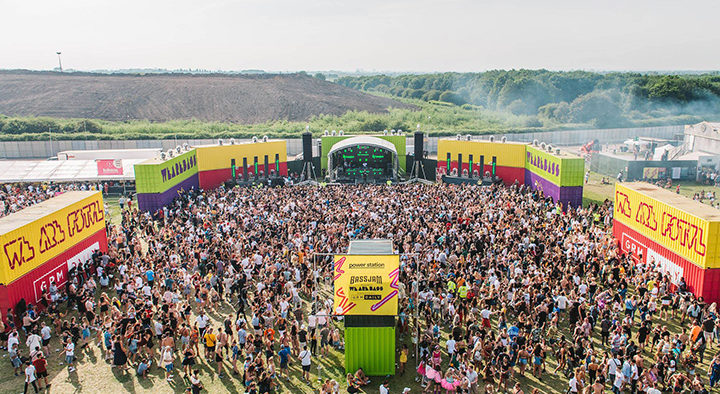 It feels like it’s been a long, hard winter. We’ve had to battle the January blues and endure the ‘Beast from the East’, while we all anxiously wait for the long summer days to finally arrive. But finally, it’s safe, you can climb out from hibernation. Because festival season is back! First stop for me this year was a bank holiday scorcher at We Are FSTVL.

Deciding to take in some of the sights and delights of London we head down a couple of days early, in both anticipation and eagerness. The train ride down we flick through the lineup, deciding which artist we desperately want to see, the legend that is Carl Cox, MK, Gorgon City and MistaJam top the list as always. We arrive at our hotel which is just 7 stops from Upminster station where free shuttle buses run to the festival site. For those brave enough to be camping in the sweltering sunshine, the festival began on a Friday with the likes of Secondcity, Shy FX and CamelPhat playing exclusively for the campers. Judging by the social media feeds and talking to some friends who camped, they certainly got the weekend off to the perfect start. 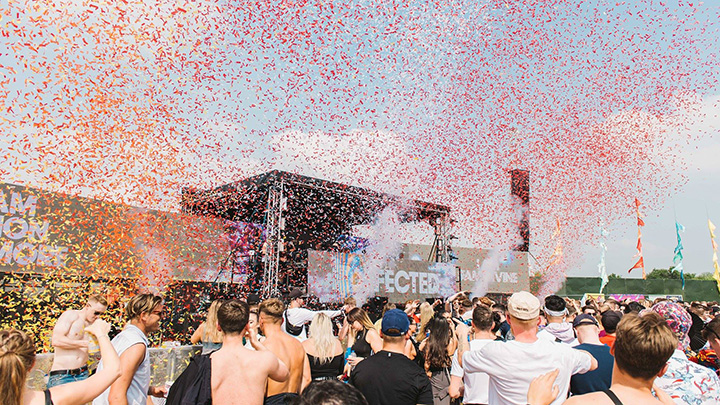 The day finally arrives, we wake early on Saturday, line our stomachs with a breakfast buffet, crack open an early beer, switch on the speaker and get fully in festival mode. We take the short walk to the station, spotting the obvious fellow festival goers on the way, carrying a bag full of beers, sporting the latest Bee Inspired or Pretty Little Thing releases. After the short train journey, we pull up to Upminster Station. There is a heavy police presence at the exit, the pub on the corner is overflowing with festival goers, everyone is in great spirits and the sun continues to beam down. Just behind the station is where we catch the bus. They run constantly all day, never allowing a large queue to develop. It makes a nice change for other festivals I have attended where the buses are few and far between. After 10mins on the bus, we reach the festival site. It is instantly recognisable with the large flags and tents towering above everything else, it sends an instant buzz throughout the passengers on board. We all filter off the bus and through the crowd barriers. Once again there is no opportunity for a queue to build, we are constantly on the move and before we know it we are at security. After a quick pat down and a friendly chat, we are in, the bass rumbles through the floor, the sun continues to beat down, it feels so good to be back. 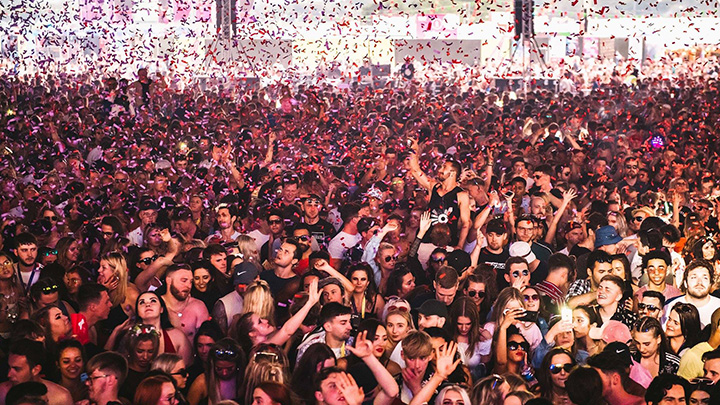 Our first port of call is to collect our beer tokens. I have heard of festivals that do this, but I have never attended one myself. I can see how it helps with queuing times, but I can’t say I am a fan of the concept. We purchased some in advance, but we didn’t know how many tokens constituted to drinks. To purchase more tokens, at a now inflated price, becomes a pain and unwanted part of the festival. Even some of the bar staff seem confused about how the system works. But if that is one of few faults from the entire weekend, it’s a testament to how well We Are is performing. Moving on from this minor blip, we do the customary event area trek as we try and find our bearings and make sense of the sitemap. We eventually make our way to the festivals iconic Terminal 1 stage. Taking its inspiration from an aircraft hanger, the stage is the largest one on the festival site. Our first act of the weekend is the bass heavy duo of My Nu Leng who are joined on stage by Dread MC. There is no easing into the weekend with this set, the heavy beats and mesmerising tones coming from Dread MC have the crowd bouncing and the festival for us off to a heavy start. It was the fast pace that we aimed to maintain for the rest of our time there. After we moved on to one of the outdoor arenas and the Bassjam stage. We catch the end of Kojo Funds and the start of Donae’o. Both men excel in getting the crowd involved and the mix of UK funky and garage is a welcome addition to the predominately house festival. The night can only end in one way, with the one and only Carl Cox. Delivering a truly exceptional performance that we have become accustomed to throughout the iconic house and techno DJ’s years of playing to his adoring fans at Space in Ibiza. Day one done, Dean done! 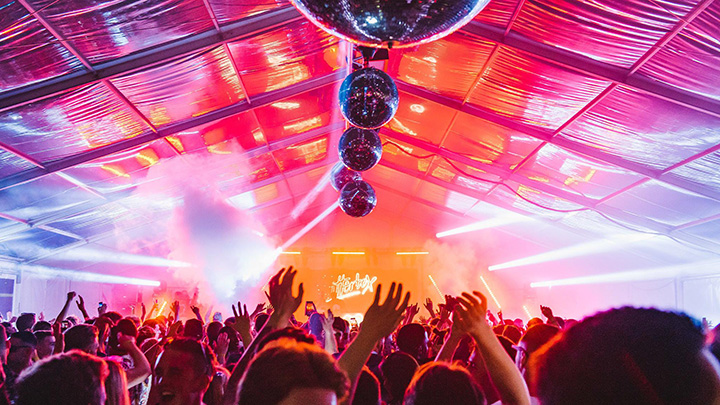 Day 2 arrives and once again the sun is treating us to its presence. Taking the train and bus again already seems like second nature, it feels good when you settle into a festival so quickly. The security seems a little slower today, after a chat with the security guard he informs me many of the people attending seem to be in disagreement with items not allowed into the festival. It’s pointless to argue. The rules apply throughout all festivals and judging by some of the people attending, this isn’t their first rodeo. Anyway, we move back onto the music. We head over to the Defected stage for Sam Divine B2B with Defected founder Simon Dunmore. From a distance, all you can see are fans with the Defected logo frantically waving as the heat overwhelms everyone watching. There is something about Deep House and sunshine, it’s one of the worlds greatest combinations. Sending an overwhelming sense of satisfaction throughout your body, it just works so well together. It’s like peanut butter and jelly. Pizza and beer? Oreos and milk? Okay, maybe not for everyone, but you catch my drift. After doing a little tent hopping and catch up with some friends and local DJ’s from back home. The lads from Driven have been making waves with their bookings and lucky enough to host their own stage at the festival. Although their set time was sadly cut short, it goes to show how their hard work, talent and determination is paying off. In time I know they will make it to a bigger stage. As we head back to the outdoor arena to see Radio 1’s MistaJam, the rest of the crowd is wowed by the likes of Amine Edge & Dance at the Mambo’s stage and Richy Ahmed at Paradise. Although the festival is now at its maximum capacity, moving from area to area is easily done. Overcrowding can become a regular occurrence at festivals, but We Are thankfully don’t follow suit. We end our night and festival with Eric Prydz, even if to just see them laser beams one more time. 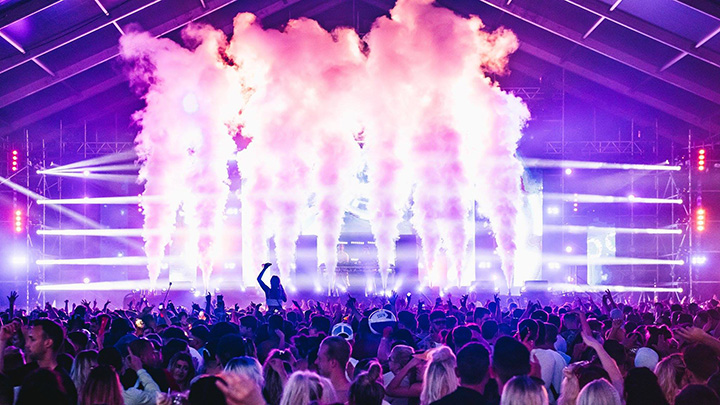 We travel back to our hotel and reflect on a brilliant weekend. The weather certainly played a huge role as We Are FSTVL duly delivered the perfect start to the festival season. It’s a big festival, but it still maintains that small festival feel. Stages are close and intimate, easily manageable crowds and less of the need for unnecessary large production. It’s kept simple and it works on every level. Even everyone attending is upbeat, friendly. They’re just there for the music and a great time. It’s certainly one for the House lovers out there of which there are many of you I know. The only downsides where the drink tokens, also we had a slightly unpleasant experience with staff as some lacked knowledge of the site itself. But that is all. I can see why the festival has won so many awards and will carry on to do so in the future. 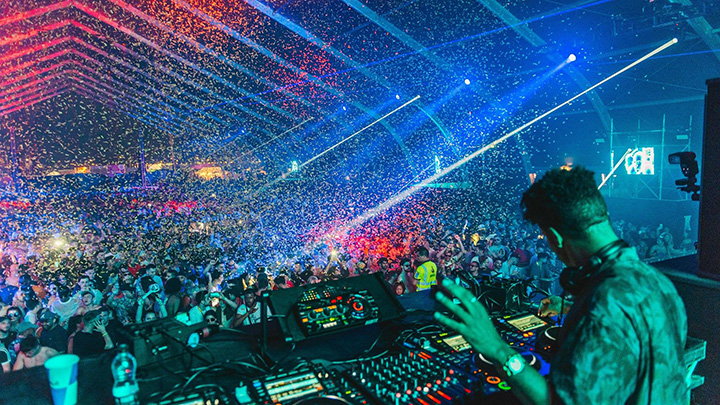