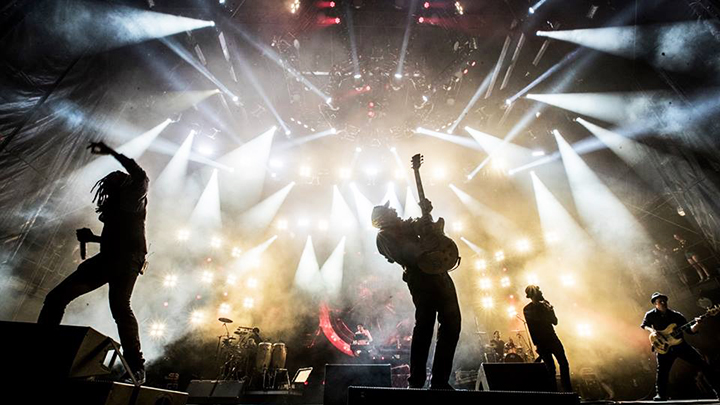 Whoever said “perfection does not exist” has not seen Thievery Corporation live. The multi-member bossanova, Latin jazz, reggae, hip hop, electronica ensemble came ‘Blasting Through the City’ this past Saturday, “assassinating in broad daylight.” Okay, it was actually a nighttime performance, but you see what I did there. Everything from Com Truise’s synthesized drum-N-bass/electronica opening set to the main track selection that touched on every Thievery Corporation album, to the crisp “still feels like new” surround sound system at Coney Island’s Ford Amphitheater, right down to the fly detailing on Rob Garza’s button down shirt — TC’s Brooklyn takeover was nothing short of perfection.

The performance took listeners on a journey through so many beautiful years of Thievery Corporation music. The opening presented intangible early works like ‘The Forgotten People’, ‘Take My Soul’ and ‘Warning Shots’ which helped bring rise to temperatures felt on the Coney Island shoreline. The outline of the performance was supreme starting with the band’s subtle, signature down-tempo sound before ‘Vampires’ brought every-body in Ford Amphitheater to life. Never not impressed with Thievery Corporation live as this was the third time I had the pleasure, but last Saturday’s performance surpassed all of my wildest expectations. Pristine sound, elite instrumentals, laser lighting, but most impressive were the family-like vibrations on and off the stage. The audience always resonates off of Thievery Corp’s otherworldly energy, but there was something truly special in the air last Saturday. TC originators, Rob Garza and Eric Simon brought the whole crew for this timeline performance delivering classic TC sounds early on before motivating into new island-style works from their latest album, ‘The Temple of I & I’, which was recorded in Jamaica. Convinced I melted into the center of the pit during the sleek sound stylings of ‘Thief Rockers’ and ‘The Temple of I & I.’ 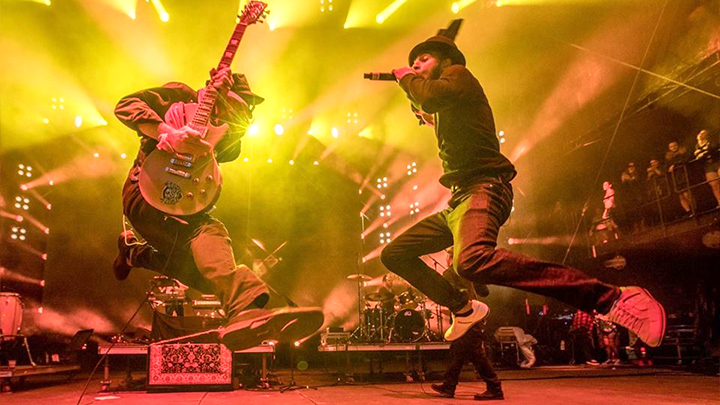 Mr. Lif and Puma Ptah are always driving forces during TC performances. Aside from their infectious energy and primo style, these two vocalize some of the group’s most inspirational messages. In a time when turmoil and hate feel all too alive, impassioned expressions soared as listeners were encapsulated by politically-minded tracks ‘Amerimacka,’ Fight to Survive’ and ‘Ghetto Matrix.’ The suave detailing between reggae and middle-eastern instrumentals coupled with forward-thinking lyricists make for an elemental uniqueness almost too good for words.

Can we talk about Natalia Clavier for a minute? Not only is she is a divine, multi-lingual vocalist who rocked a sleek, sexy sheer one-piece during Saturday’s performance, but the Argentinian artist also has smooth, stealth skills on woodblocks as witnessed during ‘The Heart’s A Lonely Hunter.’ LouLou Ghelickani’s voice of an angel paired perfectly with her bohemian over-sized, satin striped getup which stole the show during tender-favorites, ‘La Femme Parallel’ and ‘Sweet Tides.’ Those who are familiar with the band understand the variety of members that design the truly unique sound that is Thievery Corporation. The latest edition deserves major praise – Jamaican singer Racquel Jones hopped on the Thievery Corporation roster for the band’s latest album, ‘Temple of You and I’, and she practically blew the roof off of the open-air venue. She sent a ‘Letter to the Editor’ and set up a ‘Road Block’ so that editor had no choice but to pay attention. What an immense, powerhouse female. Eric Simon’s bass solo was all things great in the world and Rob Myers always catapults us to new dimensions with his sitar solos. 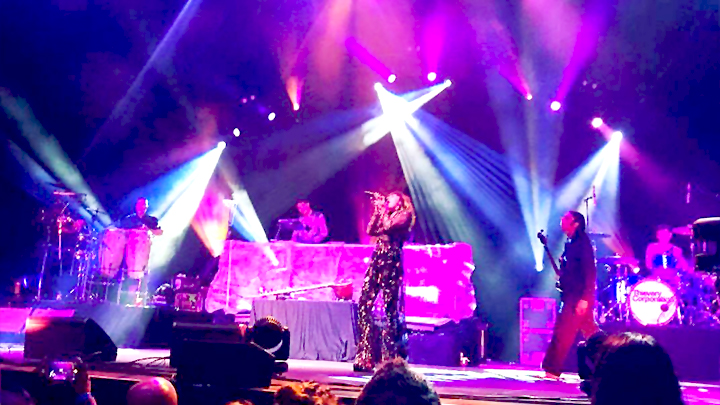 Prior to Saturday’s performance, TC was running a poll via Facebook to have fans vote for an “encore” track. Goodness, did the group really tease us by enacting a departure from the stage around 10 p.m. removing themselves from the stage along with some instruments. The crowd cheered and chanted for their return, and I too stood firm in my mid-pit spot refusing to leave before hearing ‘Richest Man in Babylon.’ Eric Hilton teased us by returning to the stage for a brief moment as if he were searching for something, then quickly returned backstage. “You haven’t tricked us just yet”, I thought… Next up was Ashish Vyas who slowly but surely tip-toed back to his bass. The audience was blessed with what felt like multiple encores including ‘Marching the Hate Machines’ and ‘Heavens Gonna Burn Your Eyes.’ Almost made the fatal mistake of leaving prematurely before 11 p.m. — luckily Ptah’s mesmerizing voice and that distinct saxophone seduced my feet back to the pit for ‘Richest Man in Babylon.’ That was the only encore needed to complete three hundred and sixty degrees of musical perfection. 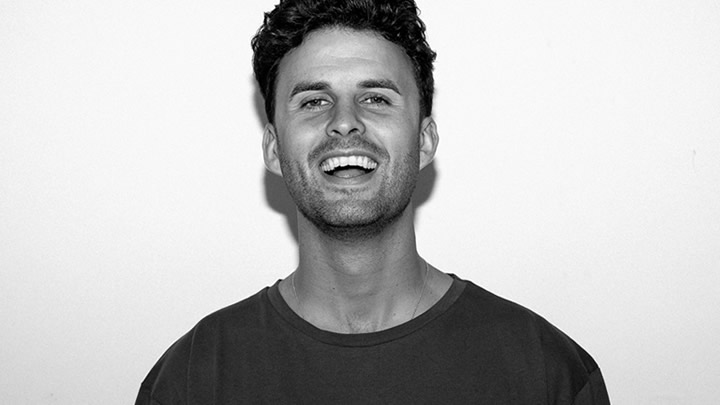