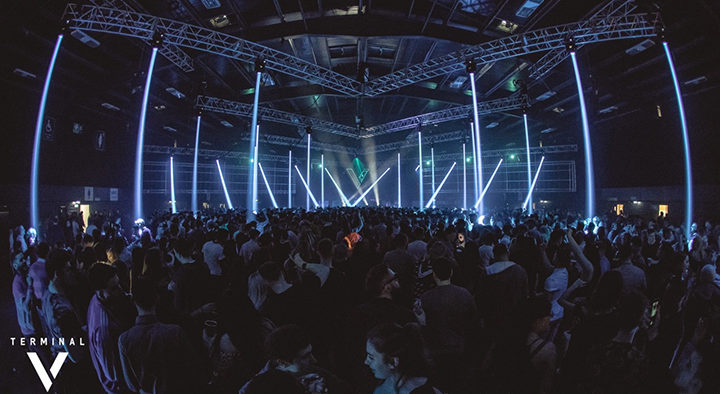 Easter Sunday is often lauded as the time for religious celebration & Easter egg hunting with young nieces and nephews. This year I went for something a little different and headed to Edinburgh to experience all the delights and frivolous behaviour that the young, Scottish, techno day party Terminal V had to offer.

The Royal Highland Centre venue where the day’s activities were to take place is one of Scotland’s largest venues and exhibition centres and the perfect location for a 10-hour techno bonanza. The 3 rooms consisted of the huge, industrial, and very impressive Area V main stage, and the smaller ‘Terminal’ and ‘Lab’ rooms for more intimate moments. There was also a small VIP courtyard, for all the revellers that wanted to soak up the supposedly rare Scottish springtime sunshine that was on offer 🙂

On arrival, you couldn’t help but be blown away by the sheer size of the place, with a light production installation and a booming sound system that powered through you like a miniscule Earthquake. This was the perfect playground for the Terminal V lineup on offer. A lineup consisting of such dance music aficionados as Rødhåd, Pan-Pot, Amelie Lens, Bicep, Kölsch, Artwork, Peggy Gou and Derrick Carter amongst many, many more, was not to be sniffed at. 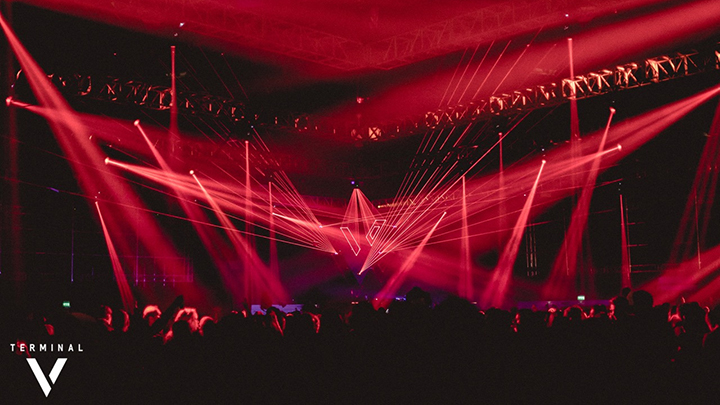 As 2pm hit and the many clubbers started streaming in, we were eased into the day’s proceedings in the Terminal room with the soothing warm up sounds of Mella Dee. Swiftly followed by everybody’s cheeky chappy Artwork, and woman of the moment Peggy Gou. Peggy particularly had the crowd in the palm of her hand, soon shown by a wonderful Scottish rendition of the ‘Peggy Gou’ chant and shoe waving that has become such a trademark of any set from the young South Korean since last summer! 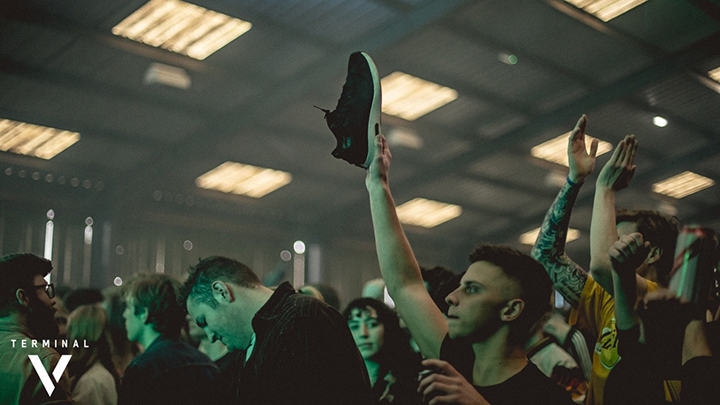 After feeling suitably warmed up and eased in, I went in search of some of the heavier hitting sounds over to be found in the Area V stage. On arrival, Helena Hauff was expertly leaving the ‘Laddies & Lassies’ dancing and roaring in approval with well-crafted techno bombs, swiftly followed by an Amelie Lens set that proved why she is one of the hottest names on everybody’s lips in the industry at the moment, providing most probably my favourite set of the day.

I ventured to check out the ‘Lab’ room next as Derrick Carter was providing a very special Disco set for the occasion. He did so flawlessly with such gems as Donna Summer – ‘Bad Girls’, and George Benson ‘Give Me The Night’ in particular going off to scrupulous delight to the joyous clubbers in the vicinity.

I rounded off my Sunday festivities by heading to see the closing sets from German duo Pan-Pot and the always-enigmatic Rødhåd. Rødhåd brought the event down to massive acclaim and a huge ovation at the close, where the main room was pretty much packed to capacity to witness the Berghain techno heavyweight in all his glory!

Terminal V was one of the best Techno day showcases I’ve seen in the UK for a while, hitting every key ingredient for the perfect techno feast undoubtedly! A memorable Easter, they nailed it! 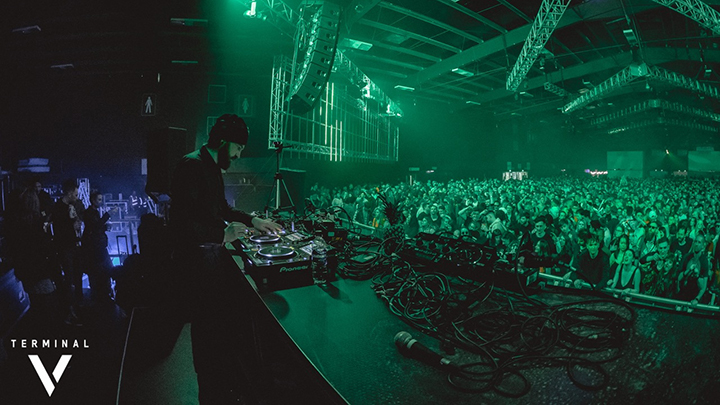 The next chapter of Terminal V is October 27th 2018