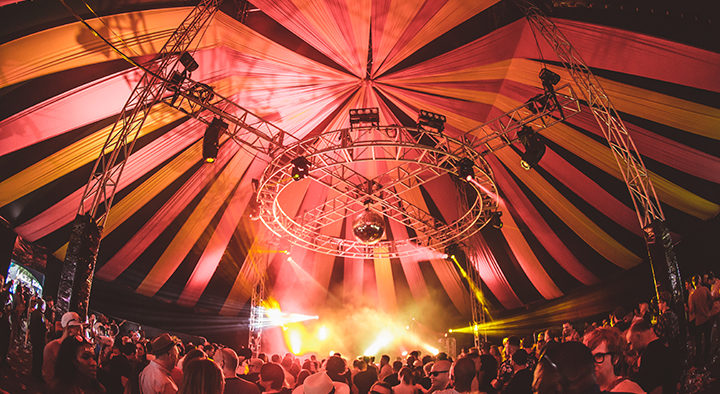 Having attended Southport Weekender’s inaugural London festival last year, I jumped at the opportunity to review this year’s outing for a few reason’s 1) I had a lovely time last year and 2) It would be interesting to see if the Southport guys could tweak a few teething problems (mainly iffy sound) and come up with something even better for 2018?

For those that aren’t aware the Southport Weekender organisation are no stranger to throwing great events having held their namesake events for 28 years (they actually stopped running their weekender events up North in 2015) and are also involved in the Suncebeat festival in Croatia. It was a pleasant surprise to see SPW return last year to stake a claim for what some could suggest was a rightful place at the ever-evolving/growing London festival table? 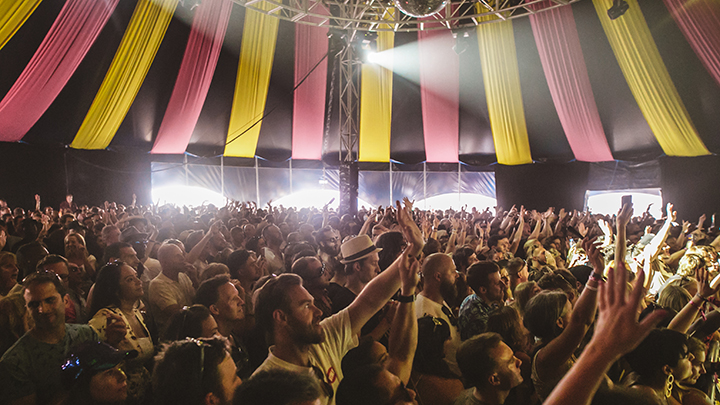 Could they improve on a great first innings? The line up didn’t really have any huge surprises and was very reflective of both last years line up and their events in general, but this isn’t a criticism, the reliability of a line up can be make or break for events and the Southport crew tend to fall in to the ‘If it ain’t broke’ category.

I might as well get this out of the way: I’m like a pig in shit with lineups like Southport’s. I’m literally spoilt for choice. Not only do you get pioneers of the House, Disco and Soul scenes, people like Roger Sanchez, DJ Spen, Josh Milan and Grant Nelson, but you also get a huge selection of London mainstay DJs who have propped up the underground and the airwaves (both pirate and legal) for decades, DJs like Neil Pierce and Ronnie Herel. They go toe to toe with fresh talent like Soulmuch who will be taking the more traditional sound represented at Southport, on to a healthy future.

Not only is it a veritable soulful smorgasbord of DJs and live acts, but it’s hard not to bump into a smiling face that I’ve not seen for X amount of years when we last caught up at a House FM event, or at Bobby and Steve’s infamous Garage City parties. The crowd at Southport are definitely loyal, I give them that. 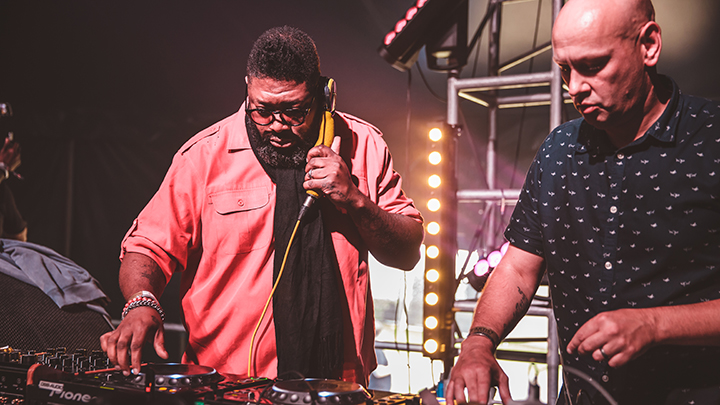 The actual set up was very similar to last year with your standard big top style tents in various sizes along with some open-sided tents, but there were more tents, nine in fact if you included the VIP and VVIP areas that were tucked away behind the main Powerhouse Arena.

We started off going to check Sandy Rivera in the Powerhouse Arena but after about twenty minutes I thought to myself, ‘Sandy has a lovely head of hair, why would he have a cap on?’ ‘Maybe he’s having a bad hair day?’ We were actually watching Groove Assassin as Sandy was running late, so we took the opportunity to have a swift survey of what else was going on. We caught Karizma playing his and Spen’s remix of Sean Escoffrey ‘Days Like This’, Neil Peirce taking on the unenviable task of playing after the House Gospel Choir, who had a packed Deep Into Soul arena in the palm of their hands and Jazzie B playing personalised dubplate after dubplate. We finished this recce off by popping into the Liverpool Disco festival tent. I seem to recall last year this tent being a bit quiet. This year it was the polar opposite but the sound was actually distorting quite a bit, unfortunately, so we went to investigate the VIP area. 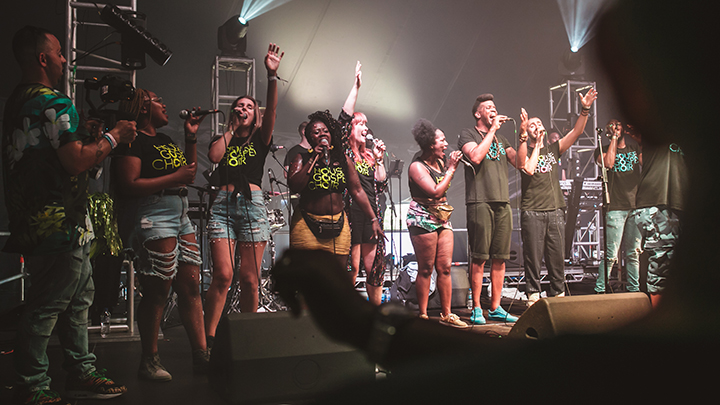 I recognise that hair!! Yep, it was Sandy Rivera who had asked to spin a bit at the VVIP area having missed his main set earlier and the open-sided area soon was full to the brim singing along to ‘Finally’ one of the finest house records ever made. We stayed put to see Soulmuch ably take over from Sandy and keep the soulful vibes flowing as well as the Red Stripe.
Talking of booze, Southport Weekender Festival had an NFC (Near Field Communication) wristband payment system in operation. Basically you ‘top up’ your wristband in the same way you would top up your Oyster Card and of course drinks are odd numbers and not a nice round fiver, so thousands of people will have the odd few quid stuck on their wristband and won’t be bothered about going through the process of claiming that back. Crafty.

It had dawned on me that I had missed the return of the S Men as Roger Sanchez, DJ Sneak and Junior Sanchez had reformed to take over the Powerhouse. There were quite a few other acts I was keen on seeing, like Jazzanova and with the sound and production seemingly improved from last year, the only thing outside of the beer bands that I could possibly question is the fact the line is so stacked, however that is obviously a good problem to have. To highlight this the last sets across the stages had the following DJs playing: David Morales (with live Pas from Alison Limerick, Robert Owens and Juliet Roberts), Joey Negro, Osunlade, Louie Vega, Jazzy Jeff and Grant Nelson. Crazy eh? 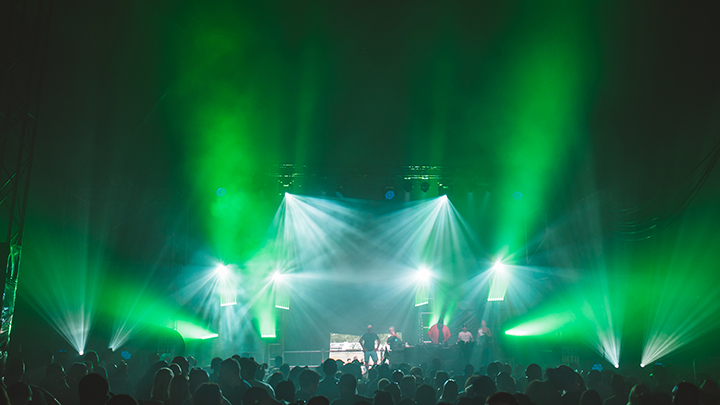 Grant Nelson was one of my highlights from last year, so it made sense to start off watching him. The plan was to stay a while and then catch a few others before sneaking off into the night. Grant’s set was so enthralling and the crowd so into it, we didn’t leave. I got speaking to a guy called Tank (not quite sure if that was his birth name?) who had some huge headphones hanging around his neck “They’re for if the music gets a bit shit” he said. I kid you not. There was no need for those whilst Grant was playing as he weaved his way through a disco-tinged set with a smattering of his personal edits, bopping away with a smile on his face the size of the Cheshire Cat from Alison In Wonderland. 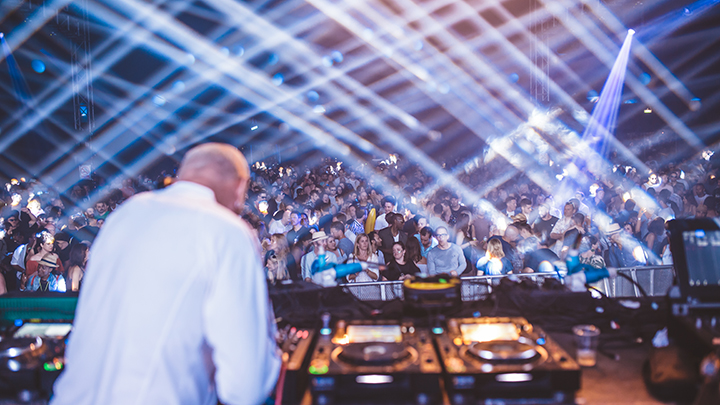 That beaming smile was representative of the whole day in a nutshell. Southport Weekender has the heritage, experience, vibe and following to be a yearly mainstay and to cement themselves as a force to be reckoned with on the UK Festival calendar. Hopefully, by next year they’ve worked out how to clone humans so I can catch even more acts than I did this year.