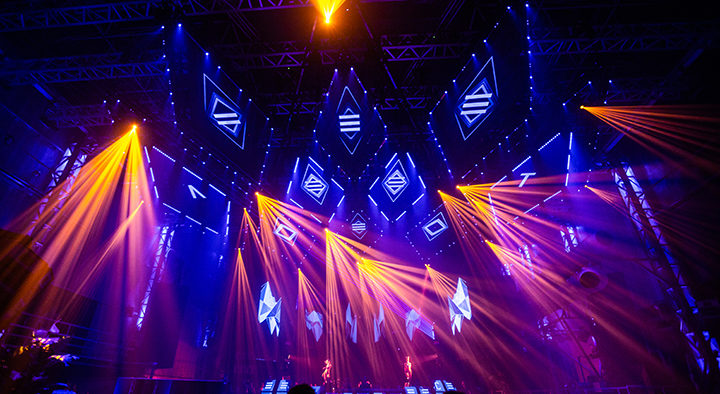 Resistance is back in Ibiza for its second year in a row. The opening took place in Privilege like last year, the 17th of July and it’s planning to rock the island until the 11th of September. This time we’ve decided to go in the second week, 24th July as the line-up was just too tempting. In the main room, Fabio Florido started the night followed by Matador that smoothened the exclusive Dubfire b2b Nicole Moudaber b2b Paco Osuna followed by the legendary closing of Richie Hawtin.

The terrace was opened by Lauren Lo Sug, followed by Hito, Ellen Allien, Nastia and the b2b closing between ANNA and Francesca Lombardo. In the little garden in between the terrace and the main room Model 1 was hosting an event called Open Decks where twelve DJs showed their skills from 23:40 till 3:40 in the morning. It’s more than evident that Resistance brings and will bring for the rest of the Ibiza summer season proper festival line-ups and outstanding staging. 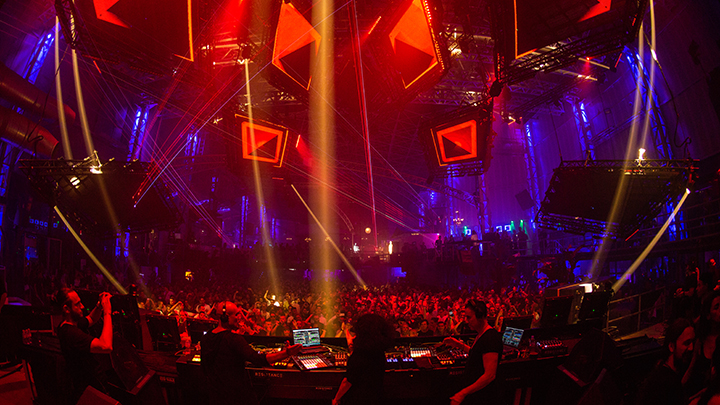 At this event, I had some special guests to accompany me and enjoy this special party. Gretsenia Martin a well known Ibiza local DJ originally from Venezuela and Angel Lizandra, an event manager from Barcelona that works with Creaductions, an events company known for organising events at Monumental Arena in Barcelona during Sonar, for example, just a couple of months ago. With these two by my side, the party was guaranteed.

I firmly think this is how being in the Star Trek series feels like. That night we felt like travelling into a unique quest. If last year Resistance made their point that techno is still massive and that rave is and will always be a lifestyle, this year they exported their vision in the outer space and took everyone in the club with them.

Angel said you should start your review with “the best visuals in Ibiza”. I didn’t start like that but for a guy like him who organises big parties in festivals like Sonar to say that it sure means a lot. 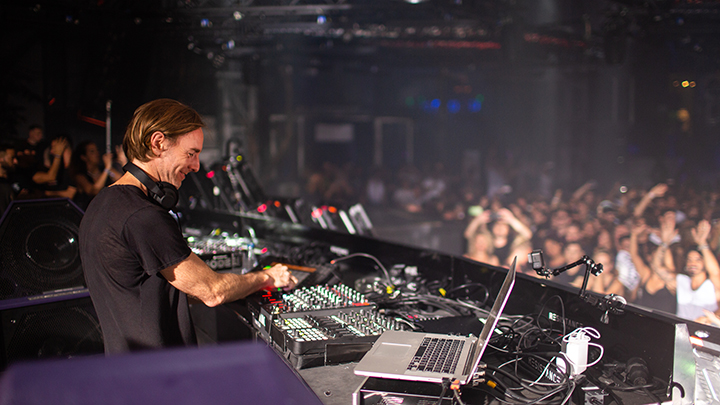 The music and the staging were perfectly synchronised. Tracks like Snoki’s ‘Hypnotize’, ‘Factory Settings’ by Catz’N Dogz Feat. Joseph Ashworth or ‘Solid Buzz’ by Industrialyzer sounded and blended into each other as the incredible triple b2b between Moudaber, Osuna and Dubfire made the room explode. And believe me; it sure looked like it did. The retractile ceiling with visuals that simulate the explosion of a volcano and the Funktion One sound system really helped introduce us into this crazy trip offered by both the music and the visuals. From futuristic elements to volcanoes that turned into ice and alien shapes, all this climaxed during the set of Richie Hawtin into a supernova explosion as the techno father was showing everyone how pure techno sounds like. It’s my first time at Resistance, says Gretsenia. I was really impressed by all the artist’s performances in perfect sync with the lights and the seduction of the metallic dancers. Excellent music well served with the best equipment. I checked out the terrace as well and even though it wasn’t full the talent was bursting out of the room.

By the end of the night, around 7 am Richie Hawtin was performing an epic closing and on the background, the lights started to simulate a proper club. Let’s say we were brought back to earth in the biggest club in the world and if you think for a bit probably the only place where you can actually land a spaceship full of devoted fans.

Don’t miss out next week on the 31st of July when Carl Cox takes over to celebrate his birthday!

Tags:
Previous Article
Reviewed: Bluedot Festival 2018
Next Article
Kyle Watson’s debut LP ‘Into The Morning’ to be released on This Ain’t Bristol

Sonus announces phase one for its 10th anniversary in 2023

Kyle Watson’s debut LP ‘Into The Morning’ to be released on This Ain’t Bristol
Grahame Farmer July 30, 2018