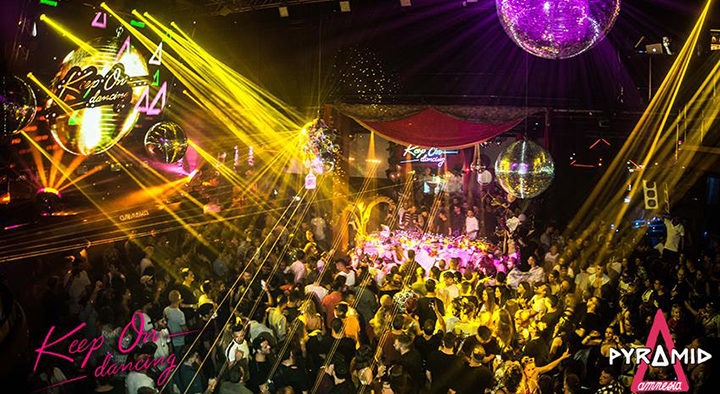 Amnesia is a club that has its Ibiza personality well built, making it one of the best in the world. Its praxis is based on leaving its space to different parties or events to showcase their own personality during the summer. If that character is attractive, the party can go on season after season until a cooler one takes its place. This is obviously a very simple way of putting it, but in its essence, it’s pretty much how it works.

For more than ten years, on Mondays, Sven Sväth´s Cocoon has been Amnesia´s star night until this 2018 season. It seemed like a problem in everyone´s eyes. Whether it was a problem or not they came up with a solution. It wasn’t even necessary to look further than the club´s logo to come up with a catchy name.  I am talking about Pyramid, Monday´s brand new star event. For 17 weeks they´ve proved every time that music is what matters and they didn’t do that alone. They joined forces with another party that had its roots in Ibiza called Keep On Dancing. This event saw its origins in friends hanging around having fun in their own particular way, with their specific personality that ended up being attractive to many attendants. With these two forces joined the only direction to go was up and with every week that passed they presented better line-ups and more attention to detail making out of every week an essential lesson of improvement. 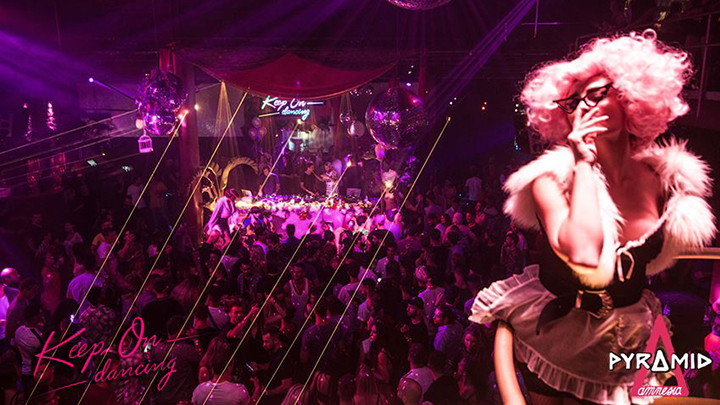 Last Monday, September 24th I attended the closing of Pyramid and even though I’ve been attending this event several times during this summer I firmly believe this was the night to remember and the one that should be reviewed.

In the Main Room Keep On Dancing was taking over with an exquisite production starting with a change of the distribution of the club room’s space. The DJ booth was placed on the right of the room as you enter from the Terrace and not in front like we are used to. In front of the DJ booth that now was lower, you had a display of dancers moving and performing on a stage that seemed to be a replica of Queen’s video ‘I want to break free’. Kanario opened the Main Room followed by Boris Werner, Djebali’s B2B with Mar-T leaving the closing to Cuartero B2B Hector Couto. House and tech house vibes were flourishing from the booth towards a happy crowd. 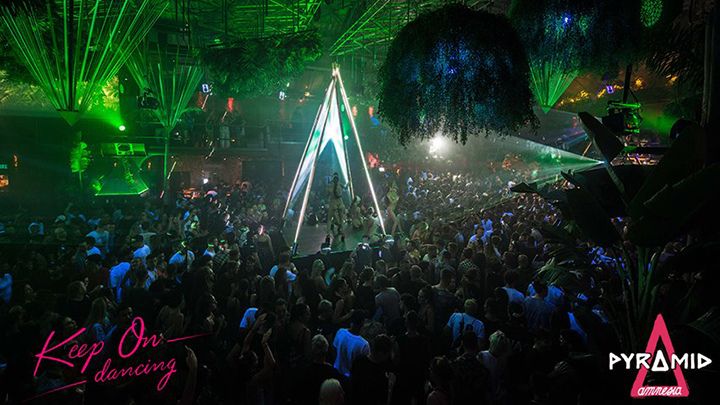 In the Terrace, an entirely different line of music was coming from the handmade sound system specially made for Amnesia, called V-Prof. The decoration is very abundant in green ivy with a lot of lights that shine in pyramid form and lasers that point each one of our exciting faces. 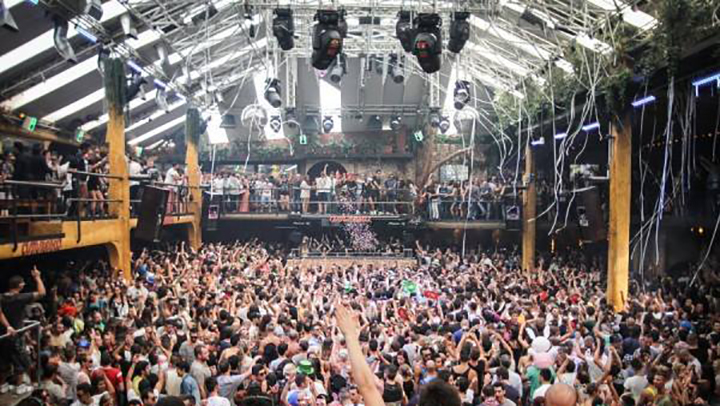 Ricardo Villalobos brought his well know friends, the Romanian lads that form A:RPI:R, Rhadoo, Raresh and Petre Inspiresu. Some call it Romanian Techno, others Rominimal, you can call it however you want the important thing to remember is that since the year 2000 these artists have developed a genre of electronic music exclusively linked to them. Ricardo Villalobos played with each one of the A:RPI:R members with great skill. You could tell Ricardo was comfortably playing in the club that can easily be called his second home while the boys were carefully executing every mix as if they were engineers with great skill and humbleness. From time to time they would throw a shy wave and smile to the public that was absolutely mesmerised by their sound. This sound is very particular because it breaks with the classic structure of today’s musical productions. It has very rarely intense buildups nor massive beat drops. The bass nevertheless plays a crucial role when a lot of times forms a melody by its own. These tracks always seem to have a linear sound that never stops and acts like the spinal cord, an element that hooks the listener. They never actually bass drop, they mix two or three tracks at a time so a lot is going on, many synths and loops conquer your hearing and attention. It’s in those moments when they remove the bass only to put it back at a specific time giving the impression that the track gets more intense. I can say their music is dense; it gives me the feeling that if I raise my arm, I can grab the sounds that float above my head. Because of the complexity of the mix they can easily play a track for 12 minutes or more, and you never get tired of it. The most important thing about this rominimal is that using dark sound elements, they build agile rhythms and  fun music to dance on. There is certain violence and darkness in their music that is not aggressive. The contrast in their music is overwhelmingly good. 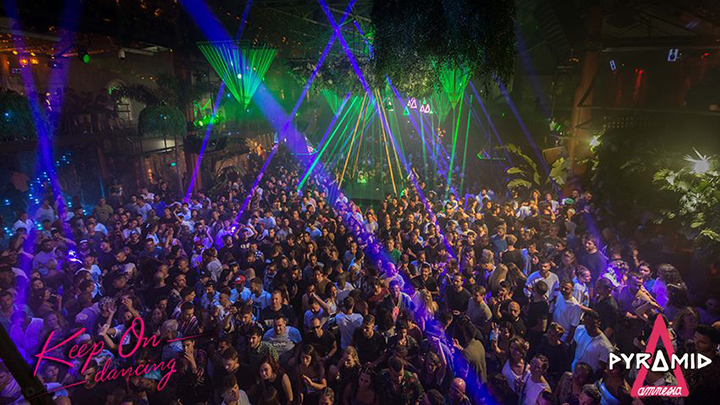 Everyone there was hooked to the sound, I even saw Seth Troxler dancing next to the DJ Booth. I also ran into DJ friends that came from different cities only for that night as in the underground world this was for them the event of the summer.

Looking forward to seeing what happens next in Amnesia’s Pyramid.